Wow! I Wasn't Expecting That! 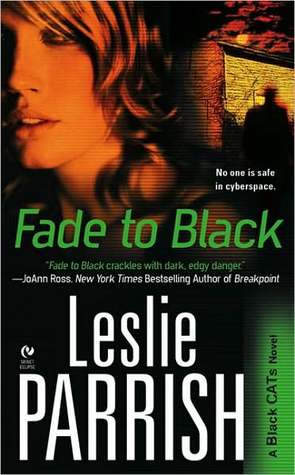 I've never been so pleased to have stumbled across a book written by an author I'd never read before and given the book a chance based on nothing more than the genre (romantic thrillers are a favorite of mine) and the reviews. Fade to Black is one of the better ones I've read. I'm very happy I found it!

The genre itself presupposes a small amount of formula - there has to be a bad guy (or group of bad guys) that do bad things who need to be stopped from continuing to do those things as soon as possible. Given how many romantic suspense/thrillers I've read, I'm perfectly okay with the formulaic requirement. Often what separates the grain from the chaff in this genre isn't what's happening, it's how it happens and who it happens to.

Well-paced, carefully plotted, and not excessively gruesome while still being horrifying, Fade to Black offers up a solid cast of characters that don't feel like new characters. In fact, I was truly surprised this is a first book in a loose series, because the secondary characters in particular - the Black CATs - and their history seemed solid and fleshed out, and gave me more of a sense of history between them and in their work than I would expect for a first book. Very well done, because reading Fade to Black felt like sliding on a pair of really comfy jeans already broken in.

And about those characters - THANK YOU, Leslie Parrish for giving your book and your readers a male lead who wasn't an overprotective, chest-thumping troglodyte and a female lead who wasn't a neurotic victim-in-waiting. Maybe I haven't been reading the right books, because lately I've been stuck in books with whiney, self-absorbed female leads who manage glaring moments of stupidity and self-destruction with males falling all over themselves to either save or protect them, no matter how much nicer it'd be for the reader if they just got dead.

And for the record there is a wide, thick line between "strength" and "bitch," people, and women can have one without being the other. I wish more authors would realize that. Parrish does.

Fade to Black's Sheriff Stacey Rhodes is an intelligent, competent, professional woman who handles herself and her job with aplomb. She has depth and carries some baggage, but nothing that cripples her...or the reader by being hammered over the head with it over and over and over. Stuff she needs to work through. Special Agent Dean Taggert is a better man than he thinks he is, and is also good at what he does, and his baggage from his recent divorce hasn't turned him against women or made him bitter against women in general. And he loves his son.

When these two meet under circumstances I'd image no law enforcement agent would ever want to contemplate, the sparks are instant, but the acting on them completely realistic and refreshingly adult. As their relationship strengthens and deepens, it does so in a healthy, real way that was such a...relief...after some of the overwrought emotional tugs-of-war that I've read. It was surprisingly satisfying and gave me something to smile about.

And believe me, given what's going on around them, I needed something to smile about. I've read darker in the genre, but Parrish doesn't pull any punches - she just keeps most of the gore from those punches off screen. If I had to guess, I think some people may be disturbed by aspects of this book, and the way in which certain scenes are dealt with. Personally I found it dark, but craftily written. Nothing damaging or haunting (I've read one or two that have given me nightmares...and I don't scare easy), but dark, so be warned if you don't like dark.

Though...if you don't like dark, perhaps this isn't the genre for you.

All in all, a solid read that I enjoyed very much, and I've already downloaded Pitch Black, to be read soon. I'll be keeping my eye out for anything else Parrish has written or will write. I really like how she does it.

Return from Fade to Black to Romantic Suspense Genre

Return from Fade to Black to OGBDA Book Review Home