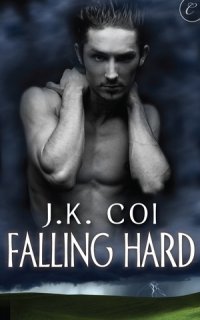 Music is a dark passion for rock musician Gabriel Gunn, as well as his vehicle for emotional expression. It reflects the rage and pain that stains his soul after a life of tragedy, horror, and pain.

But not everything is misery for the rocker. His band just closed out a wildly successful tour with their best performance to date and he's looking forward to a couple weeks of rest and relaxation as he leaves the venue with his best friend and band manager David. In that moment, Gabriel was feeling pretty good with the world in general.

The moment was fleeting.

Before Gabriel could wrap his mind around just how quickly his life had turned to hell yet again, he and David stumble onto an incomprehensible scene of shattered glass and blood, the dead stare of the murdered driver haunting them both. Then life took an even more twisted, surreal turn when a figure separated from the shadows and drew a bloodied sword. David fell under the blade and Gabriel was run through trying to defend him. Just before he passed out, Gabriel saw her. A woman he'd noticed backstage during the concert. As his world went dark and his blood spread in a widening pool around him, she engaged the fiend that had attacked them. Like a stained snapshot, she was the last thing he saw - her hair like moonbeam, her sword like silver fire...her wings...her wings...

Guardian angels are a myth. Angels, in fact, didn't much care for humanity, considering them as little more than the usurpers of a realm and planet that the angels wanted for themselves. Despite that, Amelia had guarded one man since birth, using her angelic abilities to protect and hide him both from others of her kind and from himself. It was an emotionless task, as Angels had long ago given up emotion. At least it was supposed to be.

Amelia, however, had been in the human realm for too long without the angel song that fed her soul and kept her alive. And kept her emotions bound. Still she remained with Gabriel after chasing off his foe. Guarding him, watching him, feeling for him. He was her charge and she failed him, humans dying for her mistake. It is not one she would be repeating. It wasn't only her life depending on her continued success, either. If by some chance what is inside Gabriel is released, it will start another angelic war.

What she hasn't told Gabriel, though, is a secret that could change everything, a truth that could destroy even the last vestiges of hope. For what is rising inside Gabriel is a force of evil unmatched in both their realm's. Gabriel Gunn holds inside himself the soul of Lucifer. His fate is sealed, his options are limited to two: die to guarantee that Lucifer's soul doesn't rise, or lose his soul to Lucifer's ascension then die.

While I've enjoyed my share of dark paranormal romance, I have to admit, Coi's Falling Hard didn't thrill me as much as I'd hoped it would. I had a very hard time feeling any sort of connection to the lead characters, the world building was well-developed but grim, the main threads of the plot seemed limited and lacked depth, and the tone of the story lacked the glimmers of hope or redemption that make dark themed tales appealing or satisfying reading for me.

The hero Gabriel was so angst-ridden and filled with rage that he didn't invite much sympathy, despite his history. I considered him more of an anti-hero, but the story didn't fully support that label, either, so I just couldn't seem to invest in his plight. Amelia was slightly more appealing as the angel who had been tasked with guarding Gabriel since his birth. As a warrior she was strong and coldly competent, as a female who was experiencing emotion for the first time in millennium she was less appealing to me. My oft-mentioned prejudice against weak female characters got stirred a few times by several scenes in which Amelia came off as a naive ingenue type when viewed against the jaded carnality of Gabriel. It didn't work for me.

The story vaguely reminded me of the start of Adrian Phoenix's dark urban fantasy series, The Maker's Song, though more in tone and a few minor similarities in the main characters than in plot or world building. Falling Hard has the same sense of grim inevitability, and the lead characters in both are dark anti-hero types with tons of baggage, with romantic leads who are warriors intent on protecting them, but neither the plot nor the world of this book have as many secondary and ancillary plot threads to add depth to the story, nor is the book as heavily populated by secondary and ancillary characters as Phoenix's.

When I finished the novel I checked the author's website to see if I could determine if Falling Hard was a stand-alone book or a series debut but the results weren't conclusive. I felt vaguely uncomfortable and conflicted by the book's ending. For me, it offered no redemption, little happiness, and too few overall positives, and I wasn't thrilled with the culmination of Gabriel's character. If this is a series debut, some of that would be forgivable, even understandable, because I expect characters to expand and evolve and their stories to become more complex as a series progresses. It doesn't bother me as much if those aspects are a bit rough at the start. Not knowing forces me to view it as a stand-alone, and in that regard, neither the characters and their romance, nor the external conflict and resolution were enough to fully engage and entertain me. 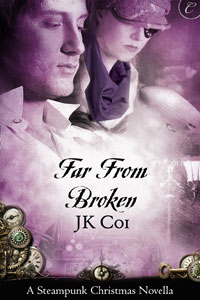 Return to top of Falling Hard