Promising Debut Despite a Few Bumps 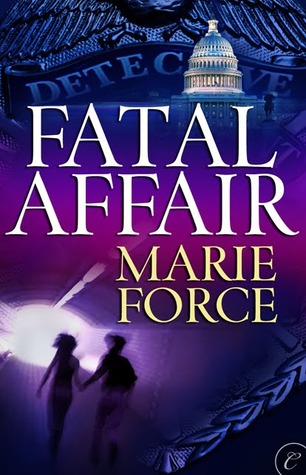 Six years ago an evening of intense emotional and physical connection got mistaken as a one night stand when a jealous roommate-née-ex-husband failed to tell Sam Holland that Nick Cappuano had tried to call her several times after they spent an unforgettable night together. Now the Metro DC police sergeant is on shaky professional ground, just back from a month-long administrative leave after a shooting incident ended in the death of a child. When she gets the word that a young U.S. Senator has been brutally murdered and she's been named as lead detective on the investigation, Sam suddenly comes face to face with her past in the form of the senator's chief of staff and the one man she's never forgotten, Nick.

Her job depends on a speedy arrest, but it's hard to concentrate on the trail of a killer when Nick is near, especially when she finds out what her ex-husband did, what he stole from her by keeping Nick's calls a secret all those years ago. Catching a killer and putting her personal life to rights may be a lot to hope for, but Sam's a good cop, and once Nick finds out that Sam hadn't blown him off after the greatest night of his life, he's just as intent on making sure she thinks about what they could be to each other. Forever.

Kicking off an exciting romantic suspense series with a nifty political backdrop, Fatal Affair has some great moments. Marie Force keeps the pace of the narrative quick and moves along the aspects of police procedural, which is sometimes a problem in suspense novels. Instead of getting bogged down by minutia or seeming too dry with legalities, Force found a nice balance between character relationship plot threads and investigation plot threads. She also displayed a canny ability to sequence the investigative reveals as the story progressed, doling out clues and tidbits of juicy information judiciously, keeping the investigation fresh and relevant for the reader.

Sam and Nick are solid romantic leads, their romance interesting and their connection obvious. They were a comfort to each other when that comfort was needed, and incendiary when the heat stirred. I liked them as a couple quite a lot, actually. I also enjoyed the secondary characters. There weren't any surprises there, really, pretty standard for the genre: the former cop father, the partner with quirks, the close family friend who's Sam's boss. What was nice was the rapport between Sam and her partner Cruz; there was a lot of fun, snarky dialogue between them. Also nice was the setup for future conflict and story development concerning the unsolved crime that ended her father's police career and put him in a wheelchair, and I appreciated the layers the issue of his disability added to the relationship between father and daughter.

The book wasn't without it's rough spots, however. The beginning felt very awkward to me. The dialogue between Nick and the senator's aide concerning Sean's death didn't work for me. It felt stilted and wrong and Christina's reaction in particular didn't feel natural in the face of the sudden death of a loved one. I was also troubled by the too-fast and inappropriate initial introduction of Nick and Sam's relationship. Sam's lack of professionalism in mentioning personal issues while fresh on the scene and new to the investigation was disturbing, as was the rather fickle emotional reaction of Nick. In fact, his focus and intent interest in Sam seemed misplaced considering what he witnessed and the nature of Sean's death. For something so devastating, he never quite seemed affected by it beyond the first day.

I had a couple of other issues, as well. There were too many unexplored avenues in the investigation and several in which the follow up and focus came way later than common sense should have dictated. Compounding those issues were the occasions when both Sam and her partner's professionalism grew lax, something that was hard to believe considering the scope of the crime, the identity of the victim, and the ramifications of the case on Sam's career in particular. Also, a bizarre and sudden emotional conflict that cropped up between Sam and Nick in the epilogue of all places came out of nowhere and hadn't been given enough of a foundation to be completely plausible.

Regardless, there was still a lot to enjoy about Fatal Affair, and the book works well as a series opening salvo. It entertained me. It bobbled a bit here and there, and there were parts that didn't work, but the book introduced readers to characters who they can root for and care about, characters to follow after and read about throughout the life of the series. If this book is indicative of what's to come in the series, readers are going to enjoy mysteries/thrillers complex enough and well executed enough to entertain, even if they're not entirely perfect. I'm interested in seeing what comes next for Sam and Nick. I think others will be, too.

Return to top of Fatal Affair