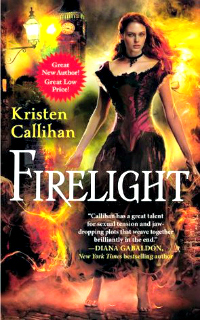 Disclosure: An ARC of this book was provided to me by Forever books publisher Grand Central Publishing via NetGalley.

Miranda Ellis doesn't want to marry a stranger, nor is she fond of the idea of being sold into matrimony for the money it would bring her father. For that matter, she has no idea why a man of wealth and status such as Lord Benjamin Aldo Fitzwilliam Wallace Archer, third Baron Archer of Umberslade, would have any interest in her for a wife. Regardless, her options are limited. She can either accept Lord Archer as a husband or be kicked out of her family home and forced into a life worse than that which she'd been living. Continue life as a thief - and less pleasant things - to barely scrape by or be able to eat regular meals and hold her head up in society as a peer.

Miranda is not a stupid woman. She agrees to marry the mysterious Lord Archer. And then she sees the man she has agreed to wed. Tall, strongly built, and completely covered from head to toe. Not an inch of hair or skin showing. Over his face is a hard, painted mask that reveals nothing but the color of his eyes. It seems the mysterious Lord Archer has secrets to keep.

Then again, Miranda has her own dark, desperate secret. One she has no intention of sharing any more than her new husband appears to have any intention of sharing his. She does wonder though, what it is about Archer that stirs her blood and tightens her stomach, making her yearn for something she can't name and doesn't understand.

He's a selfish bastard. He knows it. Still, for the three years since he first met Miranda, not a day went by that he didn't dream of her, think of her, and ache to be with her. He'd hoped to meet her without the mask but couldn't bear to wait any longer for a cure that may never come. He needed her near him too desperately for that.

It's an impossible situation, though. He is not worthy of her, cursed as he is. Still, something in Lord Benjamin Archer refuses to quench the glimmer of hope he has left - to find a cure, to be free of the mask, and to be with the woman he's loved since the moment he laid eyes on her. And he has every intention of taking as much joy as he can in her presence while he races for the answers.

The game changes drastically, though, when the first victim of a vicious killer turns up. An old friend of Archer is butchered gruesomely and Archer is named as the alleged villain. Suddenly finding a cure isn't nearly as important as keeping Miranda safe from a deranged lunatic and out of the line of fire. Unfortunately for his peace of mind, Miranda seems to think the exact thing about him, and she's woefully unprepared to handle what his past has finally, after all these years, brought to his door. In truth, even with all his abilities, Archer may not be prepared for it either.

Firelight is an exquisitely crafted historical paranormal romance that blew me away with its originality and heart. I've never read anything quite like it. Imbued with a richly Gothic tone that added gravitas to the world-building and plot development, both masterfully woven throughout the narrative, the book was splendidly atmospheric and precisely set for maximum emotional impact.

I liked Miranda as the heroine. Fiesty, fierce, determined, she's a hell of a woman, one who didn't let convention hold her back. I get so tired of high society socialites and debutantes of the ton in historical romance, women who are bound by the constraints of class to the point that independent thinking is considered a faux pas. With the reversal of her family fortune and lack of title, Miranda is not a member of the peerage and she has a sense of independence and intelligence that I found very appealing. I also loved that her past is checkered and her ability has given her a sense of safety that's molded her personality as she's navigated some pretty dark waters while growing up.

When it came to Archer...wow. I loved him to the depths of his scarred and oh-so-lonely soul from the moment he first races to the rooftop greenhouse following his marriage to Miranda. To that point he seemed so rigidly controlled, so poised, so...cutting and closed off and borderline defensive when they spoke just prior to exchanging their vows, then he gets her home and you find out just what an emotional mess he really is when it comes to her, and how self-deprecating he is about his weaknesses and faults. I just adored him, and my heart broke for his circumstance...even as I cursed Callihan for being so dastardly crafty doling out the bits of information about just what his circumstance is.

I don't like flipping to the end of a book to find out how things turn out, or assure myself everything's going to be okay, but I have to admit...I came damn close to doing just that so very many times in this book as the grim reality of what Archer and Miranda were facing closed around them like a juggernaut of hopelessness. It was captivating, and it had me totally caught up in their story as it unfolded. I couldn't wait to see how it all turned out, and have never been so unsure about whether a book was going to end well. And no, I'm not going to tell you if it did.

For all that I loved the book, though, there were a couple of things about it that didn't sit quite as well as the rest. I struggled with the beginning and felt I was missing something in the prologue and first chapter. As a general rule I don't think I have any right to complain about feeling like I've stumbled into movie theater halfway into the movie when I pick up a book in an existing series and haven't read the previous books. When I'm reading the series debut, however, I'd appreciate not feeling like I missed some crucial story elements that may or may not exist in a prequel I haven't yet read.

That's actually a pet peeve of mine. I avoid most anthologies and don't read many novellas, but I don't think I should have to worry that I'm missing out on world or story setup for a series because I don't read every .5's in the series list.

Beyond that, though, I really didn't have many issues with this fabulous novel. I do wish Miranda's affinity for all things crackly and hot had been given more depth and explanation in the story. We're told she's had the ability to firestart from birth and doesn't really know where it came from or why she has it, and as a plot point, that never really worked for me. I would have also appreciated seeing her use it more often, control it better, own it in a way that she didn't quite manage in this book. The few times she does go supernova were fantastic and I would have loved to see more story surrounding it.

My only other minor quibble is near the end, which I'm loathe to mention in detail for spoiler sake. I'll only say that there was a startling lack of urgency in Miranda at a crucial part of the climax. It provided an opportunity to learn exactly what happened in the past that brought the story and characters to that point, but didn't make a whole lot of sense given the alleged level of desperation and critical timeline.

This dark, decadent blend of Gothic horror, heart-clenching romance, and paranormal presence was so brilliantly conceived and constructed that despite those few niggles, I was thoroughly entranced by the read. It's definitely one of my favorite books of the year to date and I can't wait to see what Callihan has dreamed up for the next installment. Hell, I'm thrilled to know that this is a series and there is a next installment. Creative. Original. Well-crafted. Intense. Exciting. Unique. Firelight truly is all that and more. 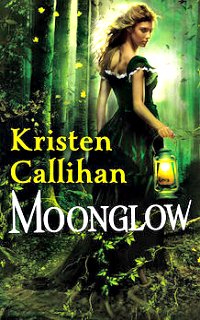 Return from Firelight to Paranormal Romance

Return from Firelight to One Good Book Home