First Drop, But Not the Last...Thank Goodness

If you're not already familiar with Jeaniene Frost's Night Huntress series, go no further than to your nearest bookstore or online connection and look them up, because First Drop of Crimson is a spinoff novel in an already well developed world. Frost doesn't waste a lot of time explaining that world to new readers here. It was done in a rather cursory (and if you're unfamiliar with the characters and world, confusing) manner. That's not a complaint, as I am very wonderfully familiar with the world and the characters, but it's something I believe a new reader should know. Also, if you're familiar with the series, but haven't read all four published to date, I don't recommend you read First Drop of Crimson (yet), as there are things and characters mentioned in this book that will be spoilers unless you've read them all.

Okay, now that the Public Service Announcement (PSA) is out of the way, let's talk about First Drop of Crimson. I was very excited when I learned of this spinoff, and like many other readers, thought it would be great to spend more time with Spade, as he's been a favored secondary character throughout the Night Huntress series. In First Drop of Crimson, Spade is called to the aid of Denise Macgregor (Cat's best friend from the Night Huntress series) when Denise gets stuck with a demon problem courtesy of a distant and deceitful relative. While Spade starts out as a slightly reluctant assist, he quickly changes his tune when the spark from their initial meeting (in the Night Huntress Series) turns into a conflagration. Even Denise's humanity (and Spade doesn't do lasting relationships with humans...anymore) isn't enough to keep Spade from giving up his heart when he lends a hand. What's an autocratic, former landed gentry in regency England, to do?

With a cast of characters that is pleasantly familiar, this novel is evenly and quickly paced, and after the abrupt start (Denise loses a cousin, finds a demon, and gets help from a vampire all within the first twenty-five to thirty Kindle clicks) the ride smooths out and the story takes off in a pleasing direction.

That's not to say I didn't have any issues with First Drop of Crimson. I did. I wasn't as enamored of Denise for a main character as I was of Spade (who I just adore). I didn't dislike her, really, she just didn't make the sort of impact that I'm used to Frost making with her characters. The romantic aspects between the two of them developed in a relatively realistic time frame, but by the third or forth time Denise tried to control her wayward heart by assuring herself that Spade's behavior was an act (that'll make sense when you read the story), or that her feelings were too soon after the death of her spouse, I was bored with reading that as an excuse. Also, without including any spoilers, there were a few aspects of the denouement of the conflict between demon and vampire/human-ish that seemed a bit too pat to be ultimately satisfying.

On a brighter note, I was pleased that Frost was able to bring beloved (or fondly bemoaned, as in Ian's case) characters from the Night Huntress series into a new and expanded venue and still keep them recognizable. That's a big stumbling block for a lot of authors even book-to-book, let alone jumping series' and genres like Frost did here. And that's another PSA I should've mentioned - admittedly, I didn't do any research on it other than knowing that Frost was releasing an expanded-world novel in a spin off, but I was surprised (not unpleasantly, as I like the sub-genre) to find out that unlike the Night Huntress books, which is more of an urban fantasy series, Night Huntress World seems to be more of a traditional paranormal romance series, in that each book features a different character finding an HEA (as much "ever-after" Frost allows, anyway - and she does tend to get a bit deadly to her secondary and ancillary characters, so who knows). I say "seem" only because the next book in the spinoff series, Eternal Kiss of Darkness, set to be out August 1st, 2010, features the mighty Mencheres - master vamp to the nth degree - and a new female lead, but I don't know for sure if that trend will continue with other secondary characters from the NH/NHW series.

I'd definitely recommend First Drop of Crimson, but I'd do it a bit more forcefully for those fans of paranormal romance series than urban fantasy junkies. And for newbies to the world, here are the books I'd recommend you read first:

One Foot in the Grave (Night Huntress, Book 2) 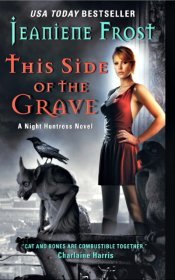 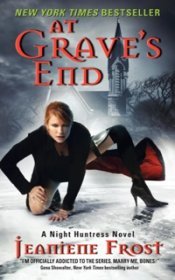 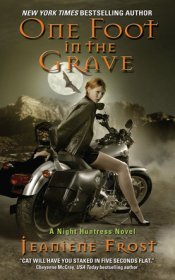 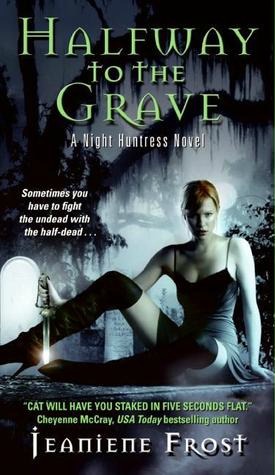 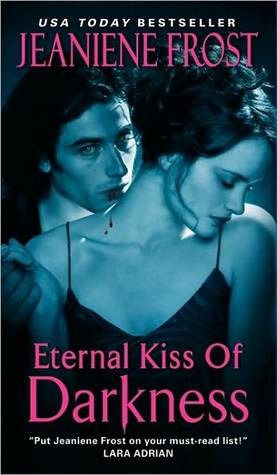 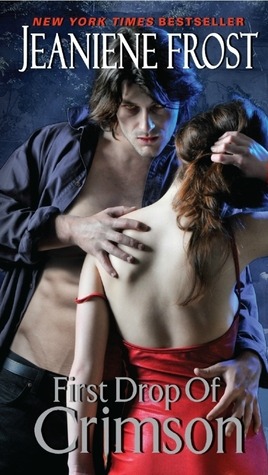 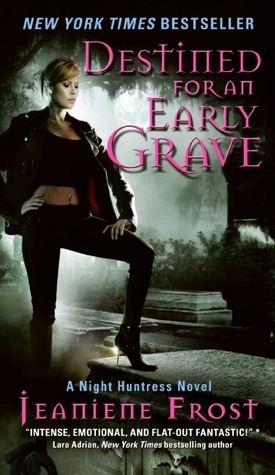 Return to top of First Drop of Crimson