Sweet Romance With a Bit of Bite 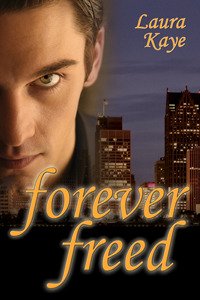 He lost his wife and young daughter the night a monster slipped out of the shadows and stole his humanity, leaving him forever changed and his family little more than broken, bloody dolls. He had never forgotten, and he'd never forgiven himself for not being able to prevent their slaughter. Every year for over one hundred of them he paid tribute to their memories during the month in which they were slain with ritual he took from his Italian heritage, but this year, alone and weary of the press of humanity's emotions on his empathic abilities, nearly starved from his self inflicted fast, the weight of Lucien Demarco's penance and remorse threatens to destroy the final flickers of his soul.

And then, just as desperation starts to sink its deadly claws into him, he sees her. And she sees him.

The little darling is like a miracle, an adorable human girl named Ollie, a child who sees him. Unlike every other creature on the planet, she doesn't shy away out of some primal instinct, but waves, and with a cherubic smile, brings him into her world for the span of a beat from a long silent heart. Then, on the heels of that encounter, Lucien's empathy is overwhelmed by a feeling of such pure bliss and joy, an incandescent feeling of such rightness, that he's drawn to the inexorably to the source. Happiness the likes of which he'd not felt in over a century fills him up and, out of a nearly maniacal need to bask in the warmth of it, he plans to take the source of it all inside himself and make it his own. Even though to do so makes him the monster he knows himself to be, because it means the death of a young and pretty woman named Samantha.

He stalks her like prey, watching and waiting for the moment he will sink his fangs deep and take her essence into himself. The moment never comes. In fact, the longer he watches her, the closer he gets to her life, and when he finds out that she is Ollie's mother, Lucien finally realizes that Samantha is no longer his intended prey, but the source of his ultimate salvation.

After loving Laura Kaye's novella Hearts In Darkness, I knew it was just a matter of time until I read more of her work. This lovely paranormal romance hearkens back to a classic romantic style and it's written with a depth of emotion and an elegance that I appreciated. It wasn't quite as successful for me as her novella, though, for a couple of reasons.

I don't prefer romances told in first person point of view. I find it too limiting in fleshing out the characters of both sides of the relationship, which poses a major problem in character-driven stories. It was a drawback for me in this book. While Lucien was well rounded, complex, and wonderfully broody as the male romantic lead, a role that was nuanced and emotive, Sam's character seemed very two dimensional and she came off seeming too good to be true, lacking any flaws or peccadilloes that would add flavor to her role...no pun intended. Ollie was a charmer, but she too seemed a little one-note, and an explanation about what made her different, what made her see things as they were - something that could have added depth to her character - was notably and painfully absent.

The plot also posed a problem for me. I loved the classic romance feel to it, but honestly, the first half dragged a bit for me for the very lack of conflict in it. The only conflict posed was strictly internal on Lucien's side, his vampire nature causing him several fairly predictable issues. Unfortunately, I didn't find it all that compelling, and the lack of relationship conflict weakened those aspects of the story for me. An external conflict was introduced a bit later than I would have preferred, and when it came, it was a rather shockingly abrupt about-face that unbalanced the narrative for me.

I wish Lucien's vampire family had been better incorporated into the whole of the story, and I wish the external conflict had been fleshed out a bit more. Both would have added a depth and dimension to the book and kept the romance plotline from dragging in the middle. That being said, Kaye proved yet again that she can reach into a readers hearts and with a few words, yank the emotions from them, twist a little, and make them feel exactly what she wants them to feel. There was a moment in this book, a single sentence, really, in which every single ounce of emotion Lucien felt, every dream and prayer for a future he feared losing, was so beautifully and articulately expressed that it felt like someone reached in and grabbed my heart and throat and squeezed. Hard.

Moments like that, however fleeting, are rare and precious treasures in books. With this book, Kaye has now given me at least one in each story of her's I've read. That's a pretty impressive accomplishment. And it's why I'll keep reading her work.

Thank you for taking the time to read and review my book! 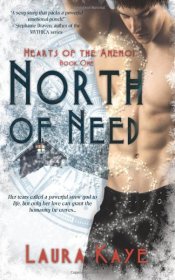 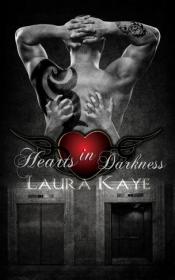 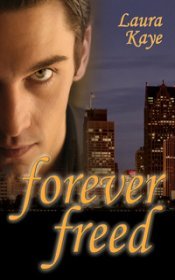 Return to top of Forever Freed