A Little Odd but Entertaining 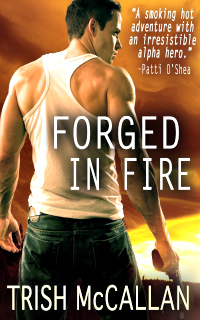 Disclosures:   This rating, review, and all included thoughts and comments are my own.

Note:   This review is based on a previously released version of this book, which may differ from the version released 9/4/2012.

It was just a crazy dream, right? That's what Beth Brown kept telling herself, right up until she locks eyes on the three men she'd dreamed about the night before, men she saw die as they fought the hijackers of the plane getting ready to board from gate C18.

Was it really a dream...or was it a premonition of death and destruction the likes of which Beth could hardly comprehend? One that showed her a man whose name she knows and whose face is as familiar to her as the back of her own hand despite never seeing him before in her life. A man who would fight violently against the carnage that was coming. And lose.

Navy SEAL Lieutenant Commander Zane Winters wasn't looking forward to wasting three days of leave flying to Hawaii for a wedding, but when his gift suddenly descends on him and thrusts him into the bloody visions of the imminent deaths of his platoon buddies and traveling companions Rawls and Cosky, all thoughts of leave evaporate like so much smoke.

Moments after being swamped by those disturbingly fleeting and not terribly helpful visions, he turns and meets the eyes of a woman who stirs more than just his psychic abilities. Everything in him recognizes her as the one he's been waiting for his entire life. The mate of his soul.

As if seesawing from intense battle-ready concern to yearning need in five clicks or less wasn't enough, his woman is sitting at the gate of the very plane that is obviously doomed to disaster. Unless he can save the day for them both.

I'm not sure what I was expecting when I originally picked up this series debut by McCallan, but it certainly wasn't the slightly chaotic and weird story that I got. At times it almost seemed like the book suffered from multiple personalities, as the tone of the plot wavered between the lightly humorous, the sexy and combustible, and the cold, clinically orchestrated violent. Not to mention the dark, vile acts of unspeakable horror.

There were moments that made me grin and chemistry between the main characters that made me sweat. Other moments entertained for their tense action or intriguing ingenuity and complexity of conflict. Then there was the scene that gave me a brutal kick in the gut and left me shaken and disturbed.

Still, this is a paranormal-flavored, military-themed romantic suspense with an imaginative concept, solid writing, and likable characters. And as much as there were moments when I was thrown by the wildly vacillating tone, or distressed by the lack world-building and absence of a satisfying conclusion, I did enjoy the read. More, honestly, than I thought I would based on that whole soul mate thing. It is in no way a favorite plot device of mine and it's one that smacks readers in the face from the very beginning.

I think McCallan was extremely smart in handling that, though, because while über-alpha male Zane revs hot and hard as the chest-thumping, possessive male he is as soon as he sees Beth, she is having none of it. In fact, Beth considers the reality of alpha males just a half-rung of evolution above complete troglodytes at best and the idea of a romance with one laughable. She fights her attraction to Zane and dismisses his claims on her. She certainly doesn't feel the same soul mate compulsion he does.

That highly amusing conflict was what saved the beginning of this book for me and kept me reading.

The deeper I went into the book, the more surprising and entertaining I found it. Despite some issues, the storyline felt fresh and the writing kept me guessing with neat little touches here and there that lent an original and unique - and yes, weird, but not really in a bad way - flavor to the story. It wasn't perfect, no, and I did have one big beef with the timeline of the story and the arc of the romance within that timeline, but McCallan won me over.

Taken with the well written, creative storyline and fun main characters, the things that are normally big hot buttons of mine didn't bother me so much that they prevented me from liking this read as a whole. I'm intrigued to see where the series is planning to go next, but I do admit, I'm hoping for a more consistent tone, more realistic timeline, and a more self-contained plot arc with a better conclusion.

Return from Forged in Fire to Romantic Suspense

Return from Forged in Fire to One Good Book Home