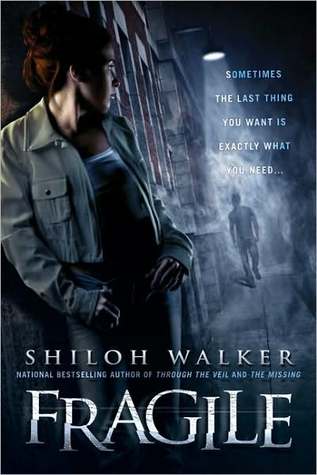 After bullets ripped up Luke Rafferty's leg in a firefight in Afghanistan, he knew his time as an Army Ranger was done. He was ready to start a new chapter in his life. Six years later, Dr. Luke Rafferty is a doctor of emergency medicine at Rudding Hospital in Kentucky. He's happy with his job and his life. Well, most of his life. His love life could use some improvement.

He's got a crush on a pretty case worker with Social Services who he's seen around the hospital. Not that he's built up the nerve to talk to her. But he wants to. He intends to, really. Soon.

Devon Manning is more than a case worker, she's often the last bastion of hope for children with nothing but horror in their lives. She's so good at her job because she's been there. Her past was traumatic, but she's risen above it and turned her experience into a calling. Still, she can't help but be marked by it.

When the handsome Doctor Rafferty is on hand to help her with a new charge she's brought to the hospital, she can't help but feel the tingle of attraction. Any woman with a pulse would. She's a little flustered, though, when he shows his interest in her. There's something about the man that draws her, though, and something about the way he handles his patients and himself that appeals. She doesn't really want to decline his advances.

As Luke and Devon work to get to know one another, though, they miss the clues that would warn them of the impending danger. Someone else has an interest in the pretty, feisty case worker. Someone with far less noble intentions and a deadly grudge. And if she doesn't pay attention, if they don't heed the warnings, that someone will make sure to exact his revenge. In as bloody and painful a way possible.

Shiloh Walker gives good read. That's really all there is to it. I've come to expect solid story from her as an author, and she has a genuine gift for creating layered, believable, often gritty characters. In fact, she excels at characters with a dark or sad past that marks them and defines them, and she's adept at molding them into intensely sympathetic, complex people.

Such is the case here with Luke and Devon. Luke's childhood, his relationship with his twin, and his life in the military have shaped him in such a way that it's clear early on that he's a decent, dedicated man who's a bit of an adrenaline junky and easily bored, but he channels that into emergency medicine. He has a couple of issues from the lingering effects of the guilt he experienced as a child and his lack of a maternal influence in his life. His relationship with his brother is fraught with conflicting emotion, his sense of responsibility is sometimes a bit skewed, but he's a strong, decent guy and easy to embrace as the male lead.

Devon is a gem. She's exactly the sort of strong, independent woman I admire in my fiction, though she's by no means perfect. She's got her insecurities and flaws, and the scars from her past are more than physical. Walker shaped her and guided her through the events of the book with a steady hand, shaking her world up and bringing highs and lows, putting her through sexy fun and emotional angst and danger that is harrowing. Devon's reactions to the things that start piling up in her life aren't always wise, nor healthy, but they certainly are organic to her as a character and believable for it even when they frustrated me.

I loved the layered storyline and how it evolves. Walker front-loads the relationship development between Luke and Devon, initially only hinting at the suspense elements. By the time those elements start pouring more and more tension into their lives, Luke and Devon are a couple (albeit a new and sometimes shaky one), so instead of a storyline that has to focus on getting them into a relationship as the suspense mounts, this story focuses on the effects - some of which are devastating - on the characters and their established relationship during a growing crises.

The relationship conflict is the suspense...or a direct result of it...and I liked that very much. It put a fresh spin on things for me.

And Walker kept me guessing throughout, too, which isn't always necessary but is usually appreciated. Unfortunately, part of the guessing led to some revelations that didn't appeal to me.

The story was great. I thoroughly enjoyed the romance elements, appreciated the characters immensely, and was snagged hard by the walking disaster waiting to happen that is Luke's twin, Quinn. I can't wait to read his book. He was a force of nature in this one, too infrequently heard from for me (I'm greedy), but riveting when he was.

My problem was the big reveal of the Bad Guy that caps off the book's climax. I was surprised, all right. But not for good reasons. I was surprised because it didn't make sense to me. Neither the identity of the Bad Guy nor his motivations. And because it didn't make sense, especially when I looked at the big picture and how all the pieces fit together, I couldn't reconcile the Bad Guy's timeline, choices, target, or actions as they related to the main characters.

That put a bit of a damper on the read for me. Not enough to dislike the book, or even relegate it to three stars - there was way too much good preceding the end that I thoroughly enjoyed. The characters were wonderfully well-drawn and believable, their relationship evolution was awesome, and the suspense elements (disregarding the end) were tense and powerful. The conflict resolution and denouement just didn't fit for me or leave me with the feeling of triumph or satisfaction that I like to have after reading a romantic suspense. It did, however, leave me hungry for Quinn's book. It absolutely did that.

Return from Fragile to Romantic Suspense

Return from Fragile to One Good Book Home