By now I'm more than familiar with Christie Craig's brand of fun romantic suspense. I've become quite a fan. In Gotcha! I think I found my favorite of her female lead characters in Macy Tucker, an independent woman who's got a lot of emotional baggage and a lot on her plate, yet still manages to be kind, intelligent, and strong willed without becoming a total shrew. I very much enjoyed the chemistry and banter between her and detective Jake Baldwin. It's no harder loving Jake than it is loving all of Christie Craig's male leads - it's what most attracts me to these stories. All of Craig's lead males are protective, strong, sexy, alpha male types with varying levels of personal vulnerability and emotional baggage of their own. They're exceptionally appealing. There are also quite a few strong secondary characters who are particularly zany and fun in Gotcha!, and I loved the storyline with Faye and Hal, and adored Macy's grandmother, Nan. Those many and varied character and plot thread details are a Craig staple and serve to flesh out the world around the characters to the reader's benefit.

Gotcha! is, of course, liberally sprinkled with classic Craig humor (two words: tampon scene) as Macy deals with the threat of an escaped convict intent on raping and murdering her. Macy's younger brother, Billy, doing time for being an accessory to robbery, stole a psychopath's girl and now he's out for revenge. Despite Ellie, the girl in question, going to the police - Jake Baldwin in particular - to warn them that her ex-boyfriend is dangerous and had admitted to a murder that was still unsolved, David Tanks escapes prison with another inmate. Macy's brother Billy flees, too, but not to escape. His sole goal is to keep his sister safe after Tanks is more than clear on his malevolent plans. Baldwin doesn't give Ellie's story much credit until the breakout, and then he gets very interested after a chance meeting with his Pizza Girl, Macy, stirs all his protective instincts and other...just as valuable...parts. But Macy - headstrong, stubborn, sometimes purposely irritating - has no interest in keeping herself safe. All she cares about is paying her bills and making sure her brother stays safe. Her resistance to Jake's protection is funny and frustrating at turns.

On a critical level, I can't say that the premise of Gotcha! is the most believable of Christie Craig's books. I had a hard time buying into the idea that this guy Tanks would go to the lengths he goes to to get at Macy after he escapes from prison. I totally buy into him being a sadistic murderer, no question, but his maniacal focus on Macy seemed a bit of a stretch. That made the suspense aspects a little less entertaining than in other books Craig's written. Billy's actions upon his escape didn't strike me as the brightest, either, and I also had a small problem with his character. He came across a lot more sexually mature and aware than most nineteen-year-olds in relations with Ellie. There were some plot-muddying threads of jail corruption and FBI involvement that didn't seem to go anywhere in particular, either, and while I loved Jake and Macy together, the fact remained that Jake was a robbery cop, not a homicide cop, so his connection to the case of the breakout was tenuous at best and I'm not sure I buy into him being assigned as Macy's protection.

I also had a bit of a beef with the "resolution" of Jake's emotional baggage...mostly because, as baggage goes, it seemed pretty darned justified to me, and I can't say that the attempt at resolution was all that helpful - in fact, in my mind, it sort of made the situation he was put through two years ago even worse. I'm desperately trying not to include anything too spoilery here, and that's very hard, because I was feeling extremely put out on Jake's behalf after hearing what his ex-fiancee did to him. The time frame in particular really ticked me off and I never lost the opinion that Jake was horribly betrayed, regardless of whether cheating happened or not. The relationship between his ex and his brother was totally skeevy and completely breaks the "don't date within family" rules of decency. In my opinion, Jake absolutely deserved that righteous anger, and shame on his brother for what he did.

Macy's emotional issues were very well justified, as well, though not as cleanly resolved, I don't think. That's a trend I've noticed in Craig's books, though, so it wasn't surprising. There's often much time and effort spent working through and on the male lead's issues with intimacy and commitment or whatever is the problem there, while the female lead's issues are mentioned sporadically but usually only addressed in the last chapter or two of the book, and at times overcoming a lifetime of baggage seems a bit too rushed as a result. I'm not sure I totally bought into it in Macy's case, but still, this book is a lighthearted romance, and so the HEA is necessary, and I loved Macy and Jake as a couple. I was pretty forgiving on the quick turnaround of Macy's...and the other critical aspects, really.

Whenever I reach the end of a Craig book, it comes to my attention that reading quickly is not always a benefit, because I'm quickly running out of her published works - far faster than my enthusiasm for them is waning (which is not at all) for sure. To be without a charming Craig book is a true crime. 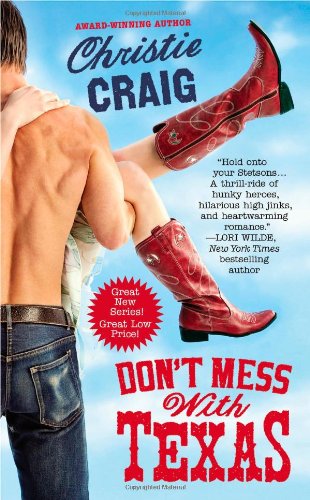 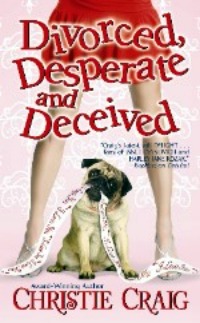 Return to top of Gotcha!