Great Concept But Has Problems With Execution 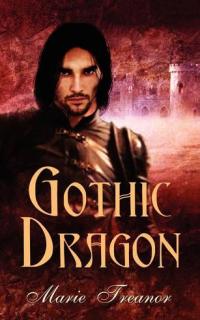 Esther has a mystery far back in her family tree. Her ancestor Margaret Marsden was a Gothic novelist in the early 1800's, until her husband, concerned over the commonality of that profession for a member of the upper class, forbade his wife her passion. Not long after, Margaret succumbed to an unknown illness before disappearing off the face of the earth with nary a trace. Almost two hundred years later, Esther, an aspiring author in her own right, intends to write a novel about Margaret's disappearance, and her research takes her to a Lord's home to study extensive and rare book collection. There she finds the final book Margaret ever wrote, The Prince of Costanzo. The book is so rare, Esther's only ever read reviews of it and has never even seen a copy before. Excited to experience this story, she opens the cover...and finds herself transported into the world of Costanzo. She comes face to face with the villain of the story, Prince Drago, but it's when she meets the ancestor she'd been researching that Esther realizes that there's more to The Prince of Costanzo than fiction, and maybe more to her destiny than she'd ever believed.

I thought everything about the concept of the story was imaginative and fabulous. An average woman leading a rather humdrum life but with a dream to be an author tumbles headlong into a rare book and finds that fiction and reality have merged in confusing and sometimes terrifying ways. The man of her dreams is also the source of nightmares and her hope for forever. I loved the concept of the plot.

I was less enamored, unfortunately, with the way the story was written. I felt that the beginning of the book was muddled and the characters very scantly developed and two-dimensional. The narrative throughout was choppy, but most notably in the transitions between 'reality' and Drago's world. I didn't like the story surrounding Esther's fiance and thought the book really would've been better off without it. In lieu of that, I would've preferred more time given to the character development of Esther and Drago and the evolution of their relationship, which is where this book shined brightest. There was a lot of potential for a slow, satisfying crescendo to their affections that ultimately went unrealized. One of my absolute favorite plot devices in romance is when the male lead has loved the female lead for years and years and the woman is completely unaware of it, and I would have been thrilled had that been given more than just a cursory nod in this book. The setup for it was there but then very little was done with it.

I also had significant issues with the lack of cohesion in the development of Drago's world, the mishmash of modern colloquialisms that everyone understood with no reason why they should, and the absence of sufficient explanation of the scope of Drago's sorcery and the extent of magic in his world. The last created more than a few weak points in the plot when just the fact that he was a sorcerer was used to explain odd plot turns and unusual happenstance. The plot got muddied and confusing again through the book's denouement and conclusion, with things going on that seem to contradict what few bits of mythos that had been previously defined. All these issued combined left me feeling that the execution of this book was lacking in the level of sophistication and polish of a top romantic fantasy.