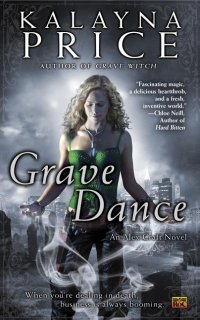 Business has been good for grave witch private investigator Alex Craft in the month since the deadly events of the Blood Moon. Maybe a little too good, actually. She's called in to help the police when a flood unearths the dismembered feet of several unidentified victims, and both the nature of the amputations and the black magic emanating from them gives Alex chills. Chills turn to nightmares when the search for the missing bodies leads her into deadly territory. Specifically, fae territory.

Now the Winter Queen is rounding up independent fae for "questioning" and the FIB is looking more and more like her goon squad as opposed to an impartial fae law enforcement agency. Falin, the Winter Queen's boy toy and FIB agent, not to mention Alex's lover, is back after having disappeared for weeks without a word...and he's looking a hell of a lot worse for wear. Death is still in the picture, but the complexities of that relationship boggle her mind. And if that's not enough, glamoured magical constructs keep attacking her and every time she dispels one of them, she rips another hole in the Aetheric...which is, coincidentally, not a good thing. Soon it's all Alex can do to keep herself out of the clutches of a manipulative fae queen, let alone discover who's killing people, how, and why.

At this point, Alex is ready for business to be far less booming. In fact, she's pretty much ready to crawl under a rock and hide. If she doesn't find the killer and the source of the constructs, though, she won't have to worry about the stress of over work or relationship angst. There won't be a reality left in any dimension for her...or anyone else...to even exist.

I hate to say it given the promise of the first book in this series, but this book frustrated me. And confused me. But mostly frustrated me. After the series debut, Grave Witch, a book I felt lacked originality but was very well written, I was looking forward to seeing how Alex, a likable heroine, would evolve and the series progress. I find Price's writing style to be pleasantly palatable (a rarity for me in books that heavily feature the fae and magic) and am impressed with the complexity of the world and the backstory created and defined. I wasn't wowed by the first book, really, but I liked it, and felt it was a solid representation of quality urban fantasy.

Then I read Grave Dance. In it we get more explanation and world development, a wider view and greater understanding of the fabric of Alex's life and the magics she commands as well as the realities she accesses, and some strong all around character development - not all of which appealed to me personally, but that is of little consequence. I don't generally favor love triangles, but the relationships between Falin, Alex, and Death aren't quite evolved enough to label them as such and Falin and Death are so wrapped up in other obligations that I don't know how either could be involved with Alex without some major story progression.

So Grave Dance is a solid book in a complex and layered world, perhaps lacking a little in originality in both the main character and the overall premise, but just as well written as the first book. And yet...I was almost completely apathetic about it as a whole. Therein lies the frustration and confusion. I can't quite put my finger on why this book didn't thrill me, and the not knowing is driving me a little nuts. I always know. At least I always have before now. On top of that, writing a review for a book that inspires little emotion beyond an odd ambivalence is a bitch. It's taken me a couple days to try to suss out exactly what about this book didn't sit well, and frankly, even my conclusions leave me a little bemused.

Strong writing, thorough world building, and a competent lead character are the top three ingredients in every book I've ever loved. This book had that. Didn't love it. So why not? Well, there's Alex. She's a strong enough lead character, but I did notice in this book a slightly worrisome trend towards her seeming almost like a Mary Sue character. Not only is she a grave witch, but now she knows she's feykin and suddenly her skills and abilities are coveted and courted by major powers in Faerie. I love and have always loved that Price created a genuine and weighty cost for using her abilities - Alex goes blind after she works her magic - but it doesn't quite offset the issue I have with a character who was defined one way, and is now growing in power and abilities in leaps and bounds in a completely different direction. Where Alex's initial abilities struck a little too close to the Anita Blake bone for me in the first book, this trend continues the bitter Anita Blake aftertaste in a different and unsettling way.

Then there's the plot. Big Bad flinging magic around, killing scores of people to work some major heavy black juju, must be stopped before the spell does things no one wants the spell to do. Got it. So why didn't the Big Bad just keep his/her BB head down, charge up, do the nasty, and reap the rewards? It's not like anyone had any clue as to who was responsible or what the end game was. At least, not until the BB started sending out magical constructs to draw the attention of the one person who could stop him/her. I mean, really, if it hadn't gone beyond a bunch of found feet, the BB could have pulled off its entire nefarious plan with no one being the wiser. That wasn't good enough, though, BB had kill a bunch more people to create what were essentially a bunch of clues, then target Alex so those clues could wave their talons under her nose and practically beg to point her in the right direction to stop it all. Okay, there was a little more screaming and fighting-to-the-death to it than that, but still. In retrospect, unless I misunderstood a sequence of events or underestimated BB's knowledge of Alex's identity and abilities, it didn't make a whole lot of sense to me, and it made the BB's actions seem contrived to the point of guaranteeing failure.

And that's not even mentioning the fact that I thought the BB's master nefarious plan was sort of lame to begin with. I'm still not real clear on the end game big picture, but the plan to get to it seemed to be a sort of bad way to go, all things considered.

For all that, Grave Dance certainly isn't a bad book. Like I said, strong writing, thorough world building, and a competent lead character. It just didn't leave me feeling much about any of it, or caring much about what happens next to the characters. When all is said and done, though, that's my problem. The good points will be enough to give a third book in the series a try, but if it trends like this one did, I may have to part with the series at that point. 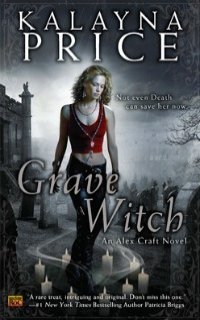 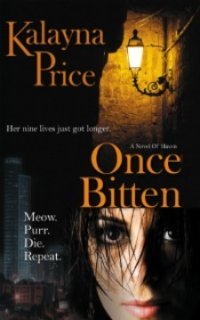 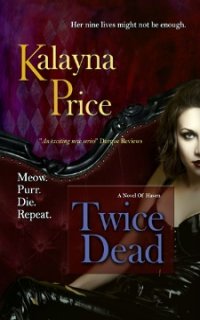 Return to top of Grave Dance