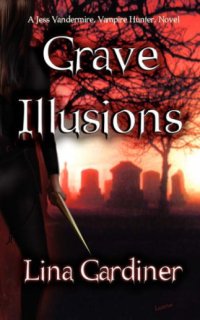 The life of ex-cop John Brittain is circling the drain since getting tossed off the force two years ago for the suspicious death of his partner. Since then he's been driving a cab and drinking too much, lost his wife and is living in near squalor in a questionable part of town. Even worse is his lack of concern for how far he's fallen. Then one night he slips out of the bar and is approached by a gorgeous leather-clad woman who presses him up against the wall and turns him on, propositions him, then disappears when he turns her down. If that wasn't a far enough step outside the norm of his miserable life of late, his former captain calls and asks him to come see him. Britt doesn't have the first clue what that's all about, nor does he have an inkling of just how much his life is about to change.

She'd been watching him for weeks, following him and aware of the others who were also on his tail. Coming face to face with him in that alley off the bar just proved to Jess that she wanted Britt on her team. Well, she wanted him for more than that but that's all she would allow herself. And after fifty years as a vampire, Jess had gotten very good at schooling her most unwanted - and unholy - desires.

The vampires in the city were joining together and acting in ways that Jess had never seen before. It was up to her to assemble and train more hunters and put a stop to the growing number of casualties. And given the interest the vampires have shown in Britt, she may have found the key to the whole mess. Convincing the man to join her cause without explaining what she or that cause is, though, may not be so easy. With the lives of her team, her baby brother, and the humans of the city on the line, the ease of the task has nothing to do with Jess' grim determination to get it done.

Though I liked the idea of the concept for the plot of this series debut, several issues prevented me from being able to enjoy it. The narrative plodded a bit, and seemed dry and stilted. I never really got a clear picture of the world of the series beyond the basics and I wish there had been more attention to detail offered in the creation of the mythos of vampires within it. There seemed to be some conflicting information and a lot of vague references, some religion-based, without many absolutes or thorough explanation.

The characters also suffered from a lack of definition. I had a hard time connecting to them because of that, and that caused the romantic subplot to fall short for me. Britt was the most three dimensional and clearly defined of the bunch, I thought, with his past and many of his motivations and aspirations covered in detail...but as the series is named after Jess I found that odd. The main character in this book doesn't seem to be the one in which the series is centered around. I don't think it would have felt quite so disparate had Jess been given more page time and her past been more thoroughly described. A few more scenes slanted from her perspective would have helped, too.

Unfortunately, those weren't the only issues I had with this book. For a story that is supposed to contain an investigation with a crack detective and a vampire, way too many pieces of the investigation were ill defined, fit together poorly, were based on wild assumptions with no supporting evidence, or were handed to the characters from nameless third party sources. Other parts made no sense and/or conflicted with logic and previously established information. The police procedural aspects of the plot failed for me on that level.

Actually, too many things failed for me in this book. There were just too many plot holes, contradictions, illogical progressions, and character issues, and the end was riddled with supposed twists that I just felt were random and bizarre. I wanted so much to like Grave Illusions, but ended up struggling to finish it. I'm sorry to say I doubt I'll be continuing this series.

Sorry to hear you didn't enjoy the book.

Lina, Thank you for taking the time to respond to my review, even though it wasn't positive. I appreciate it and I wish you the best of luck with the series.