A Series Debut Worth Attention 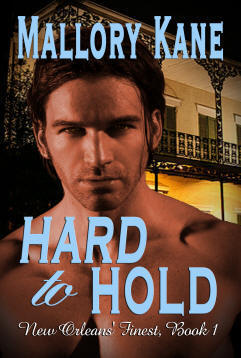 Disclosure: A copy of this book was provided to me by the author for review. This rating, review, and all included thoughts and comments are my own.

In The Big Easy, a couple of dead bodies garner more flies than interest, especially considering the victims are high risk runaways. Except these victims have a connection that TV news journalist Reghan Connor suspects is more than just a coincidence. One man, NOPD Detective Devereux Gautier, knew both victims, had helped both of them at the teen center he'd created during an eight month suspension he'd recently served. A suspension that Connor's unrelenting and unforgiving investigation into the detective's mysterious past had instigated.

Yeah, they have a past, she and the detective.

When she gets to the crime scene of the second victim and has her suspicions confirmed in gruesome fashion, Reghan has no choice but to acknowledge the truth. She may know who is behind the killings and she may know exactly why they're happening. If she's right, that means her and the black-eyed, surly detective are destined to have a future together, too. And for some reason that thought sends a frisson of sensation through her that far more closely resembles anticipation than dismay...

Mallory Kane kicks off her new romantic suspense series with the solid opening gambit that is Hard to Hold. It's clear very early into the book that the characters and backstory have been previously introduced, but not in such a way that made it difficult to follow the storyline here. I do wonder if some of my impressions during the final quarter of the book would have been different had I read the book that spawned this spin-off series, The Lawman Who Loved Her, a Harlequin Intrigue published in 2001. There were a couple of times I felt I was missing some information, but nothing that became significantly detracting.

I'm a big fan of the psychological thriller type of romantic suspense, and the suspense thread in this one was very entertaining. Kane creates a casually intense narrative with seeming ease, stacking up the bodies and focusing the investigation as the danger to the main characters climbs ever-higher. I never had any question about who the Big Bad was, but whether or not I'm surprised by a big reveal at the end has never been a determining factor in my level of appreciation for a book.

What is a factor is the appeal of the main characters. NOPD Detective Devereux Gautier, a name that couldn't be any more Cajun if it tried, is a dark, brooding, intense alpha male with a ton of baggage and a heart of gold he's kept so carefully hidden he doesn't even realize it's there. Absolutely nothing wrong with his intense, yummy goodness, trust me. He's hotter than the Louisiana bayou in August, and he's got the sort of maelstrom-behind-locked-doors presence that I find particularly appealing. Investigative reporter and TV news journalist Reghan Connor was more of a conundrum for me.

I honestly can't think of one single book I've read prior to this one that inspired such diametrically opposed feelings about one character. In the current events that comprise the suspense plot arc of the book, I liked her very much as a lead character. She's smart and stubborn, she's understandably fearful when the bad stuff starts to get directed at her, and yet she doesn't let that fear destroy her gutsy determination, and once a bad thing happens, she bounces back relatively quickly. She is not a whimpering victim. Those are all very big positives for me. Problem is, her backstory, her history with Dev, her initial attitude and a few of the things she says early in the book were so completely repugnant to me that I honestly would have cheered had she been an early victim of the killer. And not all the issues I had were resolved to my satisfaction by the end of the book.

I would have at least liked to see some genuine regret for the hand grenade she'd exploded all over Dev's life and maybe a small paradigm shift acknowledged given her desperation to protect her privacy at the end of the book. Without it she seemed fairly hypocritical, what with her initial assertion that facts and truth are the same thing and people deserve to know all the facts all the time. Ugh. Even now I shudder thinking of the highly implausible ignorant naivety she was spouting in the first few chapters. I really didn't like her very much at first.

Maybe that affected the appeal of the romance arc in the book. I'm not sure. I do think that story-wise, there was a bit of a disconnect with those plot threads. At the beginning, Connor said she'd met Dev exactly three times, one of those time when she'd dissected him in front of a TV camera for her television show. The results were ugly but she is quite clear of conscience (what little she has) about the whole thing and damn the consequences...or the reasons. Throughout the book, the focus of the story stays closer to the suspense than the romance, so by the end, when the inevitable HEA scenes started piling up, I hadn't been sufficiently drawn into any sort of emotional connection between Dev and Connor and hadn't been able to buy their sudden depth of feeling for each other. I was still stuck on the idea that Connor had a lot of apologizing and growing up to do emotionally and professionally, and I couldn't help thinking that without some severe grovelling, if I were Dev, I'd never forgive her.

As well written and cohesive as the suspense was in the book, the problems I had with Connor and the romance arc kept me from being completely satisfied with the read. I enjoyed the suspense plot quite a lot, though, and I'm really hoping the second book in the series features Rick. I think he was in all of two scenes in the whole book, but he so stole each one of them that I'm a bit desperate for his story. I'd love it, though, if the female lead in that book didn't have quite so tumultuous a past with whomever is going to be the lead male.

Return from Hard to Hold to Romantic Suspense

Return from Hard to Hold to OGBDA Book Reviews Home