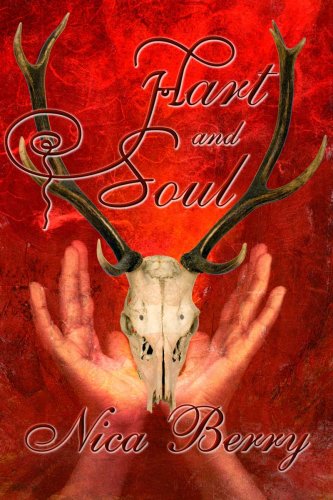 Disclosure:   An ARC (Advance Reading Copy) of this title was received from NetGalley. This rating, review, and all included thoughts and comments are my own.

Jennar was five years old when he watched the women of his clan provide the bare minimum of assistance to a pregnant outsider who stumbled into their settlement in the throes of labor. The unknown woman died, but the baby survived. A baby that those women thought should die along with his mother. Jennar was the one who gathered the infant, cleaned him, swaddled him, and named him Niann. He promised the baby he'd protect him even as strong feelings for the tiny child swelled in him.

Orphaned and considered outcast, Niann's life wasn't easy as he grew. He watched and envied the other males of the clan who learned hunting and tracking, who went up the mountain to meet their spirit animals. He was relegated to being little more than the women's fetching boy, stuck with the young even as he reached his majority. Niann wanted to be like Jennar, strong and accepted. He had no idea that his life was set to so drastically change as he transitioned from boy to man, but the clan shaman Heyka had been watching Niann carefully, he and the chieftain knowing what he was, what he would be, and working to keep him segregated from the clan's males until he came into this power. Until he became a Holy One, his spirit animal a powerful Hart deer, destined to provide blessings on the clan through sexual contact.

The machinations of the power hungry Heyka and desperate chieftain yanked Jennar away from Niann before he found out what they were going to do to the young man he so desired. For a year Niann went unprotected in his clan while Jennar had been sent to provide teachings to an ally in the valley. Only when he sensed a growing darkness from a bond he shared with Niann did he manage to make it back to his people, and when he did, he was horrified to realize that Niann's will had been completely subjugated. His mate had been drugged, brainwashed into thinking himself female in a male's body, and repeatedly raped all in the name of duty and higher power.

To save his mate, Jennar must sacrifice everything and take on a powerful shaman crazed by the unquenchable hunger for power and the sick possessiveness of greed.

I have the deepest respect for authors and the work that they put into a book, even if I don't like their stories. I can also say with honesty that I think Berry has skill and an ability to weave a tale. The concept of the story was definitely original, and I appreciated the Native American flavor to the mythology and the culture of the peoples in it. Unfortunately, though, I felt Hart and Soul suffered from perfunctory world building and a plot that was well conceived but bare-boned in execution, and offered little in the way of exposition or explanation.

I had no respect for Jennar, who was a completely ineffective protagonist and failed in every way to do anything at all for Niann. Even after Jennar had received explicit instruction to help Niann when he'd been enslaved, he failed to man up and do what needed doing, his own issues proving to be too hard to get over again and again. As the other romantic lead, Niann spent most of the book as an easily manipulated victim, hungry for the smallest crumbs of affection due to a childhood that, despite his promise, Jennar did nothing to ease. He was easy pickings for a shaman who wanted to pervert his gifts for his own purposes.

I don't care how convinced Niann was that he was doing his duty as the Holy One, or how much he bought into Heyka's sick assurances, he was being prostituted daily, drugged to the gills, and having his magics stolen from him in the basest, cruelest way - with sex, yes, but also with lies colored to look like concern. To me, this part of the story is no different or less disturbing than reading about a teenaged virgin girl who is slipped a monster dose of Rohypnol, used as the party favor in a huge gang bang, then drugged daily while held captive in a room with the bad guy acting as her pimp and raping her at will. I'm sure that story line exists in some book somewhere, too...but I'd bet it's in the horror section, not erotic romance.

Far lesser concerns included a couple of contradictions in the narrative, e.g., Jennar was described as having slept with a dozen men and women who all say he's distant, then, just a few pages later, he has never lain with a woman. The gender bender plot thread was seriously off-putting, and took the M/M book to a weird place that made me uncomfortable. Oh - and the animal sex...uh...yeah...deer aren't real big on my list of powerful sexual beasts to begin with, but reading about them getting it on was...sort of like watching a really twisted Mutual of Omaha's Wild Kingdom special.

For all these reasons, I wouldn't really recommend Hart and Soul, but I would consider trying another book by the author, because despite some distasteful plot points and direction in this story, there is a framework of decent storytelling behind it all and a potential for some highly original and unique fantasy.

What Other Visitors Have Said...

Thanks for the review. I think I'd have a very hard time with the rape of a man by the group of people who was basically raised amongst. There's animal sex in it too? Yep, too much for me!

Hey, Janicu!
Yeah, gave me a hard time, too. As for the animal sex, yes. The "deer" were Jennar and Niann in animal spirit form, but the description of the sex was that of two male deer mating.

First time I'd ever read anything quite like that before. Hopefully the last.

I think Nica Berry has the potential to create a well written and original story, so I'll be cautious but interested in what else she produces, but this was definitely not my cup of tea.

Return from Hart and Soul to LGBT-M/M

Return from Hart and Soul to One Good Book Home