Love the World, Not So Much the Heroine 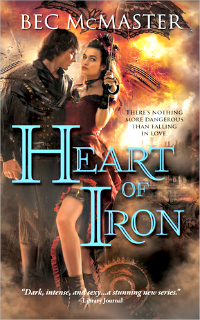 When Lena Todd was growing up, all she wanted was to be a part of the Echelon, the ruling class of blue bloods and their human thralls, but that was before her father was murdered and her life irrevocably changed. Then her sister met and married the rogue blue blood Blade and her brother safely transitioned after being infected with the craving virus. Lena was able to leave her home in the warren...and the infuriatingly attractive verwulfen who lived there...for another chance at her dream.

It was a dream that became a nightmare. Now Lena sees the Echelon for who they really are, and uses her position as ward of her blue blood half-brother to gather information on them and pass it on to Mercury, the leader of the Humanist party. Lately, though, Lena's been growing more and more uncomfortable with her role with the group and she's starting to wonder what their end game truly is.

Will Carver knows the fire that destroyed the Echelon's draining factories, the filtering and storing factories that supply the necessary blood to the ruling class, is an act of aggression that the Echelon won't take lying down. The Humanists have started a war that could level London under a swath of destruction.

He should've known if there was trouble, Lena Todd would be up to her pretty neck in it. The woman is as irritating as she is beautiful and as stubborn as she is elegant. She's also the only woman Will has ever wanted, but because of the loupe virus that taints his blood, she's nothing he can ever have. That doesn't mean he won't do everything in his considerable power to protect her.

Will doesn't know exactly how she is connected to the Humanists, but he's going to find out. Lena may never be his, but the only way the woman will become collateral damage in an escalating conflict between blue bloods and humans is over his dead body. And a protective verwulfen in a berserker rage is almost impossible to kill. Almost.

Kiss of Steel, the first book in Bec McMaster's London Steampunk series, was one of my favorite reads of 2012. I fell in love with McMaster's authorial voice and the gritty, dangerous world she created. The characters were vibrant and layered and their struggles and triumphs captivated me. It was a fresh and original read that stuck with me long after I turned the last page.

That's an awful lot to live up to, but even allowing for that going into this book, I ended up less entertained by this second installment. The world is still well-drawn and wonderfully atmospheric, with a myriad of dangers ranging from the mundane realities of day-to-day living in the rookeries to the paranormal threats posed by powerful blue bloods, and McMaster's writing is just as awesome a blend of detailed description and pulse-pounding action, but neither the plot nor the main characters of this book thrilled me like the first one did.

I couldn't warm up to Lena. I wasn't crazy about her in the previous novel, and she didn't do much to endear herself to me in this one. She's young and reckless with it, which too often put her in the role of a helpless victim bordering on stupid, and that bothered me. Even late in the book, when she'd gone through some pretty significant changes, she still couldn't manage to get herself out of trouble without help. And the games she played with Will through most of the book were immature and showcased an unappealing insecurity.

Will was the more likable of the two of them. He's the definition of taciturn, and he has that self-sacrificing martyr gene that tends to rub me the wrong way, but he's also a strong, protective, possessive alpha male. That appealed. I just wish I'd gotten as good a feel for him as a character as I did Blade in his book, but too much of his character definition revolved around him having loupe, not who he was as a man, and it made him seem a bit limited and two-dimensional to me.

When their relationship finally started to gel, I enjoyed both of them much more, but that came surprisingly late in the book. The reasons for the slow progression of the relationship arc were fairly significant and valid, and their chemistry in shared scenes was strong, and if the external plot conflicts had more appeal to me, everything would have been great.

The blue blood political plot threads and the Humanist agenda may not have been as personally appealing to my tastes for plot conflict as a rampaging vampire slaughtering the masses, but it was solid and well blended, if not as detailed and spectacular as I would have liked. The steampunk elements had more presence in the narrative, which worked well for me. It got off to a slow start for me, though, and it didn't really start to work for me until I was well into the book.

Right or wrong, had the first book not wowed me as much as it did, I think I would have liked this one more than I did. Some things were great, and it was certainly just as well written as its predecessor. Other elements just didn't provide the same level of visceral pleasure I got from that one. That being said, I can't wait for my next visit to McMaster's London Steampunk. I really like the story potential of the characters that will be featured in the next installment.

Return from Heart of Iron to Steampunk

Return from Heart of Iron to One Good Book Home