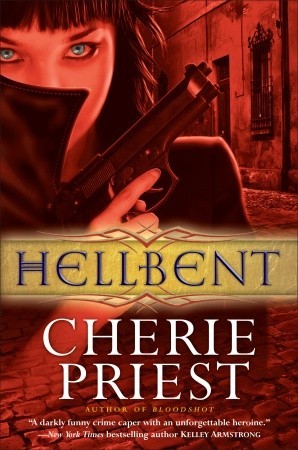 What a difference a day...or a few months...make!

Months after surviving a too-close brush with a subversive government operation gone private, vampire thief Raylene Pendle's life is nearly unrecognizable from the solitary, neurotic one she had been living.

Well...at least it's not solitary any more. The neurosis is part and parcel.

In the interim, she's set herself up in a sweet little warehouse not far from her old stomping ground and renovated the top floors as living space for herself, the two kids she's finally admitted she kind of adopted, and of course, blind vampire Ian Scott. They've become a family...of a sort. Add in frequent visits from ex-Navy SEAL drag queen Adrian deJesus, and they're practically Rockwellian.

Between what was taken from her in the aftermath of her last big case (which she's been slowly stealing back, of course) and what she's spent on renovations, Raylene is far from financially flush. She needs the obscene fee she could get for the target her job pimp Horace offers her. She should've known that things wouldn't go smoothly, but she couldn't have guessed that Ian's past and his lingering connections to his House would get inexorably intertwined with her quest to liberate some magical bacula, or that she'd end up back in Atlanta with Adrian, doing everything she could do to investigate a vampire's suspicious death while making sure she and her friend don't end up just like him.

Back to back Raylene doubled my pleasure and my fun. I'm a big fan of her dry wit and rambling, detail-rich internal monologue. An internal monologue which turns out to be very beneficial for the book's exposition, too, because Raylene's tongue-in-cheek retrospective of preceding development and character introduction was quick, slick, and full of detail without burdening the plot or slowing down the pace. New readers could comfortably jump into the series with this book story-wise, but personally, I think Raylene's unique mindscape is something that shouldn't be missed and I'd recommend starting with the first book for that reason alone.

Speaking of Raylene, she seemed more personable in this book. She's always been a strong character quite able to carry the series on her small but vamp-strong shoulders, she just seems a little more caring in this one. Still quirky, still steeped in shades of gray as far as humans go, still wonderfully and humorously neurotic, but her emotional attachment to Ian, Adrian, and the kids - as well as her growing collection of strays - make her easier to relate to than she was in the first book. Her relationship with Adrian in particular is wildly entertaining. I love them together...and, frankly, prefer Adrian to Ian for any small romantic leanings.

I preferred the plot in this book, too. The bacula jokes got a little old and the plot threads surrounding their theft were more of an interesting distraction than a driving force in the story, but I loved the trip to Atlanta and the closer look at the House there, as well as a deeper understanding of vampire House politics. It helps flesh out the world that Raylene lives in and provided an element I felt was missing from the first story.

The style of writing and the exuberant individuality of the main character are the biggest draws to the series for me, but the stories provide solid, thorough, and layered entertainment. I'm particularly pleased with the evolution provided to Raylene's character and the mirrored evolution in her life and lifestyle. She's fun to spend some quality reading time with, and I hope to continue to do so in future books.

I don't like raccoons. They look...shifty, with their little burglar masks and everything. Also, they carry rabies. Can I catch rabies? Probably not. All the same, it sounds gruesome - and I think we all know that cute, fuzzy woodland creatures are not to be trusted on general principle. 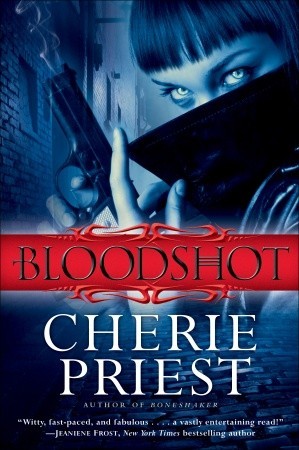 Return to top of Hellbent