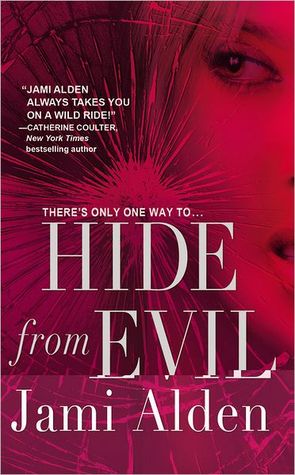 Disclosure:   An ARC of this book was provided to me by Forever publisher Grand Central Publishing via NetGalley.
This rating, review, and all included thoughts and comments are my own.

It was the worst moment of her professional career, finding out that the man she'd successfully convicted of murder and helped sentence to death was, in fact, completely innocent. There was nothing Deputy Prosecuting Attorney Krista Slater could ever do to make up for the hell that Sean Flynn lived through, a hell that included three years on death row. Driven to hyper-vigilance by the grievous error, Krista has been looking deeper into the background of the killer responsible for the crime for which Sean almost paid the ultimate price.

Following the trail of a larger conspiracy behind a horrifying psychopath, Krista tries and fails to open up an official investigation, but she's determined to keep digging. Then a potential witness suddenly kills himself, or he seems to, and it becomes clear that there is something hinky going on with the police investigation into his death.

Unable to let it go, even after her boss tells her to, she starts off on her own time and heads to the only person she can think of who may be able to help connect some dots between the serial killer who framed him and the informant who may or may not have killed himself, as he was once friends with them both. He's also the one person least likely to want to give her the time of day, let alone sensitive information that will remind him of everything he's lost because of her. Sean Flynn.

Three years on death row had changed Sean, damaged him. Now he's living in the mountains and away from civilization just so he can breathe. The last person he wants to see pull up in front of his cabin is the woman responsible for his nightmares, his fear of being enclosed, and his inability to feel...well...anything but a slow-burning rage. As further proof of just how messed up his life is, that woman, Krista Slater is standing on his property, yammering at him about helping her. The longer he has to listen to her, the more her words tear into the gossamer-thin scabs over the wounds on his psyche and grind in the salt.

Intent on getting rid of the woman as quickly as possible, he tries to ditch her. The first attack on their lives strikes before he gets the chance.

The hits don't stop there. Taking the proverb, "If at first you don't succeed, try, try again," to chilling and horrifying lengths, the attempts keep coming...until Sean and Krista have nowhere to turn and no idea who to trust. Forced to rely on each other just to live to see the next day, desperate to discover how deep and wide the conspiracy against them really is, they are pushed into an incendiary situation, one that can't help but draw them together despite their dark and tormented past...and no matter how they may resent each other for it.

It's funny, how jaded I can get from the effort to provide honest opinions when I review a book. There's often a struggle to juggle what I thought about the content and what I felt about the story. It's made me stingy, I think. Wary of giving five stars, because I feel compelled to justify truly loving a read instead of just being able to enjoy it. It's always, " I loved it, but...," and I dole out stars like I'm some sort of skinflint with a limited bank balance.

Okay, for the sake of honesty, I have to admit I wasn't completely invested in the bad guy or the severity of scope of his crimes on a theoretical level. As a reader, I tend to be more affected by the evil of one as opposed to the corruption of many, so the motivations and scope of villainy sort of passed me by. That being said, there was certainly enough vile crime and heinous betrayal committed in actuality to hit me very hard, and more than enough story to make a hell of an impact.

In fact, my only issue with the content is minor. As much as I loved Krista and Sean - and that's a lot for several reasons - I felt their character definition was limited to only what is directly related to the action surrounding them. It kept them very connected to the story, very present in the narrative, but didn't quite round them out in three dimensional fashion. I know who they are in this situation, but don't have a handle on who they would be in "normal" situations.

I loved, though, how believable Sean's evolution is throughout the book. He's certainly not a fan of Krista's when she shows up, and he's not at all happy that he gets pulled into the mess with her. I, frankly, couldn't blame him for any of those feelings. He is more then justified. Though there is a slight belaboring of how much he should hate Krista but how much he wants her as the book progresses, his growing feelings for her, as well as his slow, ofttimes uncomfortable return to the land of the living after his incarceration was particularly believable and very organic to both the situation and his past.

Krista, too, is fantastic. Strong willed, yes, but not once did she trip over into the dangerous (and for me, fatal-flaw) waters of too-obstinate-for-her-own-good. Nor does she become a helpless victim. She's not, either, a sudden kick-ass with all the answers in a situation where she is out of her depth. Alden kept Krista very natural, very real, and very true to the person we met briefly in the first book. I especially love that Krista had a moment of "give up, run away, chase happiness instead of justice." It was incredibly real and so very believable after everything that preceding it.

And the chemistry between Krista and Sean was awesome. They had some scenes that were so raw and powerful...both sexually and emotionally. Wow.

My sense of time passage in the book was a bit skewed. It felt like Krista and Sean were together for a lot longer than the story said they were. To the point, actually, that I thought there may have been an actual contradiction, but there's tons of action stuffed into the book throughout and so many things going on in the plot that I could easily be mistaken.

There are so many truly great moments in this book. Moments that are hard hitting and emotionally intense. Alden has a gift for writing gut-wrenching, horrible atrocity. She also has a talent for creating realistic reactions in believable characters. For all that stories richly steeped in shades of gray make for great fiction, sometimes I need a clear-cut black and white to feel a truly powerhouse punch. The righteous battling the spreading stain of evil and corruption...even if the righteous are a little surly and broken and more than a little dinged up and the evil looks like the most trustworthy of souls. In this, Alden is more than competent, she excels.

I've read Alden's preceding book, Beg for Mercy, and because this one not only features characters we met in that book, its plot is a continuation and further development of elements initiated in that one, I think this one will have more impact with readers familiar with this trilogy's opening installment. There's enough exposition provided for new readers to know what happened before, that's not the issue, but I do believe the full emotional experience was richer for me for having read the first book. Not to mention, the first book is pretty darn good in its own right and I liked it very much.

This one, though...this one I loved. No equivocating, no justifying, and no tight fist on the star disbursal. I loved it. 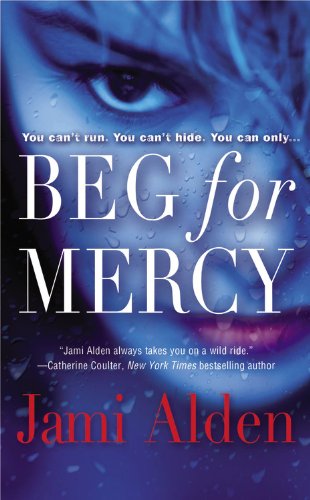 Return from Hide from Evil to Romantic Suspense Genre

Return from Hide from Evil to OGBDA Book Review Home