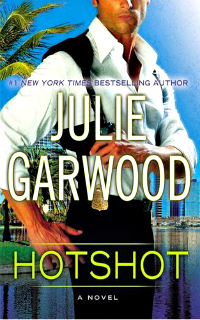 Disclosure:   An ARC of this book was provided to me by Dutton Adult publisher Penguin Group via NetGalley.

Peyton Lockhart was six years old when she met Finn MacBain. She was dying at the time. Though he was only fourteen, he dove into the pool in which she was drowning and pulled her out, then gave her CPR to get her breathing again. She owes him her life, and for every one of the birthdays she's had since that fateful day, she's thanked him for it.

Now all grown up and working on making a career in the food industry, Peyton lands herself a job at a prestigious foodie magazine. Unfortunately that job puts her in the crosshairs of a sexual predator. Her boss. When efforts to handle the issue within the company prove fruitless, Peyton takes control of her own fate and gets out.

She doesn't get far before it becomes clear that she's in a lot more danger than she realized. Her boss has no intention of letting her go and risk ruining his power-grabbing plans for the future. He wants her dead. And he's got the power and money to make it so.

It's been years since Finn has actually laid eyes on Peyton, and seeing her again at his brother's wedding knocks him for a loop. She's definitely grown up, and she's incredibly beautiful with it. Since the night he saved her life, Finn has achieved much. He's won Olympic gold medals, earned a law degree. He's even become a decorated FBI agent. Through all of it he's never been as affected by anything as he is by Peyton Lockhart's smile when she walks up to him before the wedding.

Or by her request to do what he has done once before: save her life.

This installment of Garwood's long-running Buchanan-Renard series had a few cute moments and a few nice scenes, but for me, they were way too few and far between. There were several times throughout the book, especially in the middle, when I got so frustrated with the manner in which the story is told I seriously contemplated putting it down and not finishing it. I ended up persevering, but I'm not actually sure if that's a good thing or not.

I'm leaning towards not.

It started so well, which was one of the reasons I slogged through it to the end. I loved the beginning. The prologue caught my attention and sucked me in. I enjoyed meeting the young Finn, his beleaguered parents, and his audacious brothers. I loved the scene where Finn saves Peyton, and the subsequent scene in which Peyton's parents go to Finn's parents to tell them what happened was awesome.

The narrative of the prologue was fast-paced and the storyline concise, but with just enough detail to flesh out the backstory and give some surface definition to the characters. I thought it was the perfect execution of a short prologue. Things started to go bad for me relatively quickly after that, though, when the book switched over to a present timeline and started to introduce the plot arc of Peyton's trouble with her boss.

The narrative style which worked so well for the prologue was far less successful throughout the rest of the book. Plot points and story elements continued to breeze by at a break-neck pace, lacking depth or anything resembling detail. Occasionally the story would jerk to a stop and toss some more badness Peyton's way, but then it raced off again, twisting and turning along a path that was laden with superfluous silliness and downright odd developments.

Honestly, throughout most of the book I just felt like I was being pummeled by a chaotic mess of wildly divergent, often random plot threads and heavy-handed attempts to instill a lighter tone to the external conflicts and the relationship arc. The concept of the plot was solid, the beginning impressed me, but man, the execution throughout the rest of it drove me crazy.

When things go that bad for me during a book, I try to focus on other elements, but even the characters made me struggle. I like Finn well enough, I suppose. He wasn't exactly a well-rounded character, but he wasn't bad. Peyton's inconsistency bugged me. Her character wobbled and tottered back and forth between displaying an appalling lack of intelligence and wisdom to being decisive and competent or playful and witty.

Plus, she was a virgin before Finn got a hold of her, which rarely appeals to me in this genre. And there was no good reason given for such a stunningly beautiful (according to the male contingent in the book), supposedly intelligent, world-traveled young woman to still be a virgin at that point of her life beyond providing Finn a pristine landscape to plunder.

A couple of the secondary characters provided some color to the story, and I even liked one or two of them, but none of them had any more depth or detail than anything else in the story. In fact, Peyton's sister Lucy was such a painful caricature of a shrieking harpy whenever faced with the minutest amount of stress that I loathed her intensely. I won't even get started on the wing nut of a cousin, whose behavior went past absurd to beyond the pale.

Despite the great start and the potential in the story concept, too much about this book either didn't work for me or ticked me off. There were brighter glimmers here and there, even a few passages that made me smile, but overall, I just ended up thinking Hotshot was one hot mess.

"No, I won't stay. People die in hospitals. They check in just fine, and - wham - they get some horrible disease and die."

Finn was trying not to smile. "If they're just fine, why would they check into a hospital?"

He was being logical, and she was having none of it. She wanted to go home. "It happens," she insisted.

"I'm here because you need me." It was an outrageously arrogant thing to say, and he knew it was going to rile her, but he didn't care how upset she became. She did need him.

"I do not need you. I'm a capable adult, and I can take care of myself."

"And where are you now?"

"So, taking care of yourself... How's that working out for you?"

"You have to set a trap," Peyton told them.

Both men looked at her, and Finn asked, "What do you have in mind?"

"I don't know. That's your area of expertise. I'm a chef. If you catch him, I'll make you a soufflé."

Oh no! I used to be such a big fan of Julie Garwood's work. I didn't read review, because I still may read the book; but the rating... makes me so sad :(

Yeah, I'm sorry to say this one didn't work for me at all. It's as close as I've ever come to DNF'ing a book without actually doing so. If you give it a read, I'd be interested to know your take on it. I know others who have enjoyed it far more than I did. 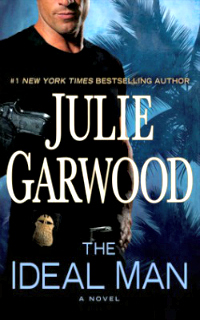 Return from Hotshot to Romantic Suspense

Return from Hotshot to One Good Book Home