How to Flirt With a Naked Werewolf 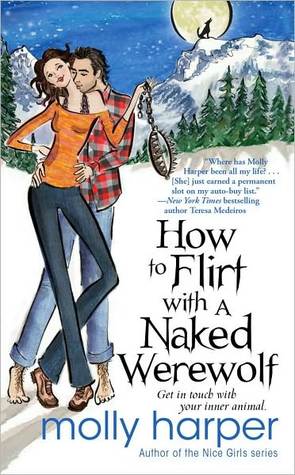 Slipping out of Mississippi and moving to the small town of Grundy, Alaska to escape the invasive influence of her hippie parents seemed like a great idea to Mo Duvall-Wenstein, but the culture shock may just kill her - if she can survive the winter, the quirky locals...oh yeah, and the surly, cantankerous werewolf. Who may or may not be savagely killing locals and tourists.

And the sad thing is, all that still beats being close enough for her mother to barge in on her whenever she wants.

Molly Harper kicks off a hilarious new paranormal romance series that ended up teaching me a bit about myself as a reader. I'm a sucker for stories that make me laugh out loud (I knew that already), and there were plenty of giggles, guffaws, and snorts of amusement in How to Flirt with a Naked Werewolf. First person POV isn't my preference for romance novels, but Mo's wacky, sharp-witted, and often self-deprecating humor really sold me on this book. I enjoyed her so much, in fact, and appreciated the very thorough view into her psyche and her life, that other aspects of the book that might normally concern me just seemed like background noise that was easy to take in stride (that was the surprise).

The plot was simple but the uncluttered nature of it really worked for me when mixed with the comedic style. I didn't find myself getting overly concerned about the immaturity and impulsiveness of a twenty-nine year old woman basically sneaking out the back door of Mississippi while her parents weren't looking and high tailing it to Alaska, maybe because Mo was upfront and very astute in acknowledging both the necessity of doing so and the immaturity of it. It was a stretch for me, but several solid examples of the justification and the overall humor of it kept it from feeling too kitschy.

There wasn't a tremendous amount of world building in the paranormal arena, and what was there was mostly imparted in narrative dialogue between Mo and the werewolf Cooper so it never really felt like it was being incorporated into Mo's expanding worldview or becoming part of some large paradigm shift, just imparted like a story within the story. In fact, despite a glimpse or two of the pack and pack life, there just wasn't a lot of the paranormal theme in the book at all, which did seem odd considering the male romantic lead was a werewolf. In that vein, the book seemed more like a contemporary romance where one of the leads just happened to turn four-legged and furry.

The ease in which Mo accepted the existence of supernatural creatures was a bit surprising and the subplot of a rampaging wolf/werewolf was pretty predictable and wasn't very original, but within the scope of the book, neither were a major detractor. In almost any other book, though, all of those things would be - and have been - major complaints of mine, yet I loved this book despite them all.

Mo was a blast and I thought Cooper was perfect. I loved his gruff, standoffish demeanor just as much as I enjoyed when that got peeled away to show off a playful, protective man. I also loved how Harper developed the relationship between him and Mo. Again, maybe not the most original in concept, or the most complex in design, but it worked so very well here. And it was all so very, very funny.

He peed on her porch, for goodness sake! That's hilarious!

Molly Harper has the sort of comedic voice that most appeals to me in writing, and she develops likable characters as she tells decent stories with that voice. I was very fond of her Jane Jameson series, but the style of the story in that light urban fantasy series isn't a favorite of mine. It was the humor that drew me in there and the cast of quirky characters that kept me coming back. This book falls far closer along my lines of reading preference and it was much funnier, and I loved Mo in a way I just couldn't bring myself to love Jane. I've pre-ordered the next book in the Naked Werewolf series, The Art of Seducing a Naked Werewolf, and can't wait to see what Cooper's violent little werewolf sister Maggie brings to the table. Given Harper's sense of humor, writing style, and the sort of bawdy, ribald fun that was shown here, I envision nothing but a rip-roaring, howling good time. 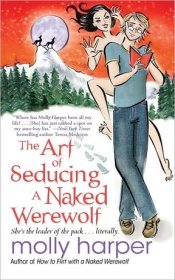 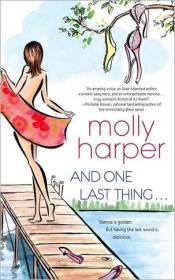 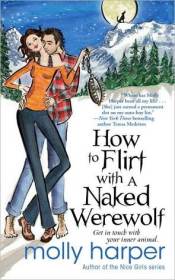 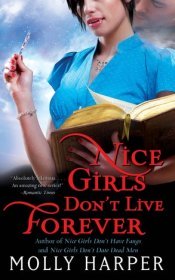 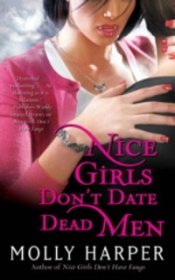 Return to Top of How to Flirt With a Naked Werewolf