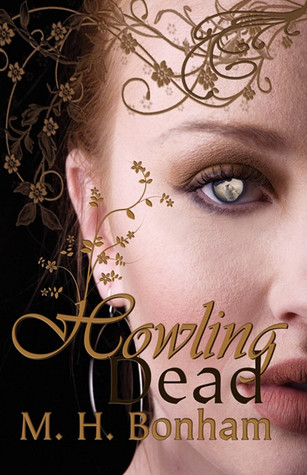 For the first time in my long and varied reading experience, I've come across a book that has combined the somewhat inexplicable world of computer technology and the mystical world of werewolves to stunning and strong results that benefit a reader.

Kira Walker is a system administrator who does consulting work for companies, securing their networks. She and her best friend have moved from SoCal (Southern California) to Denver to work for a large company with spider (hacker) issues. Slipping out of the building late one night to grab some dinner while they run restoration discs for the system, Kira and her friend are attacked by a wolf. Her friend dies, but Kira survives, and on the next full moon, she realizes just how dramatically that attack has affected her life. She's now a lycanthrope.

Kira does everything to try to deny this change and the affect it has, while old friends come back into her life bearing cryptic messages and acting bizarrely. Meeting with the Alpha of the Denver pack, Alaric, doesn't shine any more light on her burgeoning troubles, but it does point out how gorgeous he is even as it points Kira towards the idea that her attack and subsequent change is unique in that she's the only one of several recent attack victims that have survived. Her attack has a slightly different MO than the others, but the police are still interested in her accounting of the attack, and police sergeant Jim Walking Bear takes more than just a work related interest in her.

As the tech world and rogue werewolves start to close in around her, Kira struggles to stay alive as she scrambles to find out just what is going on. She's been tossed into the deep end of a very dangerous pool and the sharks circling all turn furry at the full moon. What's a geek turned Alpha to do?

I liked Howling Dead, but I have to admit, there was a lot of technical jargon that hit hard, fast, and often through the narrative, and while I'm computer savvy, I'm sure not tech enough to grasp it all. I got a little lost more than once. The overall plot was solid, though, and I am totally impressed with the originality and sheer bravery in blending such disparate worlds into one story. My hat's off to M.H. Bonham for that.

I can't say I was totally thrilled with Kira as the lead character, though. That's not at all uncommon for me, I know I'm picky about the heroines in fantasy novels, but several times Kira came off as very unlikable, and unfortunately for me, she was written in a way that brushes up against a bugaboo of mine. I've never liked when a character in a book has become something other, is told by exceedingly reliable sources that the change is permanent, and spends the rest of the book alternately despising what they are or determined to change it regardless of what they were told...even when they're using their new skills and talents for the benefit of all concerned. That is a personal preference, not a criticism of the story, but I mention it because it did affect my enjoyment of the book. I never warmed up to Kira and in fact, spent most of the book in various stages of annoyance with her.

I was slightly disappointed by one other aspect of the book as a whole. I think Bonham did a good job laying out the plot and pacing it well and offering it up to the readers clearly (as much as could be done for my less-than-tech-genius understanding, anyway). But while I felt the "what" of the story was well defined, the "why" of it got a little neglected. By the end, I wasn't totally solid on why the werewolf rogues were doing what they were doing beyond a general distaste for monkeys and a quest for power. That quest ultimately wasn't sufficient to explain the motivations, and there seemed to be a bit of a disconnect between their actions and the scope of danger that humanity would pose for the werewolves if the humans they planned on cyber attacking through the Enchanted Forrest ever got wind of exactly what they were up against. I don't think quite enough attention or credit was given for the fact that in this country, the power is in the money, and the quickest way to get a silver bullet in the heart is to piss off security conscious conglomerates with virtually unlimited funding, so I don't think, ultimately, that the "why" of their actions matched up logically or emotionally with the "what" of them enough for me to maintain a willing suspension of disbelief in the big picture presented.

I also had a hard time connecting in any way with the relationships between Kira and Aleric and Kira and Jim. Maybe because I was so overwhelmed by the tech terms slung about with reckless abandon and no explanation for the layman that I lost the ability to feel one way or another about the triangle, though it wasn't given much room to develop, either. Jim's character and development in the story in general felt a bit odd and out of place, though, so even though I got the impression that the human side of Kira wanted Jim and the Alpha in her wanted Aleric, there was very little offered to allow me to form an emotional opinion of Jim in particular and the romantic triangle in general one way or the other.

I'm certainly not sorry I read Howling Dead, and I'd be interested in a sequel, as there's enough offered to lay the groundwork, but I do wish it had spent a little less time on the tech side and more time on the character and relationship development of the characters, and the reason that they all acted and felt the way they did.