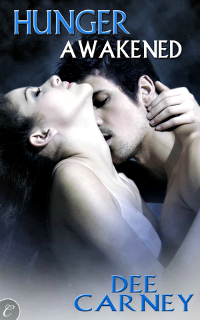 Born vampire Sebastian Kent guards the ruling council of the same vampire community that ostracizes him for his unknown heritage. A heritage Bast has spent hundreds of years researching in an exhaustive search to find out who his father is. Who he is. But Bast may have run out of time. He's in a human club on the hunt for the blood he needs to survive when he's overcome by a wave of scorching heat he doesn't understand and laid low by a debilitating sickness he can't control.

Alice Bowman has hit rock bottom. Fighting an illness that is slowly killing her, broke and homeless, she ekes out a pitiful existence in the dismal days between meager disability checks. She's just found her dinner in a dumpster next to a club when she hears someone being violently ill in the alley.

Helping a sick stranger get home isn't the safest thing she's ever done, but something about the man compels her to help him. Maybe it's just his obvious wealth combined with her desperate need. And Bast has his own motives for wanting to keep Alice close, not the least of which is that her touch soothes the searing agony that's threatening to destroy him. Letting her into his world is against the very rules he's sworn to uphold, but letting her go screams against every instinct he has.

Working together may provide their only hope of survival, if being together doesn't first get them killed.

Every once in awhile I read a book that I like way more than I should. This second installment of Carney's Vampire Hunger series is one of them. I had quite a few issues with the story. The plot, which didn't extend much beyond Alice and Bast dealing with what's going on with him and his mysterious illness, was straightforward but a little one-note. There were some fairly tenuous connections, too, like the genealogy work Alice was so adept at, and the real stretch to provide her ancestry as a reason their connection was so intense. That bordered on eye-rolling to me.

Bast came off as a callous douchebag in the first chapter, then seemed to get a personality transplant without much story development to support it. He and Alice had some depth of character, though. More than the secondary and ancillary characters, anyway, as they were very two dimensional - when they were featured at all. And the big secret, Bast's paternal side, was blatantly, painfully obvious long before either character caught on to what he was becoming.

All of those issues really should have made this book more of a struggle for me, but to be honest...they didn't. I really enjoyed this book. I liked Alice very much from the moment she's introduced in the story, and once Bast's personality had that about-face, he was a great male lead as well. I liked how they related to each other and took care of each other when each was at their worst. They had great chemistry both in and out of the bedroom, and while definitely not very complex, the plot was more than enough to keep me invested in finding out their fate.

I haven't read the first book in the series but didn't need to. The world is fleshed out well enough in this book to provide a loose framework for the series. There are a couple of characters I assume were featured as the main romantic pair in the first book, but they're not involved until late in this one. They didn't have huge roles, but Carney introduced them in a way that provided sufficient exposition for their participation without bogging down the narrative with a big info dump.

There is one word of caution I'd like to give about one element of the read. There's a lot of sex, and it's nice and hot, but I know some readers are put off by the "c" word when referring to a woman's naughty bits, and that happens a lot. I'm sort of ambivalent about it myself, as it's certainly not the most romantic terminology, but it didn't so much bother me as it just sort of disrupted the flow of the sex scenes a little. That may be a larger issue for some.

Though this certainly isn't what I would consider a perfect book, I was still thoroughly entertained. I'm not sure, after just this one read, where the series is heading, exactly, but I think I'll stick around for the ride. I'd be thrilled by a more layered plot and a bit more meat to the story, but honestly, Carney did quite all right in this second installment without it, so I won't really complain, either.

Return from Hunger Awakened to One Good Book Home