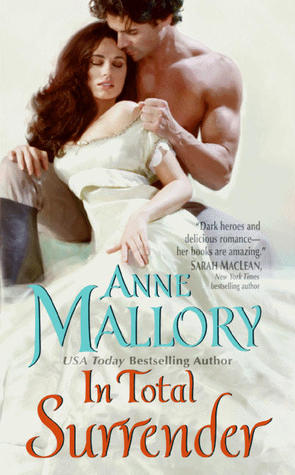 Disclosure: An ARC of this book was provided to me by Avon Books publisher HarperCollins via NetGalley. This rating, review, and all included thoughts and comments are my own.

Phoebe Pace will do whatever it takes to keep her family from the poorhouse and her father from debtors prison. She knows he wasn't responsible for the mistakes he made, and she knows why, but to reveal the truth would only serve to worsen an already grave situation. So Phoebe does what it is in her indomitable nature to do...take control of the situation, seek the help that she needs, regardless of the source, and persevere. Through guile, cunning, and a bit of trickery, she will follow her instincts and beard the lion in his den. And what a fine lion he is.

Andreas Merrick is a Bad Man. For twenty years he has built up a fortune and a reputation as such. Driven by the fiery need for vengeance for a childhood that almost killed him, he will use every tool at his considerable disposal to destroy his enemies, regardless of the collateral damage. And if he could just get that damnably persistent and beguiling beauty - no, harridan! - out of his office and his life, he'll be perfectly content to continue on along his dark, dangerous path.

Yes. That's the plan. As soon as he can stiffen his spine against that winsome, perfect smile of hers...maybe if he were blind - being blind wouldn't be that bad...he can get back to being the feared demon his opponents believe him to be. Damn that infuriating, stubborn, willful...deliciously-scented, bewitching Miss Pace for asking for his help.

I had the best time reading the first part of this book! Seriously, the absolute best time, even if some of the story detail was a bit confusing at first. I haven't read the first two books in the series, and there were elements of the plot and history of the characters that had obviously been previously introduced. I was able to focus on the story as told, though, even when I didn't necessarily understand it all. I pieced things together well enough to feel that it read all right as a stand alone. And even with the confusion, the first third of the book delighted me.

The characters were the key. Adreas' dark desire for revenge fuels his less than savory character, and everyone is terrified of him. Except Phoebe. Phoebe is like a perpetually sunny, curious, fascinating, and excessively bright locomotive that plows into Adreas before he knows what hit him. Despite every instinct in his body pushing at her to stay away, he's quite literally helpless against her. It was at turns adorable and hilarious to see him become his own worst enemy as he struggles to survive her relentless onslaught.

The narrative is written with a style that made it a little hard to follow in places, especially in the opening chapters where I wasn't too sure what was going on or how the characters and story connected to one another. As I became more familiar with the plot and the characters' thoughts, I was able to better understand the almost truncated inner monologues of Adreas. He tended to think in bare bones words and phrases, and his thoughts jumped around whenever Phoebe was around. That either lessened as the book progressed or I got so used to it that it no longer bothered me, but it definitely gave me some issues at first.

While I totally adored the first third of the book - loved it with a passion because of Andreas' hapless struggles against the unconquerable Miss Pace, the narrative shifts focus from Andreas to include Phoebe's perspective and the pace of the book slowed a bit. The scenes including Phoebe's mother did little for me or for the plotline. I completely enjoyed Phoebe as a character, and I loved just how deliciously devious and sneaky she was when she needed to be, but I preferred the narrative from Andreas' point of view. He's a dark and tortured sort of hero who appeals most when he's floundering and utterly out of his depth with Phoebe, so I hungered for those scenes.

I did think there were some missed opportunities in the evolution of his dealings with Phoebe's presence. The food Phoebe makes for Andreas is an example. Throughout the first part of the book, Phoebe is baking and bringing it to Andreas daily. He pushes it away, refuses to eat it, and each day it gets more and more tempting to try it. Then the story shifts and we're not brought back to Phoebe's baking ways until he's already to a point where he'll only eat what he makes himself or what she bakes for him. I would have loved seeing that final crumble into his first taste, and that missed opportunity was indicative of a wider issue. Andreas was fighting a losing battle for so long, and the lost ground was so delightfully entertaining as each inch slipped away, that suddenly shifting to the battle lost and his dark resignation over her victory was slightly less satisfying than it could have been.

The romance between Andreas and Phoebe was the book's shining star. I would have liked seeing more of Phoebe's antics as she fought for her family's company, and I would have liked more of Andreas' point of view. As written, though, it's a wonderful book with some truly excellent parts and I enjoyed it immensely.

Return to top of In Total Surrender

Return from In Total Surrender to OGBDA Book Reviews Home