I Fell Hard for Virgil 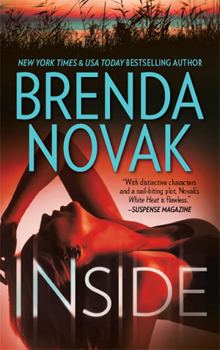 Disclosure: An ARC of this book was provided to me by Harlequin imprint Mira Books via NetGalley. This rating, review, and all included thoughts and comments are my own.

Virgil Skinner served a fourteen year prison sentence for a murder he didn't commit. He was eighteen when he went in - little more than a child. He quickly learned to do what he needed to do to survive.

Full exoneration is all well and good, if fourteen years overdue, and walking away from the pen is all Virgil ever wanted, but he knows - knows - what will happen to him on the outside, what will happen to his sister and her two children if he doesn't do something, because he has no intention of sticking with the gang he hooked up with inside. They were a means to an end and that part of his life is over. That being said, he has no intention of turning on them. He'd given his oaths and he'd stand by them. Virgil knew that wouldn't stop the gang from hunting down him and anyone he cares about as soon as it became clear he was out of more than just prison.

That's why he agreed to the deal with the California Department of Corrections and Rehabilitation, why no sooner had he been set free from one hellhole that he agreed to go willingly into another, to the notorious Pelican Bay. A maximum security prison from hell in northern California, Virgil agrees to go in undercover, jumping in with the gang there and acting as a snitch for the CDCR. He's doing so - and would do far more - for no other reason than to protect his sister and her kids. He would take any risk, do whatever he had to do, if he could just keep his sister, his niece, and his nephew safe.

He hadn't expected Peyton Adams, Chief Deputy Warden of Pelican Bay and vocal opponent of this undercover operation. What surprised him is that the passionate, idealistic woman thought the op too dangerous for him. She was concerned she wouldn't be able to protect him when he went in. She's right, but he doesn't care about that. And Peyton's worry for his safety, or the way she looks at him like a man instead of an ex-con...well, he couldn't let himself care about any of that. No matter how good it feels. Because if he lets himself care, he'll do something far more dangerous than anything he's ever done before...he'll start dreaming a woman like Peyton could ever want to be with a man like him.

For my first foray into books by Brenda Novak, I think I found a great starting place. I enjoyed her writing style and appreciated the research that she put into capturing the lingo and life in a prison. It added an air of authenticity to many of the characters and to aspects of the plot. The story had depth and the various threads and external conflicts were woven together nicely, creating a cohesive, captivating narrative that started strong with two appealing main characters.

I have to admit, though, Virgil was the brightest spot of it all for me. I loved him. Novak created an utterly sympathetic character, the proverbial tragic hero, and imbued him with a sense of tarnished nobility. He's a realist to the point of pessimism, yet he shows glimpses of naked yearning and hope for a future he tries desperately not to need. It's heartbreaking at times, and watching him do what he had to do despite it all garnered respect.

Peyton was a solid female lead. I'm hard on them, I know; finicky with my preferences. In Peyton, though, Novak created an intelligent, competent woman who had her life well in hand. I enjoyed her. She didn't have the same spark or story presence that Virgil had, but she complimented him nicely.

Novak showed off quite an aplomb for creating characters that a reader can easily love or hate, depending on their roles. Her secondary characters were realistic and three dimensional. I'm afraid I have to admit, Virgil wasn't the sole focus of my reader-crush. I started two-timing him as soon as Pretty Boy was introduced into the story. Tacky and shallow, I know, but still, I would have loved seeing even more of him and I hope he's a character that will pop up in later books.

For all that the book was deftly and expertly executed and the characters entertaining, I wasn't crazy about the end of the book. After the careful, well-paced, diversely-plotted build up of the external conflict and the organic development of the romance, I didn't feel the resolution of the book did either justice. The epilogue, while tying up enough loose ends to at least appease me in reference to the external plot, wasn't enough to make up for the lack of relationship development between Peyton and Virgil between the final scene of the book and the epilogue. I felt a little gypped on the romance in that regard. I was also a little disappointed by the lack of apparent gain for Virgil's stint undercover. With everything that was risked and sacrificed in the big picture, I would have liked to have seen more benefit defray all that cost.

Even with those minor issues, Inside was a very solid, entertaining series debut. It certainly had it's fair share of action, plenty of suspense, a romance that was both heartwarming and seductive, and characters to root for (or despise when necessary). Not a bad introduction to an author with whom I wasn't previously familiar. Not bad at all.

Return from Inside to Romantic Suspense Genre

Return from Inside to OGBDA Book Reviews Home