A Bit of Harmless Fun 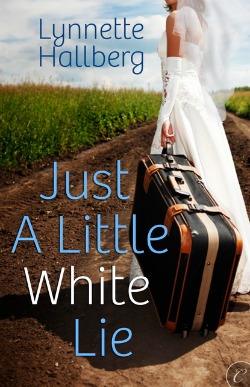 When she catches her fiancé with his pants around his ankles just minutes before their wedding, his ex-girlfriend wrapped around him providing the sort of sendoff no nearly married man should ever get, socialite Lucinda Darling tears out of the church and away from the guests, much to the disapproval of her rich and ever-so-socially-aware parents. Spurred on by righteous fury and morbid embarrassment, she throws her bouquet, sure enough. At the supercilious prat's head. Then she climbs into her car, struggles to corral her fairy tale gown so it doesn't block the windshield, and hits the road, heading north out of Florida and into Georgia.

Which is exactly where she finds herself when her car dies and she rolls to a stop on the side of the road; humiliated, horrified, and now, stranded.

When Jake Parker sees the girl in the wedding dress by her obviously broken down car, he stops immediately. It wouldn't be at all Southern to just pass by without offering a helping hand. He offers her a lift, and can only imagine the picture they make as they head to the nearest town on his motorcycle. She's a wary little spitfire but obviously having a bad time, and once he finds out her story and her identity, he offers her something she can't say no to, a much-needed break from her own life and a short jaunt with Jake in his.

He doesn't tell her he knows her father, or that he's struggling against the intense attraction he feels for that man's daughter. Lucinda Darling may represent everything he's been fighting against for the last year...or she may be an unwitting bystander. What he can't deny is that she's seriously lovely, and if helping her out gives him time to spend with her, well...he's really okay with that. And as it turns out, she may just be able to help him out, too. She's a runaway bride after all...and that's just what he needs.

Sweet, largely uncomplicated, humorous in places, and generally fun, Hallberg's Just a Little White Lie may not be the most complex or original contemporary romance I've ever read, but it's not trying to be. It is exactly as it seems: a pleasant way to spend a few feel-good hours of reading entertainment. And honestly, sometimes that's all it has to be for me to be happy.

Sure, the romance came together quickly, more quickly than I usually prefer, and neither the external plot-driven conflict nor the character-driven relationship conflict were very extensive or earth-shaking, but both Lucy and Jake were likable, and they had strong, solid chemistry with all the sizzling bits done up just right. As a reader, I was rooting for them both. I would have liked a bigger smack in the face for Lucy's ex-fiancé and a more public helping of humble pie for Lucy's father, but a surprise twist with Jake's dad at the end was a nice touch.

There was a short, secondary romance thread with Jake's sister and his best friend that, frankly, could just as easily been left out of the book. It was too abbreviated to really add anything to the story, and the time spent focused on them could've been spent adding some more meat to the evolution of Jake and Lucy's relationship, but I'm not really too picky when I'm looking for some mindless brain candy.

And this book is definitely what I consider brain candy. More importantly, it's written in the sort of breezy, sexy style that lets readers know it has no ambitions to be anything but exactly that. I can appreciate that as both a reader and a reviewer. I may not remember this one long after it's done, but I enjoyed it while I was reading. That works for me, and it's enough.

Return to top of Just a Little White Lie