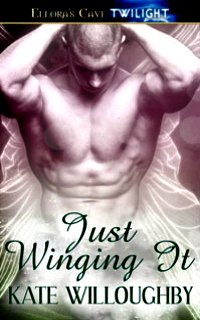 Still reeling and wounded from her recent termination from the United Wish Federation after a bad decision almost cost a friend her life, former wish fairy Davina Traherne is further shocked when her grandmother sideswipes her with a dictate on Davina's future. One that includes a forced marriage and motherhood. Her grandmother is throwing a ball and has invited the male fairies she has hand-picked as acceptable candidates. If Davina doesn't choose a husband from that crowd by the end of the night, her grandmother will choose for her.

Desperate to decide her own future and find her own true love, Davina flees to the only fairy she can think of who may be able to protect her against her powerful grandmother. Cross-agency arbitrator Lazlo Urbanek.

The last thing Lazlo was expecting while he was settling down with some pizza and root beer after a long day at work was a frantic, flighty fairy banging on his door and begging for his help. Davina Traherne of all fairies. They occasionally worked together, but mostly Lazlo just considered her a pain in his backside. A gorgeous, lust-inducing, drool-worthy pain in his backside. She'd had the starring role in several of his hottest fantasies since the last case they'd worked together, but he had no illusions about her character. She may be a walking wet dream, but she's more trouble then she's worth.

For all that he knows he shouldn't, though, Lazlo can't say no to her. He hates her lack-of-plan mentality, is disgruntled at the disruption in his life, and is none too thrilled with her attitude, but damn if she isn't the prettiest and most lively female he's ever seen. Problem is, hiding her away from her grandmother and offering his protection brings up a troubling question fated to plague him forever.

As Lazlo is doing his level best to keep Davina from her grandmother's husband-procuring clutches, who, exactly, is going to save him from Davina and the hurricane-force effect she has on his libido...and his heart?

Have you ever sighed happily? Read something, saw something, did something that just made you take a breath and release softly as pleasure heated your heart and happiness curled your lips into a soft smile? That's what this novella, and this series, for that matter, has done to me time and again. What a little gem this series is, and how lovely an addition this story is to the whole.

Willoughby has done it again. In the limited length of a novella, she's managed to create two three-dimensional characters, stir them into a wonderfully satisfying romance, let them have plenty of sizzling hot sex, and surround them with several memorable secondary and ancillary characters and a plot that has surprising depth. Not really sure how she does it, exactly, as so few authors seem to manage half that, but I'm not going to argue that she does and has done for every single one of the four lovely novellas in this series.

I loved Lazlo! He's definitely more appealing as the male lead than I thought he'd be after meeting him in A Wolf at her Door. Willoughby took his character in a very nice direction, and his backstory and the implications of his issue with magic were wildly creative and generated a strong internal conflict that really defined him as a man, gave him depth, and made his character seem very real to me. I adored him. Sometimes brusque and stodgy, sometimes intense and passionate, sometimes awkward and endearing, he was a real (and yummy) delight.

Davina, who has been a cast favorite of mine for this entire series, stumbled a bit for me in her own book. I've always loved her irrepressible optimism about true love, her irreverence, and her willingness to break the rules for the greater good. I was a little disappointed in places in this book, though, because some of her reactions and emotional displays seemed more strident and abrasive than quirky and charming. In a couple of places she came across as an elitist snob, or whiny and petulant. In other places, an immature child. She wasn't the most consistent of characters.

There were also some small issues with the narrative. Minor stuff, really. A couple of scenes have a flurry of emotional extremes that didn't play quite right for me, and some of the transitions were too lightning quick to be completely believable. Despite that, by the end I was a little teary-eyed (and let's keep that between you and me) and oh-so-happy. I've said it before but it bears repeating, Kate Willoughby has a genuine gift for blending smoking hot sex with significant emotion and depth of both character and story. It's a gift that shouldn't be missed. Sorta like this series. 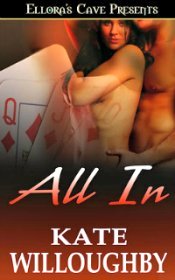 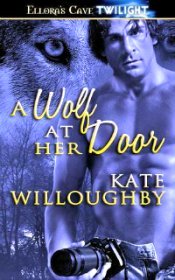 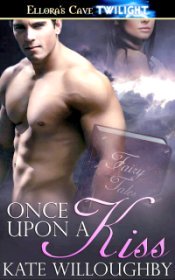 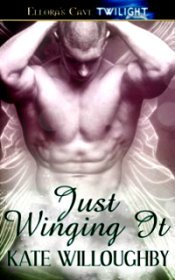 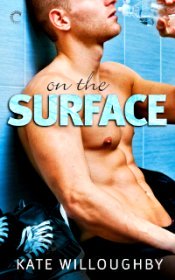 Return from Just Winging It to Paranormal Romance

Return from Just Winging It to One Good Book Home