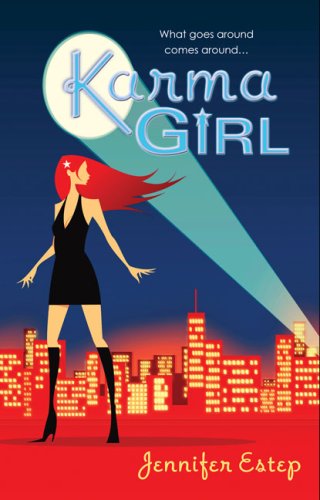 Carmen Cole is on a mission. When she found her fiance in bed with her best friend thirty minutes before her wedding, something in Carmen broke. When she realized that under the wedding clothing that the two were...er...working around...lay the truth of their secret identities, and that her fiance was her town's superhero and her best friend was the town's ubervillain, she did more than break. She snapped. Pictures that is. Of the two lovebirds doing the deed. Then she ran right to the newspaper she worked for and broke the story. Fueled by righteous anger and bearing a load of pain and humiliation, her heartbreak became the fuel for a quest, for a mission - unearth the identities of every superhero and ubervillain there is so no one could be lied to and hurt like she had been. And so her mission began, and she followed it faithfully until the day that her story caused the suicide of one of the superheroes she unmasked. The regret and sorrow over that haunts Carmen, ending her mission, throwing her karma completely out of whack, and leaving her ripe for the pickings of the Terrible Trio - her current city's ubervillain crime bosses. Karma is a bitch, and when it bites back, it leaves marks, and Carmen is just about to realize just how bad karma can get. Will any superhero lend a hand after her mission of disclosure?

As a true tongue-in-cheek romp, Karma Girl is a fun, light read. There's nothing too dark and unpleasant, and even the villains tend to feel more Sunday comics than dark comic book. Nefarious plans and wicked plots abound, as do irrepressible superheroes and sexy millionaire playboys. At the center is Carmen, the wounded reporter who's now paying for her revenge in the worst ways. I truly enjoyed the very "Batman/Superman" feel to the book - the costumes, the masks, the alter-egos, the AU technology and inventions (like the freeze gun stuff and the explodium). It was just a whole lot of fun - and as long as you're okay not taking it seriously, it's a cute romance, too...though admittedly, I would've liked a wee bit more of just Carmen and Striker scenes. The book is written well and while the pacing slowed in a few spots, it was nothing that really distracted from my enjoyment. I enjoyed the F5 group, and the villains were suitably villainous, and sure - it doesn't take a mad scientist to figure out who everyone is, but so what? It's not supposed to for the reader - that AU blind spot (like no one noticed Clark Kent was Superman??) that exists in all superhero books, movies, comics, etc. was well represented here.

There were only a couple of things that really bugged me - the prolific use of the word "karma" and being hit over the head with Carmen's guilt over Tornado's suicide. Both were so, so, so overdone that it exceeded by far the bounds of foreshadowing/plot development and headed straight into being really distracting. I understand the importance of karma as a theme here, and to keep Carmen likable she had to feel remorse for Tornado, but sheesh - there's a fine line and it wasn't just crossed here, the author did the naked samba over it all through the book. Other than those two complaints, I found this book to be a fun, light, and surprisingly cute read that really well represented all those crazy, campy superhero stories. Nicely done.