Brought Love Back Into Romance 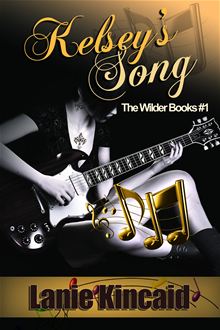 Disclosure: An ARC of this book was provided to me by Griffyn Ink via NetGalley. This rating, review, and all included thoughts and comments are my own.

There are few things as piercing to the eardrums as a screaming five-year-old in a store, and at the wails, single mother Kelsey Conklin sized up the situation with a studied gaze. One mortified, over-his-head-and-drowning-fast father, one furious little girl. She sympathized, having been there herself a time or two, and she did what she could to help the situation, shamelessly using her own two children as buffers, distractions, and a bit of emotional manipulation.

Hey...mothers do what they have to do.

Being rescued by a lovely woman with two remarkably well-behaved children in tow during one of the most horrifying...but during the last little while, embarrassingly familiar moments of his twenty-nine years is the first truly good thing to happen to J.D. Hewlitt's life in days. His daughter, a child he didn't even know existed a month ago, hates him. His life as a struggling musician is in shambles. His band is teetering on the brink of collapse and financial ruin, and the other members are not adjusting well to his new time constraints. Clothes shopping for a child he is starting to fear may be part demon is just the last in a long string of things that aren't going well for him.

And maybe things are turning a corner for him, because when he gets back to the new apartment he's leased for him and daughter Andie, he notices that his store savior is a neighbor. And as they exchange pleasantries Kelsey once again is there to provide much needed help with Andie. But he's not just a taker. J.D.'s totally willing to help Kelsey out whenever she needs him for anything he can provide.

Hey...fathers do what they have to do.

From those humble and panicked beginnings springs the most important friendship that either Kelsey or J.D. had ever dreamed could exist. But when friendship deepens and affection grows to something sweeter, the lives their friendship allowed them to build for themselves may be exactly what cripples any hope of exploring the true depths of their feelings for each other.

I wasn't even halfway through this pleasantly surprising book when I realized two things: I was enthralled by the characters and their lives in every facet on every page, and there is a subtle but amazing difference between a romance novel and a love story. Kelsey's Song is definitely a love story. A warm, wonderful, touching love story.

I can't remember the last romance novel I read that introduced the main characters to each other, thoroughly and completely developed their relationship into fantastic friendship over a believable span of time, then proceeded to fully evolve that friendship into a deep love in a completely realistic manner (with highs and lows), all while introducing and developing non-relationship plot threads that were engrossing in their own right. And I can't begin to tell you how rewarding I found it to experience that sort of encompassing tale.

This isn't a book that treats lust and love as nothing more than interchangeable descriptors, or predetermines the requisite first sex scene must fall between the 48% and 52% mark of the book, thereby cramming whatever story is necessary to get the characters to that point into that first half of the book, regardless of fit. Instead, Kelsey's Song is a rich, fully-nuanced emotional treat for fans of sweeping love stories...who have the patience to wait and savor them.

Kelsey and J.D. were simply adorable, with an enchanting mix of strengths and insecurities, and their kids were wonderful. I even liked J.D.'s band mates. Kincaid drew all her characters together and judiciously used them to highlight and enhance Kelsey's and J.D.'s burgeoning relationship as well as aspects of their individual lives and personalities outside the boundaries of the romance. I loved it.

Not that it's a perfect book. I'm not saying that. Personally, I thought the whole of the story could have benefited from a bit more stringent an editing process. Nothing so bad, really, just a bit of tightening up and trimming off here and there. It also struck me as a bit too thorough in some aspects, too sparse in others.

I loved the steady, sedate pace of the book as friendship blossomed, then grew into the the unspoken love between Kelsey and J.D., but the secondary characters - J.D.'s band mates in particular - were a little two dimensional. Likable, absolutely, but without a lot of depth and a little stereotypical in their roles. I also wouldn't have minded a more comprehensive understanding of Kelsey's and J.D.'s past. Both were brushed upon several times but never really given the attention some of the threads were begging for, and I still have some issues and unanswered questions, especially about Kelsey's brother Andy.

I was a little disappointed in the inevitable relationship conflict when it arose. It was fairly predictable - but more than that, the predictability was compounded by a frustrating lack of communication and a few too many moments of the characters jumping to the worst possible conclusions at the worst popular times. It also served as the only time I thought the book felt a little clichéd or "traditional" for the genre.

For me, though, those issues took little away from the best parts of this book, and most of them were wee little things anyway; meta-issues, if you will, rather than the full-sized, displeasure-causing sort. I enjoyed this book far too much to truly feel critical about the small stuff that niggled me.

One more thing... The book cover is...unfortunate...and in no way what I consider an accurate representation of the quality of the book's content or scope of the emotional satisfaction to be found in the story it covers. I could count on one hand the number of times I've commented on cover art in a review, but if you're like me and can be put off b y a cover that has no visual appeal, I hope in this case it can be overlooked. It would be tru ly unfortunate to miss a great read because of the wrapping.

I've replaced the former book cover artwork with the new cover art recently released by the publisher! The previous paragraph was in reference to the original cover art. Thank you very much to talented author Lanie Kincaid for contacting me to let me know of the publisher's change.

Return to top of Kelsey's Song