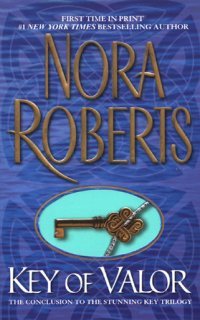 Zoe McCourt knows all about working hard to get what she wants. She's a master at taking the old, the broken, the used, and turning it into something special. Money has always been tight, security always a narrow thread, and time a premium. She comes from poverty, but worked her way out of it, little formal education, but worked her way into it, and when a childhood of raising her siblings segued into a relationship that ended with a teen pregnancy, she was forced to grow up far too fast. Only now is she starting to reap the rewards of grit and determination. Now, as she's raising the love of her life, her son Simon, she's also on a mystical quest to find the final key and release the Sisters of Glass, she has a solid core of friends who have become her family, and is working her way towards a fantastic future with her own salon atop of the business she's gone into with Dana and Malory. Her future looks bright, so long as she can find that key and keep Kane away from her son. And so long as she can keep the intimidating Bradley Charles Vane IV from pushing all her buttons. Once she loved a boy who came from money and it ended badly. Bradley's not a boy, but his wealth and polish make Zoe feel out of her depth, and the power of the attraction she feels for him could doom them both if Kane gets wind of it. And that's something that Zoe will not allow.

Months ago, before he'd even decided to return to Pleasant Valley, Brad Vane found a painting at auction titled After the Storm. Inexorably drawn to it and compelled by the ethereal face of a woman in the painting, he bought it. It was an act that seems preordained long after the fact, and as his attraction to the flesh and bone woman Zoe McCourt far supersedes that initial burst of appeal to the painted lady. But she vexes him at every turn. Stubborn, overly independent, and completely oblivious to danger, the pixie with power stomps all over every well intentioned move he uses to get closer to her. Heck, he had to buy her a stepladder just to get the first tentative smile from her. He's not used to having to work so hard to woo women, but his Zoe is worth it, and he's totally gone over her son Simon.

Brad knows that Kane is going to be coming after her, and they've done what they can to protect her son. He's determined to protect her, too, no matter how stubborn, no matter how willful, and no matter how hard she pushes him away. This quest has become more than releasing the souls of the sisters, and the way to victory may lie in the destruction of a god.

In this sweeping conclusion to The Key Trilogy, Roberts maintains her character-driven saga with aplomb. The series has charmed with its individuality of character and realistic portrayals of burgeoning friendship, love, and shared tragedy. The lyrical narrative and quick, genuine dialogue set Roberts books apart, and both are found in abundance in this and the other two books in the trilogy. For the sheer enticement of the interpersonal relationships within, this series shines brightly.

I found myself less enamored with the plot of the quest in this book, though. Even more so than in the first two. By now a pattern has emerged and yet characters involved seem surprised by events within that pattern as it continues. And what few twists do exists didn't seem terribly effective, nor last long enough to have much of an impact. I never found Kane to be a particularly fright-worthy adversary, and what terror he did induce was truly too transitory to give him much validity as an enemy or a threat in the trilogy as a whole. I was disappointed in that aspect of the trilogy because of it.

For the first time, I was less than pleased with one of the characters in the book, as well. Zoe seemed unusually fraught with indecision and emotional waffling, and that was very inconsistent with the mental image that had formed from her presence in the first two books. She seemed, frankly, a bit too wishy washy.

Still, Simon was a charmer and a total doll and Brad a strong, steady dream. I loved seeing the guys bond and watch a family start to grow. Some of the funniest and most heartwarming moments came when the single man is really forced to face some of the difficult questions that can pop up in a nine-year-old's mind. I enjoyed their relationship immensely.

I'm still satisfied and entertained by the trilogy as a whole. Roberts has a gift with them, and while perhaps The Key Trilogy wasn't the best of the many I've read, it was a strong, solid contender and provided tons of reading enjoyment. The characters feel like old friends by now and I plan to visit them again some day. There's little more, really, for which a reader can hope.

Return to top of Key of Valor

Return from Key of Valor to OGBDA Book Reviews Home