An Avalanche of Action 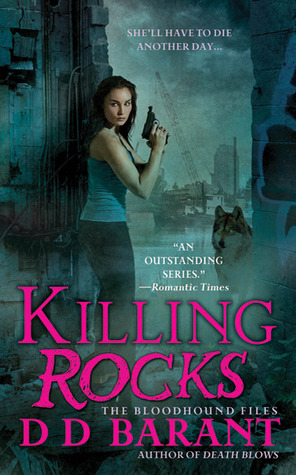 An ancient and powerful shaman sorcerer named Ahaseurus yanked FBI criminal profiler Jace Valchek out of her dimension at the behest of the NSA in his own. They needed her to track and catch a human psychopath and terrorist named Aristotle Stoker. Her efforts, while...enthusiastic...haven't been all that productive, so she's still stranded in a world in which human beings make up a measly 1% of the population and are horribly outnumbered by vampires (pires), lycanthropes (thropes), and golems (lems). To make matters worse, even if she catches Stoker, she's still got to get Ahaseurus to send her back or risk ending up back in her universe, but years, even decades beyond when she left. And Ahaseurus, known as Asher by the NSA, has gone rogue and disappeared.

He doesn't stay that way, though, and NSA intelligence has uncovered a potential deal being brokered between Ahaseurus, Stoker, a radical golem rights group called the Mantle, and a nasty weapons dealer called Silver Blue. The NSA is putting together a task force to take them down, and Jace Valchek is spearheading the force in Las Vegas.

As Jace knows all too well, though, plans were made to blow up, crash down, and incinerate everything around them. Before she knows what's happening, Vegas has turned into a lem stronghold and golems are killing pires and thropes and rounding up humans in their bid to gain autonomy. War has come and Jace is stuck at ground zero with a megalomaniac sorcerer stirring the pot and working his own agenda. Her golem partner Charlie is no longer guarding her back, he's joined the Mantle army, and Jace's only support is the Tinker Bell look-alike Azura, an Astonisher (which is sort of like a cross between David Copperfield and James Bond...mostly) from yet another alternate dimension. Despite a less than auspicious introduction to her, Jace is left with little choice but to partner up with the talented Azura to take down her target, the evil, world-conquering sorcerer Ahaseurus.

What happens in Vegas is supposed to stay in Vegas, but when you add Jace to the mix, "supposed to" tends toward bloody, fiery balls of action, horror, and terror.

I love Jace Valchek. She's one of my favorite heroines. Not only is she smart, able to kick some serious ass, and doubly likely to get herself mired in trouble, she's stubborn, mouthy, sarcastic, and her sense of humor is sharply self-effacing and biting. She makes me laugh. She makes me care about her. And her partner Charlie is the perfect counterpoint. I've been a huge fan of this series since the beginning for the very reason that they're both so captivating.

They're certainly not the only positives, though. Barant has created a wildly original world, imaginative and wicked, and Jace is ever teetering on an interesting precipice of moral ambiguity. She's human, which makes her the definition of a minority, and she's working for...er...people who were responsible for her race's near extinction, but her code of honor and sense of responsibility drive her to do her duty against another human whose methods are reprehensible but whose motives are grimly understandable. And each time her ticket home is at the tip of her fingers, her sense of loyalty demands she push it further away. It's a loyalty to those who have become friends - in this dimension in which she was brought against her will. Such a meaty and complex conundrum.

I wasn't totally thrilled with the plot of Killing Rocks, though. Not only was there far less Charlie for my tastes, but the plot of the book seemed a bit muddy and convoluted. It did clarify for me the depth of evil in Ahaseurus, but I still have a lot of questions about Stoker - who's a bad guy, certainly, but his levels of madness seem to fluctuate and I'm not entirely sure how he fits into the big picture yet. I thought I knew, but there were some confusing teasers...or potential red herrings...in this book. The former Dr. Pete, now Tair, is another meta-villain who intrigues me. I'm interested in his continued development.

Barant had a smart, original method of exposition delivery in this book. I appreciated the concise catch-up as well as the manner in which it was relayed. While I wouldn't recommend a reader new to the series start with this third book, in theory they could, and feel reasonably comfortable with the events of the previous books while doing so - at least the broad strokes, anyway. Frankly, though, I'm so fond of the characters and the details add such flavor to the books, I'd strongly suggest new readers start at the beginning.

The myth scenes were also fascinating; storytelling within a story in which myths from Azura's world were told or acted out and observed in Jace's (well...her new one). It was a unique method of creation and explanation, but I'm not sure it added to the development of the plot, and it slowed down the action a bit. Not to mention I'm still getting used to Jace's new dimension, so adding the history of yet another seemed a little excessive. Points to Barant for the creativity and world building, but I wish the reason for those scenes had been more clear and that they had been better incorporated into the development of the main conflict. I'm still not sure of their purpose in the big picture, and can't imagine how they served Ahaseurus' nefarious plans.

In part because of that, and in part because of the time spent in Azura's world, it felt like Jace was very disconnected from the golem insurrection, and by default, Ahaseurus' actions, until the end. And even as certain key issues of conflict reached resolution, I was left feeling like the characters didn't progress much in this book, and while they may be better aware of the scope of the evil Ahaseurus is capable of, they're certainly no closer to catching either him or Stoker.

The strength of Jace & Co. as characters and the creativity of the world in which she finds herself goes a long way in entertaining me in this series. I have nothing but love for her and her friends. And honestly, though I had some issues with the plot of this book, I felt it was easier to understand and more palatable than the conflict in the previous one. The Bloodhound Files is right up there towards the top of my favorite ongoing series. Better Off Undead is up next - hopefully later this year, and I've read that Barant has contracted for three more, so my inner reading slut is doing her happiest of happy dances. Trust me when I tell you, that's not something you want to see...no matter how giddy it makes me.