One of My Favorite Reads This Year 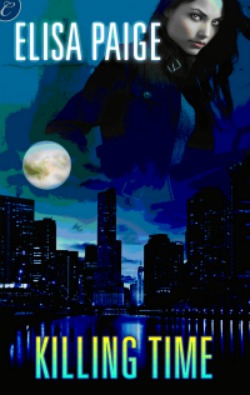 She was created for one purpose. To kill. She has no name, just a designation. Her kind, bitterns, are genetically engineered clones that serve the fae lords as their keenest hunters and assassins. They are little more than animals and are treated as such. She has always been different, however, resistant to conditioning, rebellious, obstinate, and unbreakable. No matter how brutal her masters' torture, she defied restrictions. And she escaped.

Since she crossed over to the world of round ears, to the human realm, she has pursued one goal with frightening intensity. Find the immortals who shared a common enemy with her and ally with them. Get the information she needs. Kill the psychotic vampire allied with the Dark fae king, then, when the walls between planes fall on Samhain, return to the fae realm and release her beserker rage all over the king and whomever else has the misfortune of getting in her way. She will slaughter them all. She knows this. She will not survive. She knows this too.

With her first goal nearly in sight she is forced into a slight change of plans. The immortals she was tracking are battling rival vampires and fae beasts and to save them, she lets her berserker rage free. When she wakes up back at the building she'd been squatting in since arriving in Dallas, she comes nose to furious nose with an exquisitely carved and obviously disgusted Native American face.

That face belongs to Koda, ancient guardian, protector of his people, and friend of the immortals she was tracking. He loathes her, thinking her fae, as the fae have annihilated his race for centuries. Convincing him that she's not fae, that in fact she reviles them at least as much as he, is a herculean task. As it becomes clear that she's being targeted by her former fae masters, and the vampire she planned to execute suddenly ups the stakes on an impending war with humans and immortals alike, joining forces with Koda becomes the only viable strategic option.

Two magical beings with a common goal, beginning as enemies, becoming wary allies. They must battle against the forces of evil before the death count spirals out of control and the land is scoured by the ravages of war. Along the way they will discover a fiery need for each other that neither had anticipated and it will forge allies into friends, then lovers. He is Koda. She is bittern...and she calls herself Sephti. Together they are the best hope for mortal and immortal alike.

One hundred and ninety. That's the number of books I've read, including this one, since January 1st. Nine. That's the number of those books, including this one, that I've tagged as a favorite. It's definitely not a tag I give out generously. It's also the first time I've ever tagged a series book as a favorite when I haven't read the preceding book/books in the series. Those are the facts. Killing Time deserved it. That's my opinion.

I was a little bowled over by Paige's Killing Time. I wasn't expecting to be as impressed as I was, but despite not reading the first book in the series, Stealing Time (an oversight I can assure you I will be rectifying), just about every single one of my Happy Reader buttons got stroked, tickled, and pushed with delicious abandon.

Fantastic characters - especially Sephti, who I was completely in love with before the first chapter was done. A layered and imaginative plot that struck the perfect balance between the urban fantasy elements and paranormal romance elements. A rich and vibrant world and mythos brimming with originality. A narrative that brought all those aspects together, reached out and grabbed me by the throat and carried me along for the duration. Man, Paige is a hell of a storyteller.

The relationship between Sephti and Koda was so satisfying. Not only did they work well together as a couple, providing the romance lover in me with tons of heart-pounding moments of love, angst, and sexy sensuality, but Sephti was also a complete and three dimensional heroine in her own right, independent, deadly, and more than capable of not only pulling her own weight but rallying those around her to pull theirs too. I could easily imagine her as the center of her own urban fantasy series, and that satisfied the UF lover in me.

The bad guys were heinous and truly threatening, their impact on the world and the characters tragic, so the plot started strong and maintained its intensity throughout. There was conflict on all sides, and Paige kept me guessing on what dangers would pop up next, satisfying my need for pulse pounding entertainment that ratchets higher and higher as the story progresses. There was little in the way of story down time or moments when the pacing lagged - hell, there was hardly a moment for the characters to catch a breath before the next twist in the plot roared over them. I was captivated from cover to cover.

There were a few places in the narrative that I think would have been enhanced for me if I'd read the first book, some setup for the arc of the series plot, some secondary and ancillary characters with obvious backstory I wasn't familiar with, and previously established relationships that I had to guess at. Never once did I feel lost, however, or think I was missing an important aspect of the story because of it. This novel stands well on its own, but I'm still kicking my own ass for missing out on the start of it all. I can only imagine how much more entertaining I would have found this book had I read Stealing Time first.

Even without it, I loved this book. I loved Sephti. Koda remained a bit of an enigma, but I liked him very much. I loved their relationship and the conflict of the external threat. Yup, this book has a little bit of everything that most tickles me as a reader, and it joins the select list of books I've read this year that I've tagged as favorites. I can't wait for more.

Adding it to my TBR pile :)

I hope you like it, Nicole. Stop by after you've read it and let me know what you thought.
Happy Reading!
~ Tracy

Return to top of Killing Time