A Romantic Suspense That Has It All 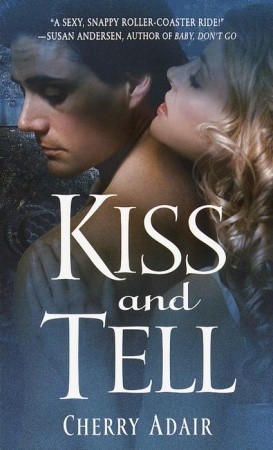 Jake Dolan was holed up in his mountain retreat for a reason. Someone had sold him out on his last mission, the terrorist he'd dedicated six years of his life to tracking and killing had slipped away from him yet again, and it looked like there was a mole in his agency...one who was setting Jake up to take the fall and threatening his sixteen years with the specialty covert operations unit. Life wasn't exactly a bowl of cherries for him, so when he looked at the monitors and saw a giant dog and a diminutive woman on his land...not thirty feet from the front door of his cabin above him, Jake was none too happy. And the woman was blond. Jake had very bad luck with blonds.

Marnie Wright had come to her grandmother's cabin in the mountains to make some life changing decisions. She had many fond memories of the place, having spent many a summer with her four brothers running like wild children all over the place. Now that her granny was dead and her brothers were rattling their sabers about tearing down the old place, she just wanted a chance to say good bye to some poignant memories and decide what her next course of action in life was going to be. She knew what she didn't want - to be a doormat...to be beholden...to be treated with kid gloves. Mostly she wanted to live a life she could be proud of.

She didn't expect the gruff demand of a surly stranger as she sat on a log sketching the cabin she'd come across while she was hiking with her Great Dane, Duchess. She didn't expect to find someone so utterly unapproachable to be so darned attractive, either, even while he was holding a shotgun and demanding she remove herself from his mountain - and if his attitude was any indication, the planet in general. But Marnie has four older and much bigger brothers she'd spent twenty-seven years dealing with, so surly didn't have any effect on her...much to Jake's bemused fury.

Events quickly conspire to trap Marnie and Jake together and the man can't get rid of her quick enough. One blond slitting his throat was enough, he surely wasn't going to let his guard down for another to do the same thing, and when a squad of men show up bearing weapons and combing the mountain for him just after the appearance of the potentially treacherous female, Jake's convinced he's been set up...again...to take the hardest fall of all.

I loved this book! Marnie was a delightful spitfire and Jake was a perfect blend of deliciously grim and adorably helpless against her. The plot was a bit of a stretch in places, but the action was top notch and the pace heart-pounding as Marnie and Jake try to stay alive without killing each other. There was just enough humor to make me chuckle out loud in several places and enough character development to really make me feel for both of them. I was delighted by a heroine who wasn't weak and didn't do stupid things and charmed by a hero utterly lacking in charm and so damn stubborn and convinced he's right...right up until he's not.

Everyone has preferences in their reading pleasures, and Adair definitely hit on just about every single one of mine in the romantic relationship in this one. It was just perfect for me. I favor spitfires and unbendable men - the unstoppable force and the immovable object to the extreme. Despite an initial volley by Marnie near the beginning that I thought was precipitous, I found the arc of their physical and emotional development to be paced well with the action and goings on around them. It never felt rushed or implausible given the nature of the characters, and that was a particularly pleasant surprise. And I loved - just loved - everything about Jake in the final chapter. He stole the show (details withheld to prevent spoilers).

I had a few issues with the plot, though. Beyond Duchess seeming a bit too much like Lassie on more than one occasion and the identity of the head baddie not being any sort of surprise, there were a few things that seemed a bit unlikely, if not downright contradictory (baddies with hands bound behind their backs cannot shoot someone in front of them). One scene in particular bothered me a lot - and I'm going to try to be as spoiler-free as possible, but it annoyed me so much that I have to say something - a bad guy has brought Marnie to the head baddie and head baddie specifically asks bad guy if she had weapons. Bad guy tells him she had a gun that she shot at him but he took it from her. Now...this is a team of highly motivated and highly trained terrorists...don't you think the bad guy would frisk her and find the other two weapons she had on her? The fact that he didn't snapped my willing suspension of disbelief to hell and back and jolted me right out of the story.

Despite all that, the romance and the action were strong enough to keep me utterly enthralled through to the end of this very satisfying book. The romantic story arc gets a resounding five stars from me, but the suspense parts were a bit weaker in spots and kept me from rating the book as a whole quite that high. Still, I very much enjoyed it and purchased the second in the series, Hide and Seek. I am a little confused, though, because according to the author's website, Kiss and Tell is the first book of The Wrights subset of The Men of T-FLAC series, but it's listed as the second book on Amazon, with Hide and Seek listed as the third. I'm not sure what's considered the first, even after my time on Adair's website, and I'd hate to miss a good story if it's out there. Any information to clarify would be appreciated.

Return from Kiss and Tell to Romantic Suspense Genre

Return from Kiss and Tell to OGBDA Book Reviews Home