Unique and Spunky Vampire Cesca Storms Onto the Scene! 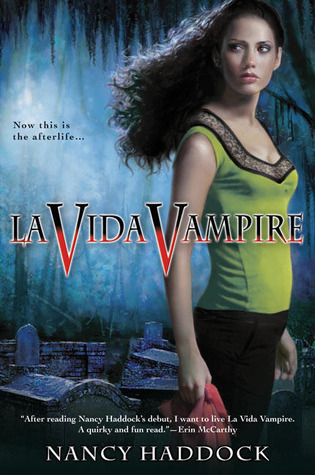 Francesca Marinelli - call her Cesca, which rhymes with Fresca - is a vampire, online student, surfer chick, and historic city tour guide aficionado in a city that is near and dear to my heart, St. Augustine. She's a feisty, quirky, independent-minded but socially-conscious vampire who doesn't drink in front of people. She holds her nose when she has to drink blood at all, in fact. Her greatest ambition after spending 200 or so years chained and imprisoned underground is to chisel out a normal life, free to come and go as she pleases - with respect to the GPS chip in her arm that keeps tabs on her 24/7, and so long as she doesn't slip too far from her vampire sponsor - who's also her roommate and best friend.

She's sassy and quick-witted, politely sardonic. I love her!

Cesca's bopping along, mapping out just about every spare minute of her life, when a member of her most recent tour group ends up murdered and - no surprise to her - she's looked at as being a suspect. Not everyone's too keen about her afterlife status, after all. While police inquiry is a drag, though, it does introduce her to superhotty Deke Saber - the supernatural forces special agent who at first thinks she's as guilty as can be.

As details start to flesh out the mystery and threats start fluttering at Cesca more intently and dangerously, Saber vows to not let her out of his sight - an even more dangerous proposition to the positively virginal (literally) Cesca.

I really enjoyed La Vida Vampire. It's original and charming, and Cesca is a witty and spunky protagonist who is no one's patsy. That the book is also set in St. Augustine, my absolute favorite southern city and just down the road from my old stomping grounds, was a particularly decadent frosting on a full-flavored cake.

La Vida Vampire's got a bit of mystery, a bit of romance, and a bit of mysticism. Ghosts and witches and shape changers are flitting around in the background too. Which actually leads to a small bit of objective criticism on one of the plot threads in the book. While I believe this thread may be indicative of a wider arc through the upcoming series, and is included to add depth and breath to the plot, the paranormal aspects (uh...I mean other than the vampires and the ghosts) seemed oddly out of place and read more like a more somber and dark urban fantasy. It was sort of odd mixed in with bad hair days, surfing, nighttime dashes to the 24 hour Wal-Mart, and the daily doses of caramel Starbloods.

Other than that, though, there's a solid, original story here with a lot of style and class...and a yummy agent Saber there to fan all those flames. Strongly recommended if you like irreverent heroines with a lot of self respect who still manage to get themselves in very sticky but funny situations.