A Subtle Romance in an Intriguing Magical World 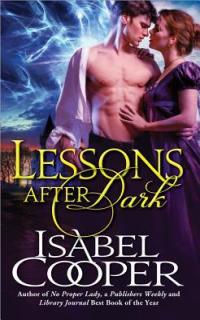 Olivia Brightmore needed this teaching job and was desperately hoping she wouldn't get turned away at the door when she showed up at Englefield. The new school was special, important, and highly secretive. She was offered the position by the couple who had started this incredible venture and with so few options, Olivia knew she had to keep it if she had any hope of staying out of the poorhouse.

There was tragically little money left after all the bills from her now-deceased husband's care had been settled, and Olivia was far beyond being able to pose as a medium as she did when she was younger. Especially given what she now knows about real magic, and how she wields it.

Englefield, the school for specially gifted children who will one day serve as a force against an army of darkness and evil, is an opportunity and a chance to take an active role in saving humanity from things it is unprepared to handle. It meant everything to her, so if the school's doctor and fellow educator, Gareth St. John, looks at her with silent scorn and a challenge in his eyes, well, she'll deal with it. She isn't the same woman she was when their paths crossed so long ago, and she has earned her position. She's not responsible for his derision and disdain.

The searing weight of it only hurts a little.

Wounded serving crown and country, Gareth is a staid and steady man of quiet intensity, one with a unique gift for healing that serves him well in his role as a doctor. He knows exactly who Olivia is, or was, and is vocally opposed to her position at the school. No doubt a woman such as her will taint the children in her care. If his generous friends and benefactors can't see her for the morally bankrupt charlatan she is, then Gareth will assume the duty of watching her like a hawk. All the better to swoop down and snatch her away from her charges before she causes the trouble he knows is unavoidable.

The problem with that plan, however, is twofold. One, no matter how many of her classes he observes, or how narrow his focus on her every move, even Gareth can't argue her dedication to responsible teaching principles both magic and mundane, and her grasp on the paranormal. And two...well...he's oddly and irrevocably attracted to the woman, a fact that gains greater and greater significance the longer he observes her. Of course, allowing her to become aware of either of those problems would serve no purpose, and could very well end up coming back to bite him.

And given his surroundings and the gifted nature of the children and teachers there, that could very well be literal.

Without having read the first book in this interesting historical paranormal romance series, No Proper Lady, I can't say how well this serves as a followup. I can, though, say it read just fine for me as a stand-alone. And it came with its fair share of pleasant surprises.

With a subtle style and the feel of historical authenticity, this slow-moving but character-driven story had its share of delightful moments. The plot, however, doesn't have much in the way of significant external conflict, and the romance is the sort of low key that sparks and slowly builds in the shadowy conversational corners of dialogue subtext. I know that style can frustrate and even bore readers. There were parts of the narrative that bored me, and I'm not a huge fan of subtext (that's mostly because a lot of it goes over my head). Still, the romance worked for me in a way that reminded me of my favorite Victorian romance classics.

The narrative has plenty of dialogue and a fair amount of exposition, but there just never seemed to be much solid information clearly and plainly offered in it. I felt a little at a loss when it came to the world-building and mythos for the series. Not enough to cripple my ability to understand the events that occur in this story, or to hamper me from slotting the secondary and ancillary characters, as well as their abilities, into substantive roles, but enough that I did feel a loss of context for the idea and purpose of the school in the big picture.

The romantic dance between Gareth and Olivia, though, was delicate and deftly handled. I would have enjoyed a more thorough backstory for each character, but they both held a lot of appeal as individuals and the chemistry between them had a finely wrought, understated intensity. Both characters were wonderfully individual and had a force of personality unique to them. Olivia was the more flexible of the two, with a nurturing and caring nature, while Gareth tended to silently stew in his ideological passions, passions hidden behind of wall of steely control. They tiptoed around each other as their initial animosity churned to grudging, then mutual respect, slowly building to admiration neither would admit to, which steadily grew into affection despite themselves. It was quite lovely to read and provided my favorite moments of the story.

Parts of this book struck me as being purposely and frustratingly obtuse. Intelligently written, in some places brilliantly written, but occasionally hard to understand. The romance amused and delighted me, though, as Gareth and Olivia so politely danced around each other, and that's what made this read a winner for me.

Return from Lessons After Dark to Historical Romance Genre

Return from Lessons After Dark to OGBDA Book Review Home