A Classic and Beautifully Written Romance 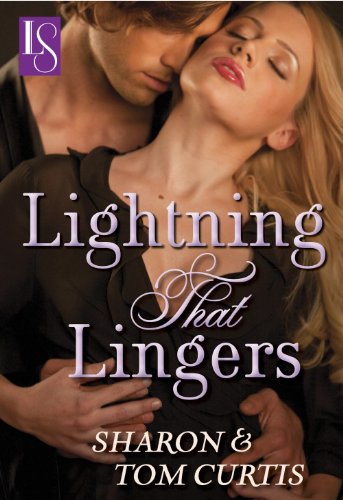 Disclosure: An ARC of this book was provided to me by Random House Publishing Group via NetGalley. This rating, review, and all included thoughts and comments are my own.

When her friends suggested a night out at the popular Cougar Club, shy and timid librarian Jennifer Hamilton thought it would be fun and exciting. She had no idea just what sort of club it was until she stepped into the place and saw some of the merchandise sold in the gift shop. Any lingering illusions were dashed when the show started and the male dancer started stripping down to nothing. Fainting from the horrified embarrassment was a serious risk, especially when the one man who had caught her eye when she first sat down, a man she thought was a classically beautiful specimen of manhood...but just the sound man, turns out to be the headline act. Mortified and nearly undone when he tries to get a kiss from her as part of his stage show, Jennifer rebuffs his advances and struggles to make it through the traumatic evening.

Phillip Brooks was irresistibly drawn to the timid woman with the large, helpless eyes. He didn't know her name, didn't know where she lived, but among a sea of clamoring women, she was like an oasis of purity and that lure filled him with a deep desire to have her in his bed. It was pure happenstance that their paths crossed again mere days after the night he saw her at the club. Either that, or very good luck. Finding out her name and where she worked gave him every opportunity to pursue the desire and yearning that filled him from the moment their eyes met.

She is a unique and precious gift to a complex and guarded man, but their love may be doomed to failure. She is an innocent, and he, most assuredly, is not.

This Loveswept Classic Romance, originally published in 1983 and now being released in electronic format, is a beautifully written tale by writing pair Sharon & Tom Curtis. It is truly a gem in romance fiction. While aspects of the narrative definitely call into question the label of 'contemporary' romance, the lyrical prose and exquisite writing style elevate it above such pitfalls as feeling dated. Instead, it has a truly classic feel, as if it would comfortably share shelf space with such notables as Austin and Bronte, despite aspects of the content.

It is romance done ever so right. Timeless and genteel.

The shy ingenue is, quite notably and oft mentioned in my reviews, not one of my favorite characters in fiction. I usually have little patience for retiring wallflowers such as Jennifer and have an admittedly cynical view of them that more than borders on disdain. I also tend to prefer the relationship between main characters to develop over a more realistic span of time, and am leery of the too-quick love declarations.

I won't say those things didn't bother me here; I truly would have preferred them to be otherwise. It's rather that despite them, I loved this book completely. I adored the lyrical descriptions and deeply admired the complexity of character found in Phillip in particular, the wildlife biologist who is the heir to a bankrupt empire once on par with Rockefeller and Hearst, who strips in a club in front of panting women to pay the taxes on his family's land out of a desire to preserve the natural habitat. He was intelligent and kind and flawlessly drawn, though not without the personal flaws to make him seem unreal.

The plot of Lightning that Lingers could perhaps be considered formulaic. There certainly was little surprise as to what the conflict would be and how it would have to be resolved, but the journey to conflict and through to resolution was written so appealingly that I was truly swept away by the whole of the reading experience. In a time when romance relies too often on cliche and tripe, and lust has become too often mistaken for love, this classic romance relies solely on the strength of quality characters and elegant prose to spark the flame of genuine emotion and true romance. It's a keeper in every facet and I loved it.

Return to top of Lightning That Lingers