My Favorite of the Series 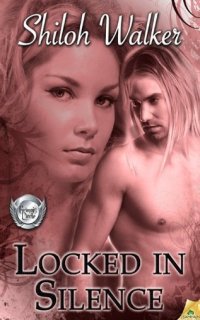 She has known about demons for a long time, since she was attacked by one and managed to kill it. It had been possessing her sister at the time. Vanya bears the ragged scar on her cheek as a perpetual reminder, not that she needs one. Not that she could ever forget killing the thing that wore her beloved sister's face after it stole her soul.

Since then, she's made it her mission in life to kill as many demons as she can, all the while knowing it is just a matter of time before she dies from the attempts. But that's the way of things for a human who is fighting so many things that are decidedly not. Will told her so when he found her years ago and gave her a choice - an opportunity, really. To turn her obsession into a...celestial occupation of sorts. To become a Grimm. And her time has come.

Vanya won't be doing it alone. Baby Grimm need training, after all, and Will wouldn't just leave her hanging. He knows what he knows, that there is one particular Grimm who needs to help the new girl on the block. But Will is under no illusion about how well that information is going to go over with the man who calls himself Silence.

A couple of hundred years experience has taught Silence that change is not a good thing. Nor is letting anyone get too close. With a human past so horrific that it left him scarred and mute, he has long been the very silence that his chosen name describes. The thought of training anyone leaves him cold, but that sort of choice is not one that Will allows.

Silence is sent to the newest Grimm, helps her through her change, and starts the arduous process of training her in everything she needs to know. He's surprised by the connection that springs up between them and the gifts he gets as a result. Given his past, though, Silence isn't surprised at all when it becomes tragically apparent that there is a price for even that small blessing...a price that will be exacted in blood and death. This time, however, it won't just be his.

This fifth installment of Walker's Grimm's Circle series is far and away my favorite of the bunch to date. I believe it's lengthier than its predecessors (though I didn't check to verify). Story elements are well-defined, characters robustly fleshed out, and the plot threads are numerous and meaty. More so than in several of its predecessors.

Vanya and Silence, though, are who make this book for me. Vanya, for all that she's young, is tough and strong, streetwise and gritty, with a steel-covered core that hides her grief, fear, and insecurities. Layered and complex, damaged by her past, she's a sympathetic heroine, and Walker does a particularly nice job displaying both her strengths and her vulnerabilities as she and Silence grow closer.

Speaking of Silence, I loved him. Admittedly, part of that wellspring of drooling adoration is that I have a special place in my heart for heroes and heroines who function perfectly well, even triumph, despite having an injury or disability that makes day-to-day living harder for them. Silence is mute, but his muteness is his least defining character trait - he is so much more than an inability to speak.

He and Vanya fit very well together, and more than just romantically (though of course, that romance was sexy-hot). They compliment each other in skills and abilities, personality and temperament, commitment and intensity. It was a good match, and reading along as they opened up to each other was a lot of fun and offered up some sweaty, bed-breaking, yummy good times.

I would be remiss if I didn't mention some of the secondary characters, too. Will and Mandy, who were featured in an amusing and awesome prologue, have had a continuing plot thread throughout the series, and I've enjoyed seeing their relationship progress. Especially now that Mandy is awake again. Another favorite was Finn, who practically leaps off the page and sets fire to every scene he's in. He's got so much story presence, it would surprise me if he wasn't screaming in Walkers's head for his own book (or singing off-key about bottles of beer on the wall or something else equally distracting). I hope he gets it.

There is one thing that is niggling me about this series, though, I have to admit. There doesn't seem to be a well-defined plot-driven series arc or much plot-driven external conflict in each book and I'm starting to feel that lack more and more as the series progresses. Each book's story focus stays pretty tight to the relationship of the main characters, and Will is coming off as the Grimm equivalent of eHarmony.com. That's not a bad thing in small quantities, or mixed up with other plot elements, but after this many books, it's making the series seem a little one-note to me.

My only other issue with this story is that despite how much I loved Vanya and Silence, I wasn't crazy about the relationship conflict in this book. I'm not a big fan of the "I know best" decision making process that affects both without the input of both. It's part lack of communication, part fear, part (needless) self-sacrifice, and all-around annoying.

Still, Vanya and Silence were series favorites for me. I liked them very much as individual characters, loved them together, and enjoyed their story. They fit well into this highly imaginative series and their story provided my favorite book of the set.

Return from Locked in Silence to Paranormal Romance

Return from Locked in Silence to One Good Book Home