Goldilocks and the Big Bad Bear 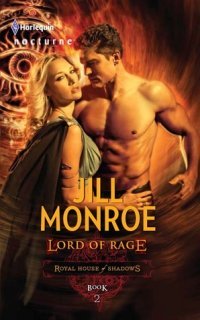 Once upon a time, in a land of magic and all manner of beastie, there lived a pampered but restless princess. Though resigned to duty, her dreams are her own, and those dreams are filled with a man who make her pulse pound and her blood heat. Then, one horrible night, the sweetest of dreams is interrupted by the terrifying sounds of battle. A siege is being laid on the castle, an evil sorcerer laying claim to the kingdom of Elden. Princess Breena races to save her younger siblings, then tries to make it to her parents to aid in battle.

When she finally makes it to the throne room, a dire situation becomes so very much worse. Her parents have been captured and tortured, bleeding out on the thrones they're secured to. The princess, wild with despair and fear, can only watch as they struggle to touch, ignoring their surroundings, ignoring everything but their dying intent to save their children and exact vengeance. Their power surges up, fast and fierce, and they cast it out to their children. Fueled by fury, terror, and their own innate magic, the spell is like a raging inferno. It picks her up and sweeps her away, body and mind, casting her out of the castle, beyond the lands of the kingdom, and stripping her mind of her memories. She has exactly two things with her, all that's left of her heritage. One is a gift given to her and her siblings when she was a child, an engraved watch that she wears around her neck...the other a dark compulsion that burns deep inside her.

Once upon a time, in a land of magic and all manner of beastie, a powerful and proud people known as the Ursa were viciously attacked by creatures wearing the colors of a supposed ally. All but one newly matured warrior and his two younger brothers perished. The three were the last of their kind.

Ursa warrior Osborn never knew why Elden attacked them. For years the rage and hunger for revenge robbed Osborn of his honor and he turned to mercenary work to slake the beserker's hunger for death, until he was a shadow of the proud warrior he'd once been. Out of concern for the future of his two young brothers, Osborn retreated from the world of killing-for-hire and sequestered his broken family deep in the land of the bears who are his heritage. His days are full of work, his nights are full of passionate dreams of a woman who is the only source of peace he knows. His life, though, is still filled with the bitter need for revenge.

A lost princess with no memory of her past stumbles into the empty cottage of a broken warrior and his two brothers. Nearly starved, she gulps down their porridge, exhausted, she falls into one of their beds. And in that instant, it was...just right. When Osborn comes home, though, his warrior instincts flare and he follows the scent of an intruder. In his room he is startled and intensely moved when he recognizes the slumbering enchantress from his many, many dreams.

After all, somebody is sleeping in his bed...and she's still there.

This second book of the multi-author Royal House of Shadows series offered a far more concrete connection to the fairy tale on which it was loosely based. In fact, it wasn't until this book that I became aware that the first installment by Gena Showalter, Lord of the Vampires, was a mystically imbued off-shoot of Alice in Wonderland...or maybe Through the Looking Glass...I'm not really sure, though in retrospect I can see the similarity to Showalter's work in both of them. Regardless, the idea was for the series to provide mystical twists on classic fairy tales and Monroe did a nice job of it.

With the unique Ursa and berserker mythology Monroe introduced, the insight into the castle's siege, and the careful consideration given to the romantic development throughout, I had high hopes for this book. The storyline of Lord of Rage was far more cohesive and easily comprehensible than Showalter's, in my opinion. It didn't have the plot holes or weakly defined backstory of that novel. In that regard, this book was a far better read for me.

That being said, I still found myself frustrated by the too-abrupt external conflict and feeling short changed by the hasty resolution. Maybe I'm hoping for too much from a Harlequin Nocturne limited to under 300 pages, and if that's the case, than the fault lies in me, not in the book. I still would have been happy to have a chapter or two trimmed from the time Breena and Oswald were at his cabin in exchange for a better developed - and therefore more threatening - final conflict. Still, what's there is great strides beyond the confusing and ill-defined elements of the first book.

Lord of the Vampires wasn't without its strong points. Showalter rarely writes a character I don't like, and I was truly enamored with Nicolai and Jane. They seemed a bit more visceral and easier to relate to than Monroe's Breena and Oswald, with a few more personal foibles and issues, as well as charms and appeal, that left a larger impression on me than our hero and heroine in this book.

There's nothing really wrong with Breena and Oswald, but I can't say that there was much to their character definition nor their backstory that made them particularly notable to me, either. Oswald had a bit more internal angst than Breena did, as a result of his race, his history, and the raising of his brothers, but either could have just as easily been lead characters in any historical romance without the paranormal elements. Point of fact, this book read quite a bit like a historical romance to me, even more so than a paranormal. That's not a criticism, just an observation.

I still like the concept of this series, and I'm still very interested in how the arc of the series will play out over the next two books. I hope that the Blood Sorcerer gets what's coming to him, because the universal truth through both of these first two books in this series is that he is one very bad dude. One who needs a healthy dose of being heartily vanquished. In as painful a manner as possible. Here's hoping the next two books in the series see that come to fruition. 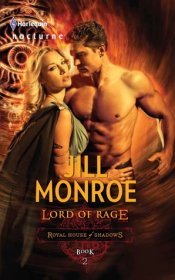 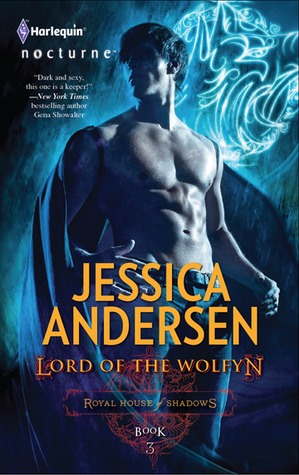 Return from Lord of Rage to Paranormal Romance

Return from Lord of Rage to OGBDA Book Reviews Home