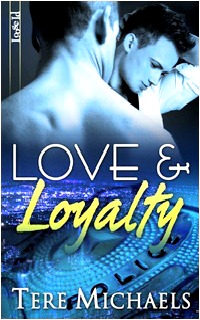 Seattle Homicide Detective Jim Shea did everything he could to put an accused murderer behind bars, but he sat in a courtroom and watched Ed Kelly, a good man, a devoted father and loving husband, suffer the injustice of a not guilty verdict moments before Ed's wife succumbed to a heart attack. The murderer stripped him of his daughter, his freedom cost him his wife. Failure and frustration burned hot and deep in Jim. After the trial, he started working all the time. He didn't sleep much and he retreated from life in a way that concerned all his friends. Then one day, Ed, who since the trial has become a sort of surrogate father for Jim, calls the detective to tell him that Hollywood has contacted him and for the first time, he's agreed to a meeting with them. He called to ask Jim to be there.

Griffin Drake is a screen writer. For years he's been tied to the coattails of famous movie actress Daisy Mae, both as her childhood friend and lifetime protector. Yearning to get away from a studio that favors box office bonanzas over substance, Griffin seizes on the tragic circumstances of Ed Kelly's loss and with Daisy Mae, goes to Ed's house to pitch an idea for a tasteful and respectful ode to the strength of a man who lost everything but survived with dignity. When he first meets Jim Shea, he finds the tall, dark, and stoic detective extremely handsome, but doesn't have any intention of allowing it to go any further. Back in LA, however, his thoughts keep turning to the man and a spur of the moment trip from L.A. to Seattle to see him - to discuss the case...really - turns into a romantic dinner and the best night Griffin has had in a very, very long time.

I loved this story of the stalwart detective and earnest screen writer, and commend Tere Michaels on writing a tender romance with likable characters, each dealing with their own issues yet far stronger together than they ever were apart. Jim is the serious and reserved one, Griffin a bit more emotionally available, but they evolve into strong partners. I particularly appreciated a story line that had them dealing with serious issues and challenges beyond the bounds of their relationship. That's rare in romances and I really liked seeing them support each other. The physical relationship did occur relatively quickly, but the emotional commitment was at a far more leisurely pace and Michaels did a great job of developing the characters, then showing a realistic evolution in their individual growth through the strength of their relationship.

Love & Loyalty was a true feel-good read, and I only had one or two things that I wish had been slightly different. I wish I could have seen some justice for Ed Kelly and his family. His tragedy was poignant and his enduring integrity was impressive. I liked him and wish we'd had a bit of a happier resolution there. I didn't, however, like Daisy Mae and the Hollywood dramatics with her husband, nor the way the relationship between her and Griffin played out. I started out liking her, but the bloom was quickly off the rose and by the end, despite everything, I found her slightly reprehensible. That being said, I credit Michaels for making these characters so believable and sympathetic, or if not sympathetic (as in Daisy Mae's case) at least flawed in a recognizable way.

As for the technical writing, the narrative of Love & Loyalty is smooth, the plot unfurls at a swift but pleasing pace, and Michaels has shown skill with the organic plot development and dialogue, including some cute banter between Griffin and Jim that didn't come off corny or cliched, but really highlighted the way they fit together. I sincerely wish Faith & Fidelity, a precursor to Love & Loyalty, was on Kindle. I have every intention of reading Duty & Devotion, a sequel to Faith & Fidelity and featuring Jim and Griffin from Love & Loyalty as secondary characters, but I'd prefer to start with Matt and Evan's origins. I may just have to buy the book in print.

Return from Love & Loyalty to LGBT-M/M

Return from Love & Loyalty to One Good Book Home