Love is a Battlefield

A Fast, Fun Battle of the Sexes 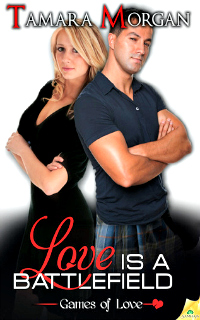 Kate Simmons takes the Regency period very seriously. She's a proud member of JARRS, the Jane Austen Regency Re-Enactment Society, and loves all things high-waisted and frilly. This year, she's responsible for the JARRS annual Fauxhall Gardens fundraising event, and she doesn't have much time or much money to secure a location for the event and organize everything.

Luckily, Kate and her best friend Jada find the perfect location at Cornwall State Park. It's picturesque, large enough to hold all the planned events and decorations, and best of all, it's free. It's also, unfortunately, scheduled to be in use for the weekend in question by a bunch of muscle-bound thick necks in kilts. Quite unacceptable, really, but Kate is undaunted. She's just got to convince the gorgeous and...well...admittedly drool-worthy Julian Wallace to do the right thing and find another location for his little manly-man games.

To Julian, the Scottish Highland games are more than just a bunch of guys in skirts tossing around some hardware and a few trees. They are intense competitions, a time-honored tradition, and for him, both a tribute to a beloved stepfather who had given him so much, and a way for him to help support his mother and sisters since his stepfather died. He trains hard for the games, dedicates his time and his all his energy to them, and during the season, he travels near and far to participate in them. This upcoming game is even more important. A critical national sponsorship is riding on it.

There's no way he's going to let some deliciously gorgeous but impossibly irritating bit of frippery stand in his way, no matter how sweet she looks in satin and lace. The games in town are always held at Cornwall, his childhood stomping grounds, and they're going to continue to do so. Plans are already in place. Vendors, tents, and the like are set to go. And that's the end of it.

The braw Julian, immovable object in a kilt, may have just met his match in the refined Kate, unstoppable force in silk finery. Let the games begin.

Fans of the enemies-to-lovers theme in contemporary romance should take notice of Morgan's debut, Love is a Battlefield. It is a light, high-spirited romp, sexy and sassy, with two main characters who strike sparks off each other in all the best and most infuriating ways. Second only to the friends-to-lovers trope for me in contemporary romance, enemies-to-lovers fits perfectly in this sort of tasty, brain candy read.

Kate and Julian are great adversaries. They're very attracted to each other, but that fact is forcibly ignored as their diametrically opposed needs (and equally hard heads) collide hard enough to shake them to the timbers. Then the contention over the park gets more and more heated and things start to get antagonistic. The one-upmanships and revenge hijinks they wage on each other were ripe with humor and tinged by the sexual heat they can't quite hide.

Admittedly, neither one of them were the most mature characters I've ever read, and both have issues that got on my nerves. Kate was myopic about Corwall park. She harried Julian like a terrier gnawing a bone instead of spending five minutes checking out more alternative locations for her fundraiser or even trying to compromise. Communicating with the man apparently isn't nearly as satisfying as the guerrilla warfare they wage on each other.

Julian was also annoying in his own way. He's got a lot riding on these games, and rightly or wrongly, they are very important to him. Despite that, or the fact that they were already planning on using the place before Kate tried to bulldoze her nose in, not once did he just sit and explain to Kate exactly what was riding on it, or tell her how important it was to him and his livelihood. He first hit her with some totally boorish behavior, then stayed closed-mouth about everything, instead choosing to meet fire with fire to keep his park.

I'm not a fan of relationship conflict based solely on lack of communication, and had this been a more seriously-themed romance, Julian's course of action would have been a deal breaker for me. Fortunately, in this type of humorous romantic comedy it was less of a problem. Less, but not none at all.

The main characters were a lot of fun, secondary characters plentiful and quirky, but the majority of the story revolved around the war for Cornwall park. Though the book made me chuckle out loud in several places, or titter in glee as one or the other got in a particularly good shot, I do think the battle between them dragged a bit for me as the book progressed. There was too little to draw my attention from it, as the book is fairly straightforward with few secondary and ancillary story threads. As a result, I felt the pacing slowed in places and I ran out of patience with the stoic Julian's continued reticence.

Even with that, though, I thought this was a lot of fun, a solid and highly entertaining read with a quick pace and two sharp lead characters. The chemistry between Julian and Kate is stellar and they are surprisingly excellent when they're working together as couple instead of fighting each other. The fun, though, is all about the battle. For a tasty bit of brain candy, it was a yummy bite indeed. 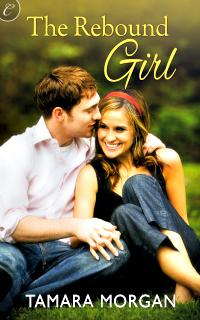 Return from Love is a Battlefield to Contemporary Romance

Return from Love is a Battlefield to One Good Book Home