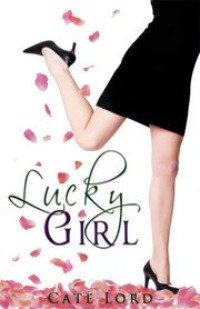 Flying to England to serve as maid of honor for her cousin's wedding just four months after her own fiancé dumped her is painful as hell for Orlando's O Tart magazine beauty editor, Jessica Devlin. She couldn't let the opportunity slip by, though, not when she had been working like a dog to free her schedule for the subsequent two week vacation with her relatives across the pond.

Thoughts of the painful breakup and agony over all the could-have-beens weren't nearly as bad as she thought they'd be, however, after she entered the church on her cousin's big day and locked eyes on the sexiest, most gorgeous man she's ever seen - a man she had, in fact, seen on her last trip to England two years ago...though that particular memory made her feel an odd mix of comfort and mortification. Even without such conflicts, she never would have forgotten Nick Mondinello.

The best man for the wedding is exactly that; the best man. As gorgeous as an actor, as slick and suave as a spy, Nick reminds Jess of a young and virile James Bond (he even has that dishy accent) who sets her pulse and heart to pounding. Surely he can't remember her. Surely life wouldn't be so cruel as to have this gorgeous, sin-in-Armani man remember that their initial meeting had included her puking her guts out and sobbing her heart out all over him.

Oh...wait...this was her life she was talking about. Of course he did. The one man in all the world who she would give anything to be with and she sees him again after four months of post-breakup junk food therapy, while she's feeling weepy about her romantic woes, and as she's wearing a hideous maid of honor gown. And of course this time she's single and could actually follow up on her deep attraction to the man! Yeah...there just isn't enough booze in the whole of the British Isles to make the horrific start of her vacation turn out okay.

Jess doesn't need luck to catch Nick's eye and turn his head in her direction...she needs a bloody miracle.

Lucky Girl has all the makings of a popular and wildly successful light romance. Quirky lead character with a variety of issues gets herself into all manner of trouble and gets up to all manner of hijinks, meets (or as in this case, re-meets) dashing hero she thinks is far beyond her league and proceeds to charm her way into his head and heart almost despite herself while friends and loved ones flit in and out of her life as either the cheering or jeering section, depending. Fans of chick lit should be more than satisfied with both the story and the sassy, flirty way it's told.

Or maybe not, because I thought I was a chick lit/romantic comedy fan and I had one very big problem with this book: I didn't like Jess.

I'm not going to try not to belabor the point too much, because I liked Nick and the rest of the secondary and ancillary characters just fine. I liked Lord's writing style, and had no trouble with the plot. Sure, it didn't pose many surprises, and yeah, I wish a few things had developed differently, but overall it was an enjoyable, breezy read without a whole lot of complications or depth. In fact, based on what I read here, I anticipate a bright future for Lord.

But I struggled mightily with main character Jessica Devlin in this one.

I found her to be superficial and catty, judgmental and hypocritical, shallow and needy. And my god, Nick may look like James Bond, but it's Jess who drinks like him. The woman couldn't seem to go more than a few hours (or pages) without tossing back copious amounts of booze. Of course it's a personal reading preference, and I get that Jess was on vacation, but I generally don't like my chick lit romantic heroines to be booze hounds. And just because I'm totally anal retentive and a bit obsessive (well...and because it was easy peasy to search for it on the Kindle), I checked. The word "wine" occurs 67 times, "gin" logs in at 27, and "G & T" (gin and tonic) had seven mentions of its own. So in a 268 page book, one of those three words popped up an average of approximately once every 2.65 pages. Call me crazy, but that seems like a lot to me.

That being said, it wasn't really the drinking that got to me, or the whole embracing the goddess stuff, or the clingy relationship with her weak and batty mother. I wasn't thrilled with any of that, but it wasn't what truly turned me off Jess as a character. No, that moment came at Nick's party, well over halfway through the book, when the woman enters the home of a relative stranger she has the hots for and proceeds to justify going through every closed door to search his house.

I stepped into the hallway and saw several doors ahead. All were closed. Mischief tingled through me. The other guests were busy talking and drinking, but I was curious to know more about Nick - personal tastes, fantasies, as well as a few oh so illicit secrets.

She was curious so I guess that justifies invading someone's personal space, a space that had clearly and without question been closed off to other party goers. And by the way, that's not mischievous behavior, that's unconscionably rude behavior. She was not dating nor in any way seeing Nick socially at the time and their previous encounters did not set sufficient groundwork to make her subsequent actions in any way acceptable. The unmitigated gall and unbelievable level of self-absorption Jess evidenced here so completely blew my mind that I wasn't sufficiently recovered for what came next.

And something did come next. Something that nailed the coffin on any appeal Jess hadn't already lost. In fairness, my reaction to it was probably not what was intended, because I was more, "Serves you right, you nosy bitch," than, "Aw, poor thing." I also cursed Jess for an imbecilic hypocrite right about then, too, given her grossly disproportionate reaction to the events.

Jess is just starting to case the joint and she slips into Nick's bedroom. She sees a bare-breasted Dominique sprawled across Nick's bed and she's holding Nick's hand to her breast in what appears to Jess to be a prelude to sex. Jess - feeling horribly betrayed and dismally lied to, spins around and slams out of the room, stops off at the bathroom (making sure to polish off her G & T while she's in there), tries to put the shards of her broken heart back together, struggles not to cry, and then sweeps out of the bathroom, gathers up her cousins...who are happy to jump on the "Nick's a Pig" bandwagon, and heads back to her place to - you guessed it - drown her sorrows in more alcohol.

Problem with all that is that when this horrible betrayal takes place, both Jess and the readers are under the impression that Dominique is Nick's girlfriend. Jess's feelings, therefore, seemed not only unjustified to me, but as Jess obviously had every intention of fooling around with a guy she thought was seeing someone else (which is just skeevy on principle...and as she'd been cheated on before the ex-fiancé left her, she should've known that), whatever hurt/betrayal she felt not only garnered no sympathy from me whatsoever, but actually made me loathe the character as monstrously hypocritical. After that scene I was wishing more fervently for a house to fall on her than I was for her to get her HEA.

It's a shame that I disliked Jess to such a degree, really, because even though I didn't like her, I appreciated both the intentions of the book and the story and enjoyed the manner in which it was told. And to be fair, I didn't loathe Jess throughout the whole book, just that one scene. The rest of the time it was more low-level annoyance and an inability to relate to her. Truth is, though, I was happy the book ended as it did.

Cate Lord has the ability to entertain a wide audience, and fans of chick lit should enjoy her sexy, breezy, and quirky style. While I wouldn't say Lucky Girl is the next Bridget Jones, I certainly would recommend it for Bridget fans. I'd just be hoping, while I did so, that my feelings about main character Jess are in the vast minority.

Return to top of Lucky Girl