It's Greek To Me 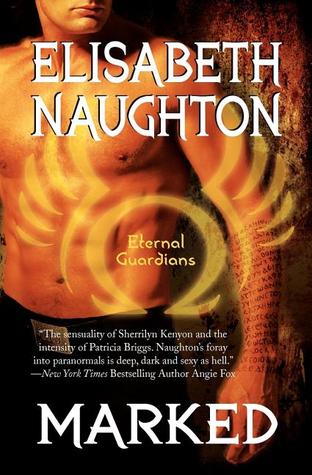 Theron is an Argonaut - their leader, in fact. The Argonauts are a group of warriors and guardians of the people of Argolea, a kingdom created by Zeus in a dimension separate from ours for the descendants of the original Argonauts, seven demigods who sailed with Jason on the quest for the Golden Fleece.

For almost two hundred years Theron has been a loyal warrior for crown and country, fighting the eternal fight against the daemons who continue to threaten the Argoleans when they cross the portal to our dimension. When Isadora, the king's heir and Theron's bride-to-be (a duty, not a love match) sneaks through the portal, Theron spends days searching for her, only to find her in a human strip club called XScream. Daemons are hot on their heels, however, and Theron just gets Isadora to safety before he's forced to fight for his life against them.

Acacia 'Casey' Simopolous works part time as a waitress at XScream, trying to make ends meet and keep afloat the bookstore her grandmother left her. Cutting out early on a bad night, headache pounding in her head, Casey's horrified to stumble across a scene out of a nightmare. Several...things...attacking something - no...someone. Not just anyone, either, but the Greek-god gorgeous man who'd run into her - literally - while she was waiting tables during her shift. He was now down on the pavement, bleeding, maybe dying. Only her fast intervention can save him, but in so doing, Casey takes the first steps down a path of destiny and destruction that will forever change her world.

While the Greek god mythology and/or the theme of a group of uber-alpha male warriors fighting the good fight has been well-worn in series like Kenyon's Dark-Hunters, Showalter's Lords of the Underworld, Ward's Black Dagger Brotherhood, and more, both the a theme and the mythology are well suited for the paranormal romance genre when done well, and generally I enjoy them booth very much. Unfortunately, despite a few new twists to the standard and characters that I enjoyed, I wasn't sold on Marked.

I struggled to get into the story. The beginning felt very slow to me, and I was over a third of the way in before the action picked up and pieces started fitting together. Throughout the book, the shifting POV provided the opportunity for a nicely layered plot with converging plot threads getting introduced and simultaneously developed, but I felt the evolution of the relationship between Casey and Theron was shortchanged in the trade off. And the transitions in those POV changes disrupted the flow of the romance, so I was unable to really connect with it on an emotional level.

Plus, as much as I liked Casey throughout, and eventually liked Theron (I wasn't sold on him at first - his unemotional duty-first attitude with a side order of arrogant human-bigoted booty call put me off), too much of what little time they did have together was Theron telling Casey what to do, squabbling with her, or saving her and not enough was them actually working together or dealing with each other as equals. My preferences for a romantic pairing lay in the latter.

I liked the idea of seeing the beginnings of an impending war. In all those other series I mentioned, the series starts with the group of warriors already embroiled (sometimes for millennia) in the battle against the FOE (Forces of Evil). I also really enjoyed the idea of the Argonauts' one true mate being almost a curse more than a blessing thanks to Hera. That's a new way to look at it, for sure.

There were things, however, with which I had some major issues. Plot holes and contradictions were pretty grievous and plentiful. Some small, some not so small. And I was left with way more questions than I had answers for by the end. There were also inconsistencies in character development and action that jarred me out of the story time and again. I'll mention a couple of the ones that bothered me the most, but separately to prevent spoiling those who prefer not to be. The truth is, though, it's not the specifics of my issues that matter. Agree or disagree with them as you will. The significant point is that the story, for whatever reason, wasn't strong enough to relegate my issues to petty grievances or annoyances, and instead seriously impacted my enjoyment of a book in a genre and with a theme and mythology that I'm predisposed to liking.

Like I said, though, there were good points. I give credit to the author for the undertaking of starting a war, and there hasn't been a group of uber-alpha male warriors yet I didn't enjoy on some level. I wonder, though, if this particular book and the overall series would've benefited from a different approach. I can't say that I'm invested enough to continue with the next book in the series, Entwined. The Argonaut featured isn't the character I was hoping for. I may wait until the next one is out and read the second and third back to back. I am interested in Nick's story, and Orpheus, as well, and thought both of those characters were intriguing, so I do hope both of them get their own books. For now, I'll wait and see.

The rest of the review has been hidden because it contains spoilers. If you want to read it, simply click on the button below.