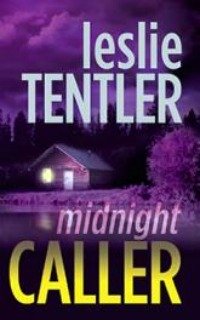 Disclosure:   This book was provided to me free of charge through the Amazon.com Vine program for the purpose of an honest review. All thoughts, comments, and ratings are my own.

FBI Special Agent Trevor Rivette of the Violent Crimes Unit has been tracking The Vampire Killer for over a year as the trail of corpses stretches through five different cities. The latest victim brings Trevor back to the city of his youth, stirring the demons of his past even as he hunts for a nightmare in the present. In the sultry city of New Orleans a killer stalks the young Goth community, leaving blood-drained corpses and a widening swath of terror.

Psychologist Dr. Rain Sommers is used to shocking phone calls on her nighttime radio show, Midnight Confessions, but when a man who calls himself Dante starts asking about blood and bondage, a chill goes through her. Though she cuts him off quickly, Rain can't shake the feeling that Dante wasn't a prank caller, he was something far more dangerous. When Special Agent Rivette introduces himself the next day and asks for a copy of the tape from the show, Rain's suspicions are confirmed, and she is forced to acknowledge that a vicious killer has turned his sadistic attention towards her.

Rain gives Trevor the first real shot at trapping a monster, but as they spend more and more time together it becomes harder to separate the job to keep her safe from his need to keep her safe. And with death stalking so closely, even the shortest lapse of objectivity and professionalism could have haunting, deadly consequences.

Leslie Tentler kicks off a new romantic suspense thriller trilogy with Midnight Caller, and the debut has a lot going for it. Tentler impressed with her flowing narrative and realistic characters, the depth and originality of some of the twists in plot, and a genuine N'Awlins flavor in the tone. While I tend to be predisposed to liking most books in my preferred genres, Tentler managed to catch my attention beyond that, and the debut was a more seasoned story than I was expecting.

Less police procedural and more psychological thriller, the investigative aspects of the hunt for a serial killer weren't overly detailed, but Tentler built a nice level of tension and fleshed out the story with several intriguing subplots and plot threads that added interest to both Trevor's and Rain's characters. Trevor's backstory played a huge role in defining him, and the crippled family ties were a nice touch that added a lot of pathos to the story. He was a dark, somber character - fitting in maybe a little too well with a dark, somber book - and while I would have preferred a little more happiness or signs of humor to balance out the death and the danger, the lack seemed an organic extension of his history. He may not have been a bucket of laughs, but he was believable.

Rain was less so. Admittedly, I have no experience with psychologists or psychiatrists, no knowledge of therapy beyond the fictional, but I had a truly difficult time buying her as an educated psychologist. In fact, I had a hard time liking her at all. It's not that there was anything particularly objectionable about her character, but she just seemed so bland and often came across as timid and passive. I enjoyed the details of her mother's history, but could never seem to connect to her on her own merits.

Between my issues with her, and Trevor's somber personality, I can't say the romance threads of the plot were completely successful for me, but I do think that their relationship was well written, the development nicely paced, and the conflicts within it deftly handled. The suspense and thriller threads were stronger, and I really enjoyed the number of red herrings and twists that were included. I was particularly impressed with the questions that remained unanswered and the thin layer of paranormal potential that was left largely for the reader to make up their mind to believe or disbelieve.

There were a few issues with the story that nagged me a little. I can't stand when lead characters, especially the damsels, purposely do remarkably stupid things, and there was one instance in particular in this book that bugged the heck out of me. If a known serial killer is stalking you and you have police protection in your house for good reason, maybe that's not the best time to slip out at night for a jaunt across town with no one the wiser. I'm just saying. And while I did appreciate the information that trip gleaned and felt it added much to the definition of Trevor's character, I thought the method was a bit odd and off putting.

Beyond that, there were a few plot threads that didn't quite connect for me. In one, the third person point of view narrative switched focus to an unknown character, I thought as I was reading that it was the killer, but by the end, the emotions and thoughts expressed didn't fit with what we learn about the killer, so I was retroactively confused about the whole scene and unsure of its purpose.

Debut or not, Tentler has proven her ability to tell a complex tale with unique and layered characters. While there were some aspects I wasn't totally sold on, Midnight Caller impressed me as a solid read in a genre that I enjoy. If this is where Tentler is starting, I can only imagine the brightness of her future, because this was a sophisticated and polished story with a lot going for it. I'll definitely be checking back with Tentler when the second in this trilogy, Midnight Fear, becomes available.