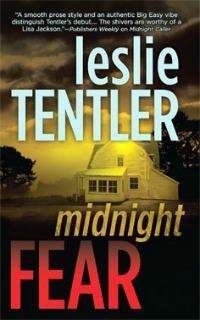 Two years ago, serial killer Joshua Cahill was convicted of raping, torturing, and killing six young women. The case was brutal on FBI Special Agent Reid Novak, but for one young woman who bore a startling physical resemblance to the killer's victims, it altered her life forever. She is the reason Joshua's reign of terror ended. She provided the evidence of his heinous crimes to Agent Novak.

In the furor following his trial, her father died, her mother suffered a mental breakdown, her fiancé left her, and she gave up her position as a Virginia socialite to flee from the harsh media spotlight. The woman's name is Caitlyn Cahill. She's Joshua's sister.

Now a new threat stalks the streets of Washington D.C., a killer with a macabre but familiar signature. Reid Novak is called in despite still being on medical leave leave to consult with his partner Special Agent Mitch Tierney at a scene of grim horror. It doesn't take long for Reid and Mitch to identify exactly what they have on their hands, a copycat of the nightmare case and killer that still haunted their dreams, Joshua Cahill.

A copycat who may intend to honor Cahill with a most grisly prize: his sister Caitlyn's corpse.

Tentler's sophomore effort evidences her increasing talent and gives her a firm footing in the romantic suspense genre. For all that I thoroughly enjoyed the first book in her trilogy, Midnight Caller, Midnight Fear is more tightly plotted and evenly paced, secondary and ancillary characters were offered a more significant amount of development, and the ancillary plot threads were a bit more expansive but more seamlessly woven into the overall. All were points I'd hoped to see from this promising new author as her trilogy progressed.

I was surprised and a little confused by the absence of crossover characters or storyline from the first book to this one. The series is advertised as a trilogy so I'm not exactly sure why there wasn't at least some connecting thread between them. The only one I could see is the FBI's Violent Crimes Unit. Both Trevor Rivette (Midnight Caller) and Reid are FBI agents with the VCU, but that's a slight connection at best. While the lack of a better one makes each book easy to read as a stand-alone, there's also nothing to point to and say, "I've got to keep reading this series because I have to find out what happens next!"

I enjoyed this book slightly more than its predecessor, which is a good thing, I think. The suspense threads worked a bit better for me here, were more tense and suspenseful, and I didn't get the slight sense of over-reaching contrivance I got in places in the first one. Nor, thank goodness, did the moments of protagonist stupidity that hampered the first book trend over to this one. I liked Reid and Caitlyn quite a lot, and I can't say the same about both Trevor (who I liked) and Rain (who I wasn't as fond of) in Midnight Caller.

Special props to Tentler for two very important things: I was surprised by the identity of the killer, and I didn't figure it out until Tentler started to drop the more obvious hints. I can't tell you how rare that is for me, and what a pleasant surprise when it happens. Even nicer (if you can call it that), the identity of the killer made sense to me in a sick, dark sort of way, instead of being too impossible/unlikely to believe. I appreciated that Tentler seemed to make a conscious effort to tie the threads all together.

The romance between Reid and Caitlyn was well done and felt organic to the characters and their situation. It was as low key and subdued as Reid and Caitlyn were in their lives and with their struggles. That fit perfectly with the tone of the book and the external conflict, but it was a little too low key and subdued for my personal taste to really thrill to it. My preferences lean a bit more towards the passion and intensity end of romance and I felt like there were a few places where the relationship between Reid and Caitlyn could have heated up a little and still remained true to the story and the characters.

If Tentler keeps firing on all cylinders like she is here, she's got a long and wildly successful career in front of her. Her characters are real people with real problems outside the main arc of the conflict. They have realistic emotional reactions and deal with things in a way that reflects a wide spectrum of human responses. In short, I believe them, more so in this book than the last, but I do believe them. I can't wait to see what comes next. Hopefully it will be something that ties the trilogy together for me more securely than just an FBI Violent Crimes Unit.