Blazing Hot and With Surprising Depth 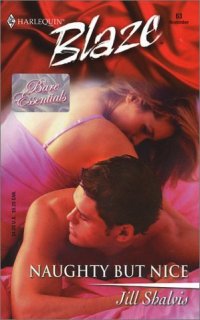 Shortly after her high school graduation ten years ago, Cassie Tremaine Montgomery kicked off the provincial dirt of Pleasantville, OH and headed to NYC to be someone. She had been considered a wild child, a girl from the wrong side of the tracks, the daughter of the town wanton. All she wanted was to escape poverty and keep her heart safe from the sort of betrayal and hurt she suffered at the hands of the town, and most notably the town sheriff. In the ten years since, she became a wildly successful lingerie model, earned wealth and fame, and had built an impenetrable shield around herself, keeping her vulnerabilities and insecurities safe behind a mask of urbane sophistication. Until a stalker shook her to her foundations and sent her fleeing to Pleasantville for safety, and maybe just a little revenge on a town that had turned its nose up at her all those years ago.

Sheriff Sean 'Tag' Taggart is through with high maintenance women, and at thirty-two, is looking towards his future with a comfortable wife who will be a partner and helpmate to him. When the calls start coming in about one Cassie Montgomery being back in town and stirring up trouble, he does what any self respecting law man would do, gives her a ticket and denies the instant, sizzling attraction. He recognizes that the prickly, obstinate woman is the exact opposite of his fantasy woman. A few years older and several classes ahead of her in school, he never paid much attention to the rumors about her being wild, but he could easily see the trouble in her eyes now. Still, something about the tense flash of pain when she sees him in uniform draws him closer, and soon he realizes that her chilly response to him and her brash exterior hides a deep well of old wounds and a soft heart.

She's resistant to anything but a good time, he's intent on forever, but no amount of incendiary chemistry will be able to save them when their past slams into them and strips away all the masks, walls, and preconceptions.

What a great Blaze! It offered up quite a bit more story than I expected. Yes, the sex is smoking hot, and the characters are sizzling together, but in traditional Jill Shalvis style, there's also a surprising amount of depth and a wealth development given to the characters to flesh them out nicely and provide some decent pathos.

Tag wasn't as complicated or messed up as Cassie, true, but I favor romance in which the male lead is the one looking for forever and the woman is the one that's cagey about settling down, and his issues with his father - while perhaps glossed over and underdeveloped - provided a few nice layers to his character. He wasn't perfect, thankfully, and there were a few times he acted like a jerk, which kept him human, certainly, but he was a generally decent guy and I liked how clearly he saw through Cassie to the special woman beneath the glamor.

Cassie, on the other hand, was truly a flawed character with no small amount of bitterness over a past that wasn't as unkind to her as she remembers. She drags her past around with her, memories of poverty and ridicule are painfully fresh, and she wears the heavy yolk of her mother's indiscretions like an ermine stole. As a result, she has built up a 'shoot first, ask questions never' sort of personality, so much so that the concept of simple friendship is utterly foreign to her. Normally that would make a character pretty unlikable for me, yet there was something about Cassie's genuine confusion and sort of adorable befuddlement over the smallest kindnesses that was appealing and tugged at my heart.

Tag's attempts to connect with the heart of the woman provided a lot of nice conflict as they both evolved and their life goals slowly changed to make room for each other. Of course, they had plenty of smoking hot sex during the process, but it's a Blaze - I'd be disappointed if they didn't.

My only real issues with the book were an abrupt and rather pedestrian epiphany that Cassie has after a single conversation with her mother and the underdeveloped and unnecessary stalker plot thread. It was superfluous and served as more of a predictable and boring distraction than an interesting companion to the romance. The book could have thrived just as well with Cassie's issues had Tag's character been given a little more internal strife, or the thread with his father been expanded.

Regardless, this was a totally likable book that offered more depth in both the characters and the story than I've seen in other Harlequin Blazes. It was a surprisingly satisfying, if less complex read by one of my preferred authors for light, humorous contemporary romances.

Return from Naughty But Nice to Contemporary Romance

Return from Naughty But Nice to One Good Book Home