Struggled with the Romance 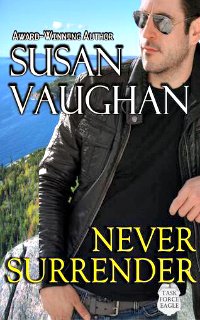 There is nothing Juliana Paris wouldn't do to protect her younger brother, even if it means withholding information from the sexiest man she's ever seen, DEA Agent Ricardo Cruz. Juliana doesn't trust cops and the DEA is just another type of cop agency as far as she's concerned. If her brother is in trouble, and it looks like he definitely is, Juliana will find him and she'll keep him safe. Keep him free. Fix whatever it is he's done wrong this time.

Except this time, Juliana discovers, there are worse things than sexy DEA agents looking to imprison her brother on drug trafficking charges. There is a vicious drug cartel who think she's got something that would incriminate them, and they're coming for her hard. With her brother on the run and Agent Rick Cruz breathing down her neck, Juliana may need to rethink a few of her trust issues. Her life - and the life of her brother - may depend on it.

This book started out okay for me. It didn't break any new ground in the genre, the story as a whole is a bit too generic and lacking in complexity and the suspense plotline is a bit too predictable, but both Juliana and Rick had moments when they really shone as characters, and I enjoyed their contentious interplay in the first half of the book. They made that part of the ride worth the trip.

I liked the solid foundation of personal history that shaped each of them as characters. Rick's loss of his brother was the source of his zeal to stop the cartel and take down its evil leader and Juliana's overprotective fervor for her brother and the desperation that drives most of her actions was born out of her own childhood traumas. Those were nice, organic touches that helped define the characters and added a layer of believability.

That didn't necessarily make them consistently appealing, though. Rick was a bit of a dog, actually. He's a good looking guy who appreciates all women...especially the ones he can charm into bed. And he's very charming. Just ask him. I liked him most of the time, but have to admit, there were times when he came off rather shallow and manipulative with that charm of his.

Juliana frustrated me. I can't say I disliked her, exactly, but she seemed to have a stubborn resistance to anything resembling sense in the first half of the book and it made her seem very immature. I understood, even sympathized at times with her desire to keep her brother safe, but I can't say she went about it in the best ways. Unfortunately, my biggest problem with her - and the book - came at just past the halfway mark, when out of nowhere she suddenly realizes she's in love with Rick - the same guy she's been openly distrustful of and withholding evidence from at every turn up to that point...and beyond.

I'm all for a healthy bit of lusty good times, but her love for him at that point in the story was way too abrupt and lacking in necessary foundation for my taste. In fact, I think I got a little whiplash from the shocking about-face.

Still, I think I could have accepted that shocker and still mostly enjoyed the second half of the book if the romance had been handled better from that point. Unfortunately, the chemistry between Juliana and Rick worked better for me before they got together than it ever did after. The relationship-centric scenes suffered from stilted, awkward dialogue that made me cringe in places and what little sexuality was included stayed closer to tepid, child-friendly levels of description. For fans of the more circumspect sex scene this might be a big plus for the book, but that's not where my preferences lie.

Too many other things went wrong for me from there, too. The brother Juliana is trying to protect comes off as selfish and a bit stupid, the thugs causing most of the trouble never really seemed all that threatening to me, and the plot threads surrounding the leak in the DEA office and the identity of the cartel's American partner were so anemic they offered nothing of substance to the plot. Between that and Rick's team, who lacked the definition necessary to give them any impact on the story at all, far too many of the golden opportunities to broaden the scope of the story or better layer the plot went unexplored and unrealized.

Had the romance not put such a damper on the read for me, maybe I would have been more forgiving of the limited suspense plot. This isn't a long book, so I'm less of a stickler in that regard. I may not have loved it, but I wouldn't have ended up as dissatisfied as I was. Unfortunately, too much of my overall impression of the story is hampered by what was, to me, a sometimes painful and odd romance arc. There were good points to both the characters and the story in this book, but the bad outweighed them for me this time.

Return from Never Surrender to One Good Book Home