Not The Fairy Tale of Our Youth 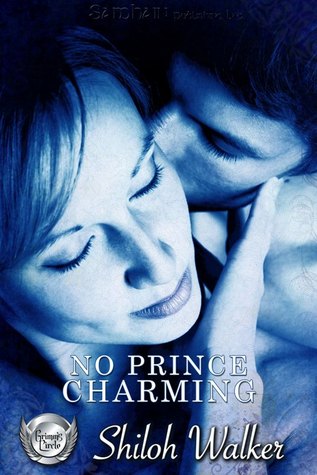 Over three hundred years ago, a young noble woman named Giselle was swept up in a wild romance with a man she knew only as Michael. She was the daughter of a baron, and unlike the fairy tale, she wasn't abused by her step mother, she wasn't hated by two step sisters - she only had the one, and that one was a friend and a sister to her. Also unlike the fairy tale, there was no happily ever after with Prince Charming for Cinderella. In fact, when she realized her Michael was the Prince Louis Michael III that had been betrothed to her step sister since they were both children, Ella realized the scope of her heartbreak. She'd given herself to a man who claimed to love her, but not enough to buck society and give up a well made match for such naive dreams as love. She ran from Michael and from their love.

And died doing so.

That night she rose again as a Grimm, a guardian angel that was tasked to go out in the world and save humanity from whatever evils threaten it. She never saw Michael again. And Michael never stopped loving her. He gave up his life for her, disappeared from history and from his family, and joined Elle on the side of the Grimm, and though he'd been told that one day he would get a chance to win Elle's forgiveness, and one day he'd be needed to risk his existence to save hers, he hadn't expected the wait to be quite so long.

Over three hundred years have passed. The call has finally come. Elle is on a mission to rid Sandusky, Ohio of a nest of succubi and incubi using a sex club as an all-you-can-eat buffet. She's called in her best friend and occasional lover, Ren, to assist her. She wasn't expecting the powerful Will, her boss and the Grimm's handler, to call an audible at the line of scrimmage...and she definitely wasn't prepared to see Michael for the first time in over three centuries. No Cinderella could prepare to see her Prince Charming after their chance at happily ever after had ended in agony, fear, and death.

I love this series and am so pleased with the originality of the concept behind it. Fairy tales we've loved as children have been brought into the present, their characters brought to life and their lives explained in new and fascinating ways. The Grimm brothers have nothing on Shiloh Walker, that's for sure. This dark, edgy series is ripe with sensuality and the depth of emotion that Walker portrays so well. I love the mythos she's created with her Grimm angels and think the twist on the HEA stories of old are unique and brilliantly imaginative. And Walker writes some smokin' sex scenes, too.

I got quickly hooked on this series when I stumbled across Candy Houses (Grimm's Circle, Book 1) and quickly downloaded No Prince Charming when I finished it. I was blown away by Walker's creativity and couldn't wait to get my hand on more of it. I wish they were longer, though. They're not quite what I would consider full length novels, but they're longer than most novellas, and they are bursting with so much potential that I can only wish they were longer to see more of it realized in each story.

In No Prince Charming, I wish more time had been spent on the development of the plot conflict and explaining more of the world of Grimm's Circle. I felt Candy Houses did that a bit more comprehensively than this one did, but there's still room for more. There was plenty of relationship development between Elle and Michael, along with those glimpses of their past which I enjoyed, but that and the sexual relations overshadowed the issue with the succubi and inccubi and I felt that aspect of the plot lacked a little definition and depth. I wish there'd been more offered to broaden the Grimm mythos, as well.

The complex emotional angst between Michael and Elle and Ren was handled very well, and I couldn't help but feel deeply for Ren with his love of Elle. I wish his character had been fleshed out a little more, but I'm thrilled to know his story is coming up next. I'm still not sure exactly who he is, fairy tale-wise, but we'll see. I wasn't totally sold on the sexual relationship between the three of them at the club. Despite it being set up as necessary to capture the succubus queen's attention, I felt the scene compromised the development of Michael as a character. He'd been vehemently opposed to sharing Elle in any way, shape, or form and it had been well documented that his rage was mindless when Ren touched her before, so his active participation and his permission for Ren and Elle to enjoy each other for the time being seemed really out of character.

There were a couple of other contradictions and plot holes, as well. Elle had indicated her gift as a reflector worked well on demons and humans but not on other Grimm. She could sense their emotion a little, but not reflect it back. Then she did several times with Michael. And Michael's gift of mind control somehow morphed into mental communication back and forth with Elle when needed. I found that a little convenient when he'd claimed he'd never even tried to use the mind control on a fellow Grimm before. There were a few other similar scenes that brushed against my ability to suspend disbelief, as well.

Despite those issues, I think Walker has a gold mine of opportunity with this series. The creativity and originality is unparalleled and I'm thrilled to see where the next road leads. Walker has never disappointed me when it comes to dark, gritty, emotional tales with complex characters and layered motivations, and this series is really showing off how impressive she is as an author both stylistically and creatively. I hope it continues for a good long time.

I would caution sensitive readers that while I don't consider this novella an erotica romance (there's more plot issues and relationship issues than sex), nor a menage a trois story, the sex is graphically described and the novella contains scenes of unconventional sexual acts as well as scenes of multiple partner sex and sexuality.

Return from No Prince Charming to Paranormal Romance

Return from No Prince Charming to One Good Book Home