Hit the Sin Bin Just Before the Buzzer 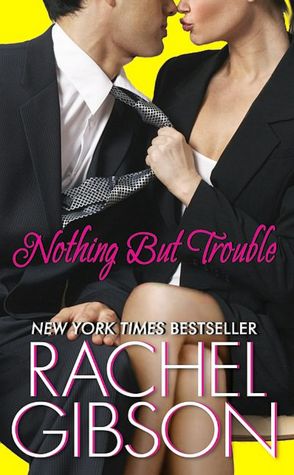 When he woke up in the hospital after a car accident that almost cost him his life, Mark Bressler knew his hockey career was over. Months later, the slow and incredibly painful rehabilitation process is no more crippling that the dark morass of self pity into which he's slid. Morose and beaten, he's lost everything that ever meant anything to him, and when his team wins the coveted Stanley Cup without him, it almost kills him. All he wants to do is sit in his huge house and be left alone with his Vicodan. The last thing he wants is another team-hired home health worker shoved in his face, doing everything but wiping his butt.

Chelsea Ross isn't in health care. In fact, she's an actress...sort of. Her short, busty appearance has landed her a few rolls as screaming victims in B-grade horror movies, and she's had a few other walk-on rolls in soaps and commercials. After hockey player Mark Bressler had fired, scared off, or offended all six of the health care professionals the team sent to him to help him recover at his home, Chelsea's twin sister Bo got her a shot at going in another direction. For a meager salary but a much-needed ten thousand dollar bonus if she can put up with the surly, rude bastard for three months, Chelsea is determined to use a combination of her acting skills and experience as an assistant to LA's near-elite to put up with him. Even if he is a total Tool.

Broken and wounded, Mark's bitter self pity lashes out at Chelsea again and again. Chelsea grits her teeth and takes it. Neither like each other very much. Or...you know...at all. But the sparks can't help but fly when the unstoppable Chelsea clashes with the immovable Mark, and the longer the friction, the hotter the fire.

Despite the fact that every sports-themed romance series I've read has at least one book centered around the player that can no longer play and the spunky, irrepressible woman who pulls him out of his funk, I didn't mind the plot of Nothing But Trouble. While it lacked originality, it was cute and entertaining, and had a slick, quickly-paced narrative with plenty of sharp back-and-forth dialogue that appealed.

I wasn't always thrilled with Mark, whose self pity wore on me as it progressed long into the book. A portion of his personality is understandable. He lost his career, almost lost his life, and spent months in constant, chronic pain. I can sympathize with that...to a point. Because in the end, its still a light sports romance and should be entertaining. For my tastes, Mark's attitude needed adjustment sooner than it happened here. Chelsea, on the other hand, was at turns enchanting and adorable, with a nice blend of quirky individuality and steady control. I liked her, and frankly, I liked Mark the best when he was interacting with her, though I suppose that's rather the point.

There were plenty of good points through most of the book and I enjoyed most of it as the light, fun read it's intended to be. And then suddenly, things took a less pleasing turn in the final two chapters. The formula of the romance almost demands that moment of exploding conflict between the protagonists, in fact, my overall impression of romances often rests on that conflict and subsequent resolution. The problem for me here was the impetus of the conflict seemed contrived, the conflict itself didn't seem very conflict-worthy, and Mark's reactions seemed inflated.

The resolution compounded the problem. From a story perspective, I felt Mark didn't redeem himself quite enough and Chelsea grabbed for that HEA too quickly despite it. More troubling for me was a perplexing timeline conflict that jarred me right out of the story (details containing spoilers provided below).

I have a fondness for light, sports-themed romances, and most of this book gave me several hours of reading entertainment. A couple of changes here or there and the final two chapters could have easily matched the preceding ones. I'm disappointed they didn't.

The balance of the review has been hidden because it contains spoilers. If you want to read it, simply click on the button below.

The conflict in the timeline centers around this comment Mark makes to Chelsea when he goes to her new job to apologize and tell her he loves her:

"The Chinooks sent another health care worker to my door this morning."

If that's true, that means he goes to Chelsea the same day that he has done the following:

Busy day. Not to mention that it was already established that Chelsea's cell phone disappeared the day before Mark shows up to talk to her. Jules would have had to snitch it before Mark even returned from Vegas and found out about Chelsea quitting. The rest, while I suppose was theoretically possible, was still implausible. And for the record, when a man intimates you're a well paid whore, he really should apologize for more than just not believing he loves you. Just saying. 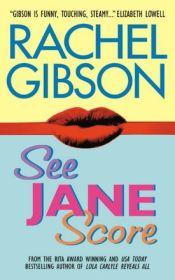 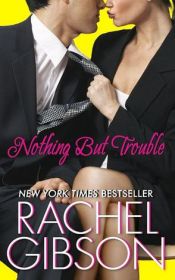 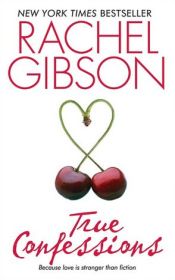 Return to Top of Nothing But Trouble

Return from Nothing But Trouble to OGBDA Book Reviews Home