I'm Afraid I Struggled With This One 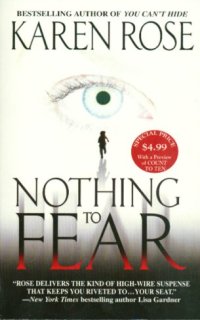 Dana Dupinsky gives everything to and would sacrifice anything for Hanover House, the woman's shelter she runs in Chicago. Despite a shoestring budget and the need for the utmost secrecy, her tragic past commits her to a perilous calling, taking in abused women and their children and offering them sanctuary and a new beginning. The toll on her is mighty, but her dedication is superseded only by her determination to prevent as many as she can from ending up as her mother did. As she almost did.

Against his better judgment, former Marine and current security expert Ethan Buchanan is in Chicago on the trail of the woman who kidnapped his godchild. Despite the rising body count and the terror of dealing with a psychopath, the child's parents refuse to call in the police, and now Ethan and his partner Clay are complicit in the swath of horror this unknown woman is spreading. A Chicago bus station is his last stop before he has no choice and has to turn to the authorities.

He'd just finished trying to get access to their security footage when a scream tears the fabric of the night. Rushing to the platform, he sees Dana, unconscious and wounded after attacking the mugger who had gone after an elderly woman. As soon as she opens her eyes and meets his gaze, his world shifts, and for the first time since his return from combat two years ago, something in Ethan knows peace.

But peace won't rescue his godson Alec, and peace won't stop a madwoman from ripping their lives to shreds. It's tragically possible that nothing will.

This is the sixth of eleven of Karen Rose's romantic suspense novels that I've read (though it's fourth in the published timeline) and while she's one of my favorite romantic suspense authors, I struggled mightily with this one for a lot of different reasons. While dark and gritty, and featuring one of the most conscienceless sociopaths I've read lately, not even Rose's technical writing aptitude and gift for story telling could captivate me here.

I found the first half of the book to be tedious and implausible, littered with characters acting foolishly, with far too many simultaneous plot threads spread over many different locations, and generally too heavily focused on the killer's point of view, a killer who readers are introduced to almost immediately. The problem with that last part is that it takes the mystery out of the suspense for the reader, and yet forces them to focus on reading the plodding clue following that the main characters are doing, and that's a style of suspense that doesn't appeal to me.

The romance between Ethan and Dana also strained my patience. Maybe I'm too jaded, but the first sight/soul mate/stars aligning and angels singing type of romantic kismet doesn't work for me in any but a few very select situations. It's just not realistic enough for me to be able to garner any willing suspension of disbelief.

Then there were the characters themselves. For the first time, I wasn't all that fond of either character. I couldn't understand Ethan's actions and his failure to put his foot down with Alec's parents about calling in the cops as the body count continued to rise, and Dana's sudden inability to let honed instinct guide her and to act against her nature while she almost completely ignored the welfare of a child seemed contradictory to the woman we first met in Karen Rose's first book, Don't Tell. And frankly, the idea of being able to get groiny all night when someone you love is probably being tortured and will soon be killed by a madwoman if you don't find her first just really bothered me. It put an odd pall on any romantic development for me.

And what's missing most notably from this book is exactly what sets Karen Rose's other books apart so favorably in the genre. She has an ability to draw readers into the characters' lives beyond the case that's ongoing, using secondary and ancillary characters and tertiary plot threads to help flesh out the characters and define them in situations unconnected to the suspense aspects of the book. Family and friends of the protagonists are used in ways beyond what's going on with the bad guy and it rounds out the characters nicely. This book lacked that completely in Ethan's case and what was offered in Dana's was far too limited and often, as with Evie, too confrontational to be enjoyable. As a result, the majority of this book focused around Alec's kidnapping and where Sue was hiding, with some ancillary plot threads that went mostly nowhere but weren't fleshed out anyway.

The second half of the book was better than the first, and I admit I enjoyed it far more when Ethan and Dana had gotten on the same page with what was going on. I also enjoyed renewing my acquaintances with Max and Caroline (Don't Tell), and police partners Mia and Abe (I'm Watching You). There's no doubt that Karen Rose writes impressive romantic suspense, and several scenes in the latter half of the book really gripped me. It just wasn't as pleasing to me as a whole package as the others of hers I've read. The stylistic differences, plot issues, and my problems with the characters kept this one from being more than just okay for me. 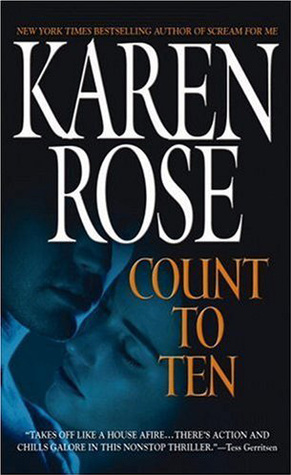 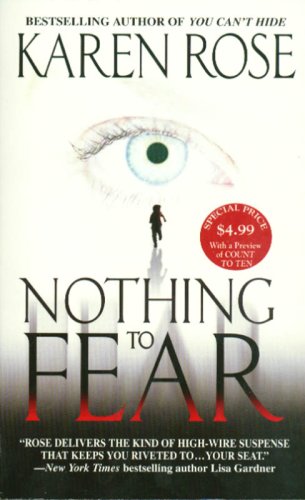 Return from Nothing to Fear to Romantic Suspense Genre

Return from Nothing to Fear to OGBDA Book Review Home