Had Trouble Connecting With This One 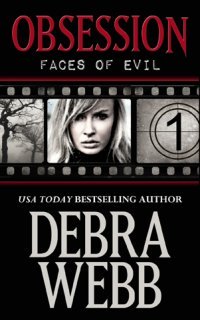 Disclosure:   An ARC of this book was provided to me by Forever Yours publisher Grand Central Publishing via NetGalley. This rating, review, and all included thoughts and comments are my own.

When she left her hometown of Birmingham over twenty years ago, Special Agent Jess Harris did everything she could to wipe the South from her voice and strike her past from her life. She excelled in her career with the FBI, became lauded as a criminal profiler, and spent several years being the go-to agent for stopping the worst of the worst. Then came the case that tilted her world on its axis, stripped everything from her in cacophony of bad choices and ego, and sent her hurtling back to the last place she wanted to be helping the last person she wanted to help.

Birmingham...and Chief of Police Daniel Burnett...have a potential problem on their hands, one Jess is both uniquely qualified for and highly trained to help them with, if she can keep a grip on the crushing emotion that comes from losing everything she's ever valued - including herself. After all this time, ten years since she last saw the man, twenty since she loved him, Burnett has contacted her to request her help on a case. He's afraid he has a serial situation on his hands.

Disregarding her last horrible, career-ending mistake, one that handed a vicious serial killer a Get Out of Jail Free card, Special Agent Jess Harris is the absolute best chance Birmingham has for finding whoever abducted four young women and stopping him before he can get another. Hopefully before the bodies start piling up.

Every once in a while I pick up a book that just doesn't quite work for me despite all the positives it has going for it. Obsession is a well-written suspense novel with a substantial plot and several solid characters. It has a hearty complexity in both internal and external conflict threads and features a sympathetic victim to engage readers and engender emotional connection. The police procedural and investigative story elements felt authentic and organic to the story, and they progressed at a steady and enjoyably readable pace.

In short, this book was a nicely conceived and crafted tale.

It should have worked for me, but it didn't. I have no major complaint about any part of the story, just minor things that bugged me a little as I read. I wasn't crazy about Jess, who, as the main character, struck me as too stubborn and convinced of her own infallibility to be truly sympathetic. There's a fine line between confidence and arrogance, and her personality seemed to waiver across that line more than once.

Not all the time by any means, and I certainly didn't think she was unlikable, but there were a couple of moments when I thought to myself that she obviously hasn't learned from the very mistake that put her career in jeopardy, because she keeps falling prey to the mentality that led her to make it. Then there was a scene in which bad behavior was actually rewarded. That was disappointing.

The romantic elements between her and Dan were also a bit of a downer. On one hand, they did manage to keep their professional focus on the missing girls and didn't let the stuff between them threaten lives, despite the amount of unresolved emotion between them. On the other hand, the emotional tension was a major story element that I felt got a little overplayed given the time they've spent apart and the maturity level they should have for their age. Again, not throughout the book, not even enough to cause a serious negative impact to the story, but enough that it niggled me more than once.

There was a decided lack of any real progress in their personal relationship, and an absence of a satisfactory resolution. This is not the sort of romantic suspense that ends with a Happily Ever After for the main characters. Even though I knew this is the start of a series and wasn't expecting a big HEA moment, I was hoping for more progress than I got after all the angst both characters gnawed on throughout the story. A Happily For Now moment would have been nice.

My biggest issue with this read, though, is one I don't completely understand. I never felt any particular connection to the plight of Andrea, one of the young women abducted and a character we see sporadically as the search for her progresses. Even now I'm not sure why. It wasn't badly written. There was nothing wrong, per se. I just found the scenes from her point of view lacking in suspense and appreciable threat, and my emotions never really engaged for her or the other girls.

It's frustrating having to acknowledge a general feeling of dissatisfaction without being able to pinpoint exactly why. I will say that I felt the scenes that feature contact with the serial killer from Jess' past were some of my favorites in the book. Now that was some plot-driven tension that packed a punch, and the ending of this book had a twist and a shock I wasn't expecting. It got me interested in finding out what happens next.

A warning to fellow cliffhanger-haters: the conclusion of this book is a definite lead-in to the next and could be considered a cliffhanger. Despite my normal loathing of cliffhangers, I didn't really have a problem with it here. This book did tie up all the main plot threads for this story, and I already had the next book when I started this one. That helps.