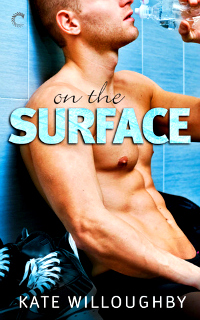 Disclosure:   An ARC of this book was provided to me by both the author and Carina Press via NetGalley.

Being traded to a new team isn't fun, but it could be just what NHL player Tim Hollander needs for a fresh start in a new town, a town where he's not as haunted by the memories of the daughter he lost to a cruel disease at too young an age. Now he has to win over the fans of the San Diego Barracudas while he fights to prove himself on the ice to the team that's taking a chance on him. He has to be focused. Work harder than he ever has. Avoid distractions.

It's a good plan. A workable plan. And it's a plan that gets blown to hell the minute he meets the feisty, fiery Erin Collier at a publicity event.

Erin doesn't know a thing about hockey, but she knows the doctor she's interested in catching is a big fan. Seeing the publicity event at a nearby restaurant when she stops to pick up lunch seems kismet. She can get an autograph from a famous player and turn that into the sexy doctor's appreciation.

When that quest for autograph turns into an altercation with a belligerent fan, it's Tim Hollander that comes to her rescue, and soon Erin is forgetting all about that sexy doctor. She's too busy learning all about hockey...and even sexier hockey players.

I love a good sports romance. Doesn't matter the sport, really, though I do favor football and hockey. Great news for me, then, that Kate Willoughby hits the ice with sexy, romance-y, hockey playing fun in this new series. I've had a fan girl crush on Willoughby since her Be-Wished series (paranormal romantica fans should check that out), so when I found out she was working on this, well...lets just say there was squeeing and happy wiggling and leave it at that. It was embarrassing, really.

But I was so happy!

It's a more mainstream romance with a tamer sexuality level than her Be-Wished series, but it has the same depth of emotion and story that got me hooked on Willoughby's writing to begin with. It also has a nice mix of sports and romance. The hockey elements never felt superfluous, or just a convenient backdrop for the romance. Instead, it was given enough attention, detail, and significance to the story and the characters that it became one of the defining factors.

I would have liked more time spent with Tim's teammates and a closer look inside the team's locker room, though. Tim and Erin's story, while charming, cute, and brimming with emotion and sexy good times, was also fairly straightforward and didn't have many ancillary plot threads focusing on detailing Tim's life as a hockey player or his relationships with fellow players. There were a few ancillary characters and plot threads that were introduced early in the book, but the threads petered out and those characters didn't make much of an appearance once the relationship arc between Tim and Erin heated up and commanded the story's focus.

That's not really a complaint, because I liked the story as it is just fine. I just think a few more layers of could've propelled it into the love range for me.

The characters didn't have quite the same level of appeal to me as their story did, though. There was nothing wrong with them. I don't mean that. In fact, I can't imagine a more heartbreaking trauma to survive than the death of a child, so Tim in particular tugged at my heart strings from the beginning. I never begrudged him his completely understandable issues, even though they did telegraph a major wrinkle in the relationship with the husband-and-kids-wanting Erin.

My problem was that Tim was just slightly more in touch with his hearts-and-flowers emotional side than I prefer in my romantic heroes, and a bit too quick to fall wholeheartedly into love with Erin. And Erin, though feisty and determined, with a generous heart and giving nature, was just not the sort of woman I can easily relate to.

She was nice. Truly, there wasn't a single bad thing about her. It's just...the book introduces her while she's trying to catch Dr. O's romantic interest by baking for him until he loves her. That was way too Fifties Housewife for me to feel comfortable with her as the romantic lead and it left me with a less than favorable first impression that lingered well into the book. Even after that improved, I struggled to relate to her long term goals and desires. She was just a bit too much of a gender stereotype for me.

But there were great things in the book, too. Things that touched me, or made me grin, or even tear up a little. The story was great. The hockey was great. The writing was great. The characters just weren't quite up there for me. I still got a total feel-good buzz by the end, and I'm looking forward to Willoughby's next installment. It's sports romance. It's hockey. It's Willoughby. I'm so there.

The cat was not only out of the bag, it was fucking running around knocking shit over. 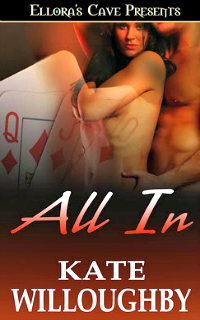 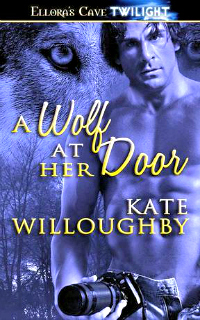 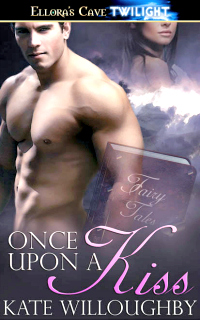 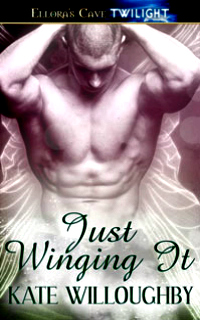 Return from On the Surface to Contemporary Romance

Return from On the Surface to Sports Romance

Return from On the Surface to One Good Book Home