A Simple Man, A Complex Mystery, A Great Read 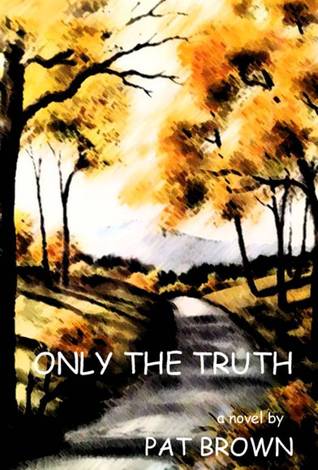 He found her standing by the railroad tracks, a small suitcase at her feet. Billy Ray didn't know who she was. Didn't know how long she'd been there. When he approached her, and she gazed at him quietly, he had no idea what to do with her.

Even after two years, Billy Ray doesn't quite understand Charlene, but he also doesn't much figure he needs to. He knows he is no longer alone. He knows he likes talking to her, being with her. He loves when she smiles at him, or calls him "Sweet Billy Ray." He figures he loves her and stops remembering what his life was like before Charlene came into it.

Then the old man moves in across the street. Billy Ray doesn't know if that man is responsible for the change in his Charlene, he just knows she stops smiling, stops dancing with him, and stops sitting outside altogether after the day that old man knocked on their door. Oh...and he knows that Charlene burned the old man's house down. With him in it.

Billy Ray has no idea why his Charlene would kill the man. Maybe he just isn't smart enough to ever understand why she would do something like that. But even as Billy Ray reels in shock and loss, the hits to his heart keep coming, because Billy Ray finds out Charlene hasn't been honest with him. About anything, near as he can tell. And the truth she's so carefully hidden may just kill him.

Reading as much as I do, I'm always thrilled when I stumble across surprising little gems like this one. I loved this book. It's not a perfect read. There are some technical issues, and I had a few minor quibbles with some of the story elements, but I absolutely adored Billy Ray as both the narrator and the main character of the book and his story not only kept me guessing, but had my emotions twisting and turning even more than the plot did. And that's saying something.

Billy Ray is a simple man who had led a small, solitary life until he met Charlene. He's definitely uneducated, and either he has a mental handicap or he's just slower than the majority of the world. I couldn't quite decide which, because there were moments of surprising, albeit uncomplicated, wisdom in him, and he saw to the heart of things more clearly than others in several instances. He also touched my heart with his unadorned view of the world and the people in it.

Billy Ray's almost innocent simplicity is reflected in the narrative throughout the book, and combined with the mostly rural setting of the story, it lends the read a timeless feel that made it hard to pinpoint just when the story was set. It could been set anywhere in the latter half of the twentieth century or the beginning of this one. The suspense elements of the plot, however, weren't quite so feel-good and innocent.

In fact, from the moment Charlene's past starts to catch up to her, Billy Ray's life takes a turn and his story grows more and more compelling. I enjoyed it so much, and was both intrigued and confounded by the myriad of plot twists that kept me off balance and guessing blindly along the way. Billy's emotional journey throughout, and the revelations he experiences along the way kept me riveted to the pages. I was particularly impressed with how large a role his mental disability played in making all of the darker story elements really gel.

I did have some minor concerns with the few police procedural elements alluded to in the story. I'm not sure I was completely on board with just how badly two separate murder investigations were run, even though I understood that there were two small town sheriff offices with limited experience and resources involved. It still seemed a fairly convenient reason for so many things to be handled so poorly.

More troubling to me than that, though, was the lack of a proper explanation for a plot thread that played a major role in the story. The name on the back of the picture was never explained and it stopped being mentioned entirely before the end of the book. It was just left dangling as if it was no longer important, but the action of more than one character was significantly affected by it. It was disappointing.

That said, the way Billy Ray slowly delved deeper and deeper through layer after grim and gritty layer of the details of Charlene's life - both willingly and unwillingly - was so masterfully done that I spent every minute of the last half of the book hanging on every word. I know I said it before, but I loved him so much. And I loved this book.

I want this book. Thanks for the review.

I hope you get it and enjoy it as much as I did, Julia!

Return from Only the Truth to Genres

Return from Only the Truth to OGBDA Book Review Home